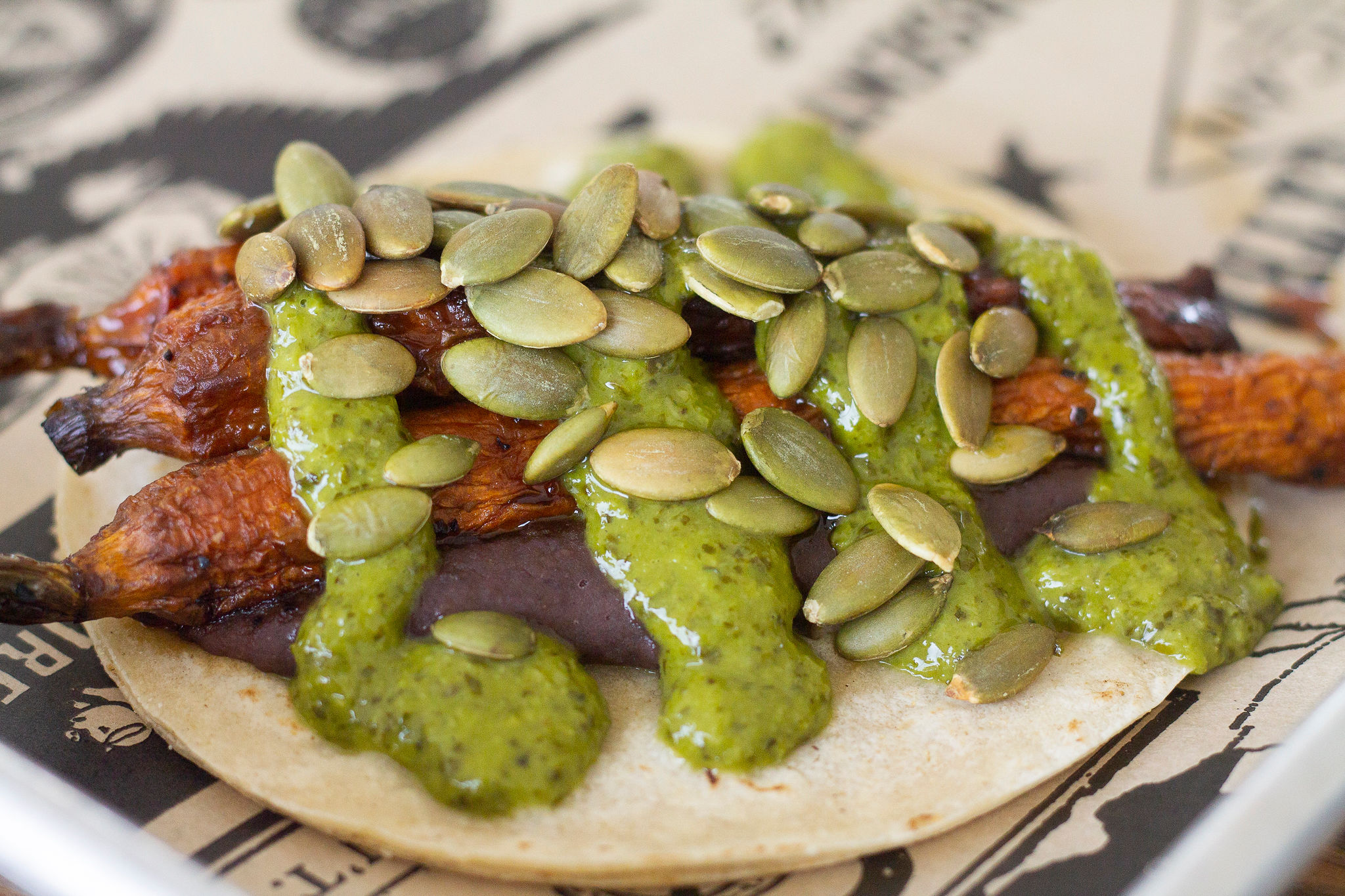 Though there are still few purely vegan restaurants in town, vegan-friendly dishes are increasingly popping up on local menus.

Whether it’s adding vegan cheese to the roster of pizza toppings or whipping up some delicious meatless tacos, here are 10 offerings from restaurants around town.

This “contemporary Southern diner” in Mid City is serving up some vegetarian goodness in The Mighty Lite: grilled cauliflower and broccolini paired with gremolata and spice candied almonds. Ordered as is, it does come with some shaved Parmesan, but can be made fully vegan with a quick modification.

At Jay Ducote’s political-themed taco joint in Mid City, the heavy-hitting vegetarian tacos are here to change everything you thought you needed on a taco. The Vegetation Proclamation boasts fried red potatoes, red beans and rice purée, grilled onions and pickled jalapeños (to go vegan, ask for it without the cotija cheese), while The Magna Carrot offers cane-glazed carrots, black bean purée, chimichurri and pepitas (ask for it without the goat cheese). The menu also includes some vegan shareables like the Black Bean Dip-lomat, Three Branches of Salsa and the Yucca Vote fries.

The Perkins Road overpass spot gives you some creative control over its Veggie Plate. It starts with marinated herb grilled eggplant, zucchini, squash, bell peppers, herbed ancient grains and rustic grilled bread, and diners can then choose from four vegan sauces and seven vegan sides to round out the spread.

This Bennington Avenue spot is a staple for vegan burgers, sandwiches, soups, salads and even desserts. Its fried chicken sandwich has always been mouthwatering, with oyster mushrooms, chipotle sauce and pickles on a whole-wheat bun, but the hot honey sauce on this version takes it to the next level.

Topped with tomatoes, asparagus and a Paleo pesto, the downtown restaurant’s take on zoodles makes for a light and refreshing lunch.

The Government Street eatery has always been a local hub for vegan hubs. A standout among its array of vegan and vegetarian options is the BLT, with coconut bacon, lettuce, heirloom tomatoes and avocado topped with vegan garlic aioli.