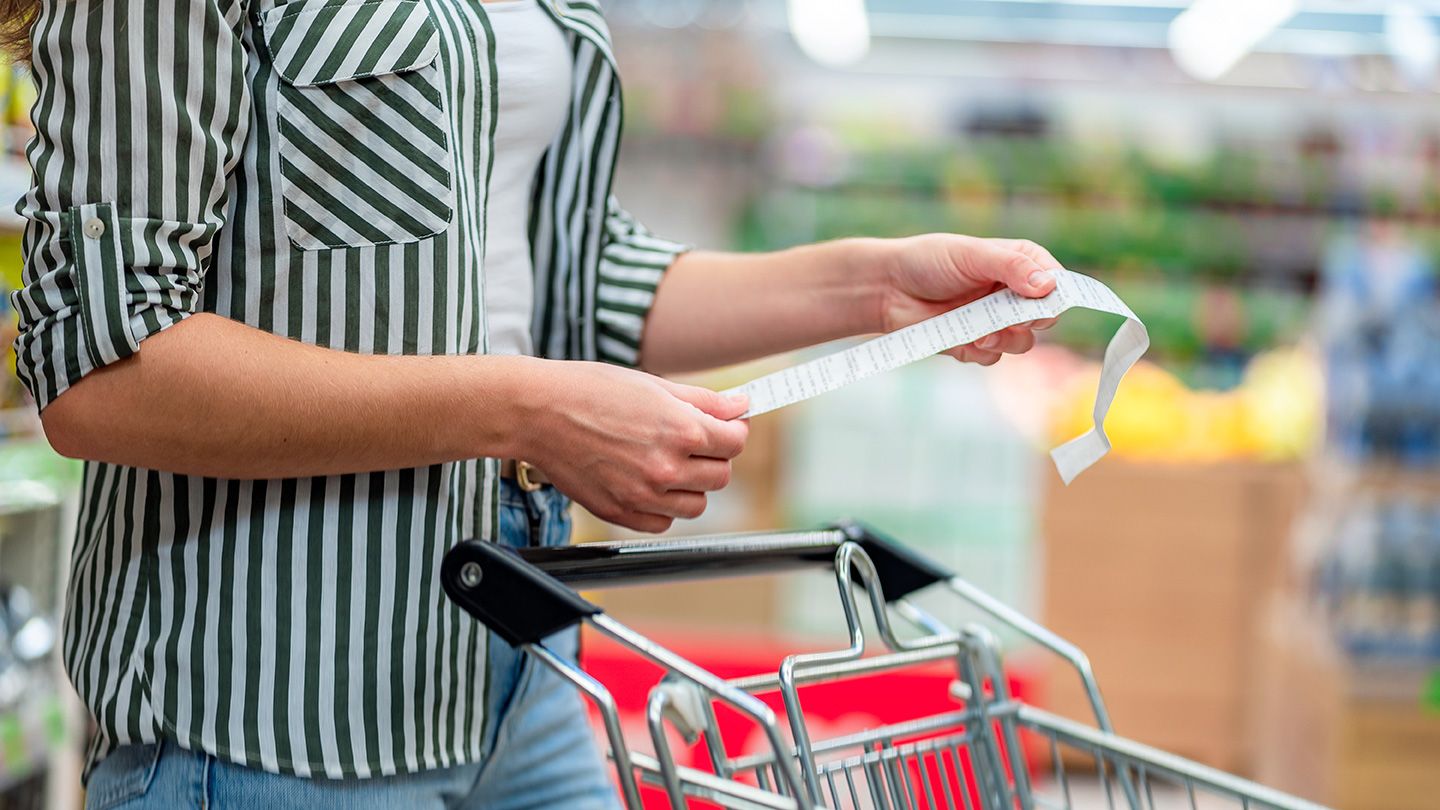 Even if you weren’t a fan of grocery shopping before, you’ve likely noticed a new reason to dread it: sticker shock at the checkout. Inflation in the United States rose 9.1 percent compared with last June, according to the U.S. Bureau of Labor Statistics, and the U.S. Department of Agriculture (USDA) Consumer Price Index (CPI) forecast predicts that food in particular will see upward of an 8.5 percent price increase in 2022.

While that news is bad, it doesn’t necessarily mean you should resign yourself to a new regimen of packaged ramen once a day. Eating cheaply doesn’t have to mean sacrificing nutrition, and you might be surprised to discover that many options are healthier than their more expensive counterparts.

“Better pricing options may exist for those products that use less labor and energy to get to the grocery store shelf,” says Scott Brown, PhD, an associate extension professor at the University of Missouri’s College of Agriculture, Food, and Natural Resources in Columbia. Encouragingly, he also expects the growth in the CPI for food to slow by late fall this year. Until then, try these grocery trade-offs that will benefit your body as much as your bank account (prices may vary by region and change at any time).

“Breakfast cereals aren’t just pricey, they’re easy to overeat and aren’t that filling,” explains Samantha Cassetty, RD, a plant-focused nutrition and wellness expert and co-author of Sugar Shock. Research shows that oats contain a type of fiber known as beta-glucan that makes them more filling, she adds. In one study comparing an oat-based breakfast cereal with oatmeal, oatmeal comes out on top because it contains more beta-glucan, which helps suppress appetite, Cassetty explains. “Participants in the study ate less at lunch after the oatmeal breakfast, which might translate to cost savings, too,” she says.

Per the USDA, a quarter-cup of granola, an oat-based cereal, has slightly fewer calories per serving than the same amount of steel-cut oats but also less protein, half the fiber, and five times as much sugar.

“The price of soda has gone up, and on top of that, soda doesn’t have any nutritional value,” says Cassetty. While regular soda is one of the top sources of added sugars in our diets, according to the Dietary Guidelines for Americans, diet sodas may not be any better. A study published in 2019 in JAMA Internal Medicine found an association between drinking two or more artificially sweetened beverages a day and increased risk of premature mortality.

Cassetty recommends replacing both with seltzer water, a bubbly drink that will still satisfy carbonation cravings. You can get a 2-liter bottle of store-brand seltzer for under a dollar, less than half of Coca-Cola’s $2.29 price tag. If plain seltzer doesn’t do it for you, Cassetty recommends a naturally flavored variety (for around 79 cents per liter). “You can always add a splash of 100 percent juice to make it sweeter,” she suggests. “It has vitamins, minerals, and antioxidants but no added sugar.”

Of all the aisles in the grocery store, the meat counter is undoubtedly hurting shoppers’ wallets the most. Animal-based proteins have always been the pricier picks on shopping lists, and now, according to the USDA, a New York strip steak goes for a staggering $11.48 per pound (lb). “Higher ground beef prices may signal that consumers have been buying more ground beef products and less steak to lower food bills, but that has driven [the price of ground beef],” explains Dr. Brown. According to the USDA, during the week of July 15, 90 percent lean ground beef cost an average of $5.29 per lb, up from $4.71 during the same span the previous year.

To counteract demand and save money, try incorporating more plant-based proteins in your meal plan, like lentils, recommends Cassetty, which are affordable (a 15-ounce can of organic lentils costs $1.30) and have a much longer shelf life. According to the USDA, a half-cup of red lentils packs 26 grams (g) of protein and a bonus 30 g of fiber, while 4 ounces of 90 percent lean ground beef has just 22 g of protein and no fiber.

“If you’re not ready for an entirely meatless meal, you can stretch your meat dollars by bumping up the veggies and other plant foods in your meals with meat,” Cassetty adds. “Make a grass-fed beef and lentil taco mixture. Fill 25 percent of your plate with tacos, 50 percent with veggies, and 25 percent with whole grains, such as brown rice.”

The national average price of bacon from July 15 through July 21 was $6.48 per lb, per the USDA; meanwhile, 85 percent lean ground turkey sausage was almost half that at $3.51 per lb. Because ground turkey has less saturated fat than bacon, it’s the healthier choice of the two, according to Cassetty. And research has linked processed meats like bacon, hot dogs, and cured sausages to type 2 diabetes, cardiovascular disease, and cancer. That’s why Cassetty recommends having bacon no more than once a month.

Poultry is a popular lean protein — and an extremely versatile one, too — but prices have skyrocketed more than 16 percent since last year, according to USDA data. You don’t have to give it up entirely, but making smart choices about which cuts you buy can shave dollars off your bill and deliver more nutrition as well. Chicken wings are mostly bone and, traditionally, aren’t prepared in the healthiest ways (think: deep fried and sauced). That’s a lose-lose situation if you’re trying to eat healthy and get the most bang for your buck. Instead, opt for a whole chicken, which is less money per pound (averaged at $1.20 versus $3.53 for wings, per the USDA), and enjoy it for multiple meals. As long as you don’t fry it and you remove the skin, the whole bird is full of lean, healthy meat that can be served up in salads and alongside veggies. Even dark meat, while slightly higher in fat, is a good source of iron and other micronutrients.

A container of Sabra Classic Hummus costs around $4, whereas a can of chickpeas is 79 cents. You can easily make your own, preservative-free hummus (and other dips) at home by blending chickpeas (or any bean, really) and adding your preferred seasonings. Not to mention, chickpeas can also serve as a protein in salad or a healthy roasted snack.

If you usually buy organic meat, Casetty notes that you can swap in antibiotic-free poultry to take it down a notch, price-wise. “Antibiotic resistance is a big concern, and the use of antibiotics in animals is a big contributor to this,” she says. “So while the ‘raised without antibiotics’ label doesn’t address the animal’s living conditions or the environmental benefits of choosing organic foods, you’re still taking a big step.”

When scanning labels for “no antibiotics,” look for a USDA seal of approval, too — that means the manufacturer proved its animal-raising practices to the agency. Otherwise, you’re taking the brand’s word for it, which, unfortunately, isn’t always honest. Other vague antibiotics phrases used on packaging include “raised without antibiotics” and “no medically important antibiotics,” per Consumer Reports, the latter of which means that antibiotics typically prescribed to humans weren’t used in production — not none at all.