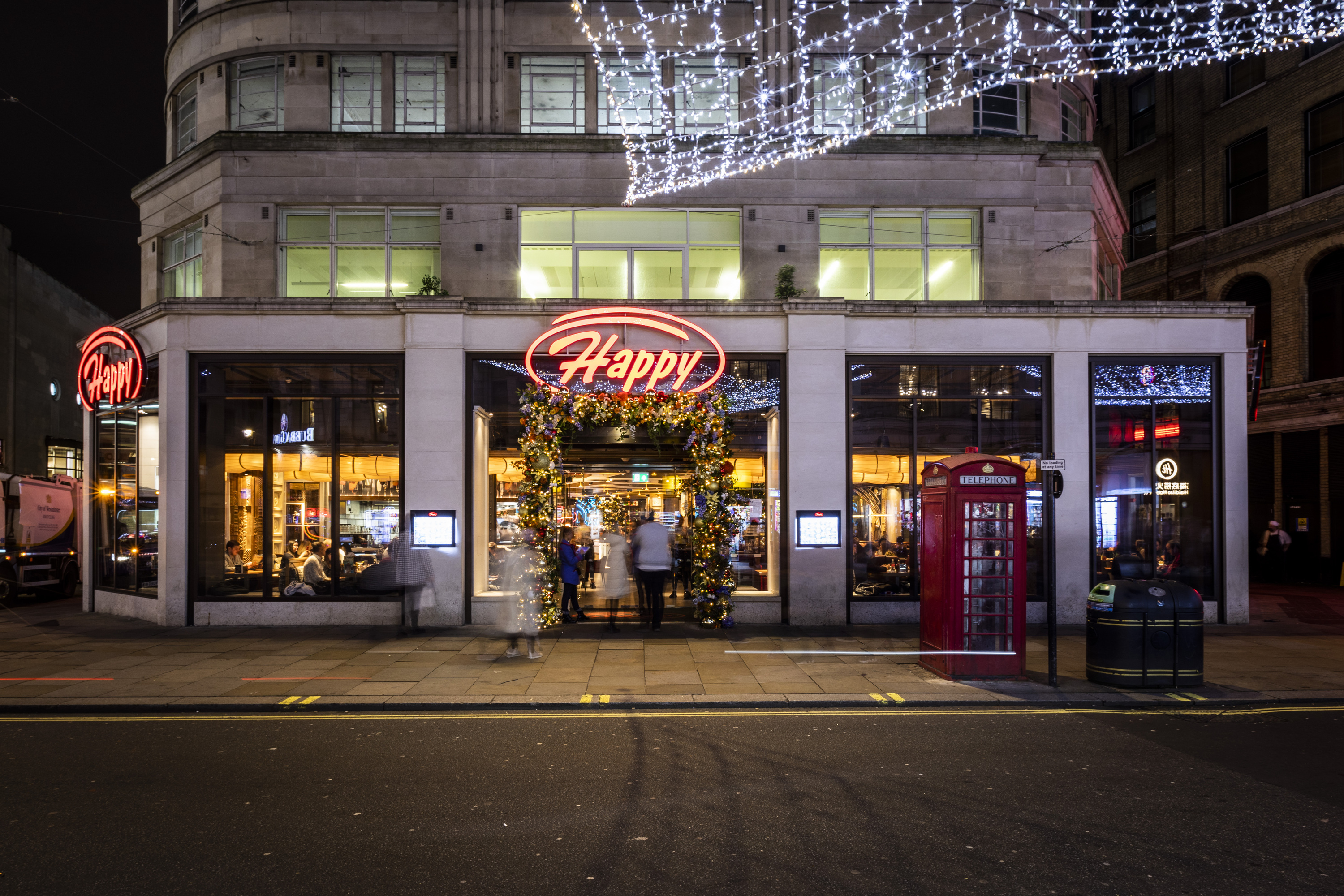 Picture ‘London’s Best Restaurant’ and you’re probably getting images of some kind of white-tableclothed affair where diners are plied with elaborately-plated, rarified little morsels. Or maybe somewhere edgy and hyped, that’s got food critics frothing over its game-changing approach. Well, your mental image would be wrong. The quixotic minds behind the fourth edition of the British Restaurant Awards have decided that London’s top spot should go to… Happy, a fast casual diner that serves up reasonably priced burgers, salads and pasta dishes in Piccadilly.

Happy is part of a chain that has 40 other outlets across Europe, mostly in its native Bulgaria. Sample dishes from its menu include Cheeseburger Rolls (think spring rolls, with a burger-style filling) for £9.99, the cheese-filled Be Happy Burger for £13.79, and the Nutellasagna for £7.99, which layers pancakes and chocolate sauce. No professional restaurant critic has so far deigned to give their verdict on this celebrated spot. But Google reviews offer mixed opinions. Most are positive, praising the speedy service (each table is equipped with a button to call staff over) and the crowdpleasing fare on offer: ‘The food is soo tasty, delicious and juicy,’ said one visitor. But not all customers are as thrilled. ‘The food was average in my opinion, my fries were cold and dry,’ said one punter. Another writer compared it unfavourably with TGI Fridays, saying: ‘It’s ok but found it slightly disappointing. Not that impressive with the portion size’.

A clue to Happy’s top spot could come from the judging process behind the British Restaurant Awards. The initial entries in each category are chosen by readers of Chelsea Monthly magazine, The National Post, Brand Weekly and members of the World Restaurant Awards Guide. And then, the final winners are chosen by public vote. So the places that get rewarded are never going to be hyped spots where it’s impossible to get a table: they’ll be places ordinary Londoners are going to and enjoying, and that are good at drumming up plenty of people to vote for them.

Read on for their full list of London awards, which also include a gong for beyond-bougie Mayfair restaurant Miro – purveyors of a caviar dish that costs a whopping three grand. What a city of extremes, eh?

Restaurant of the Year: Kutir, London

A new bistro run by Ukrainian refugees has just opened its doors.