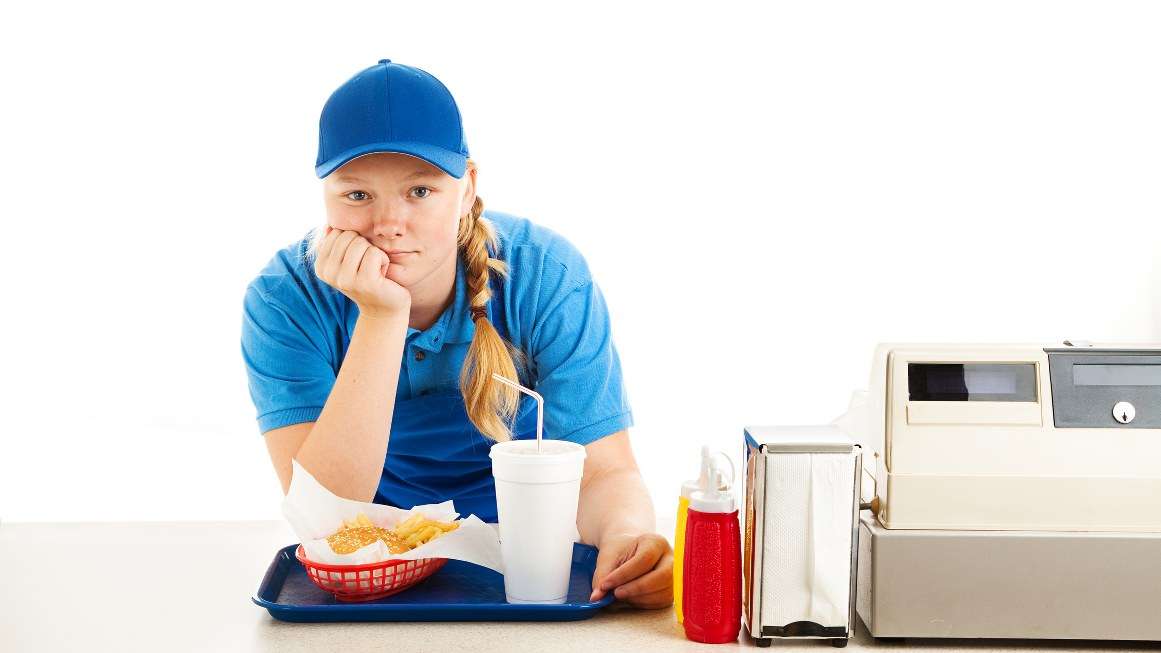 Why start your own business when you can tell other people how to run their operations without doing any of the work or assuming the risk yourself? That’s the apparent theory behind California’s A.B. 257, a bill just passed by legislators that would establish a council with the power to set wages and working conditions for fast food restaurants. It’s a measure likely to kill jobs, guaranteed to cause headaches for business owners, and that will probably prove a boon for the automation industry as well as for fans of failed experiments in 20th century authoritarian government.

“This bill would enact the Fast Food Accountability and Standards Recovery Act or FAST Recovery Act. The bill would establish, until January 1, 2029, the Fast Food Council (council) within the Department of Industrial Relations, to be composed of 10 members to be appointed by the Governor, the Speaker of the Assembly, and the Senate Rules Committee, and would prescribe its powers,” reads the text of A.B. 257, which passed both the Assembly and the Senate. “The purpose of the council would be to establish sector-wide minimum standards on wages, working hours, and other working conditions related to the health, safety, and welfare of, and supplying the necessary cost of proper living to, fast food restaurant workers, as well as effecting interagency coordination and prompt agency responses in this regard.”

Jurisdictions with populations greater than 200,000 could establish their own local councils to advise the state body regarding further regulations. Restaurant chains will be subject to the councils’ rules if they have 100 or more national outlets.

“In the wake of a pandemic that has been especially brutal to women of color and their families, our policy makers in Washington, D.C., have yet to make the investments we need to support caregivers and help families thrive—or to ensure that the economy is producing good, well-paying jobs in the face of rising inflation,” argued a coalition of progressive and labor groups in a letter dated August 10. “With A.B. 257, fast-food workers will win a seat at the table with decision makers and will gain the ability to shape industry-specific solutions to longstanding problems.”

If the idea of joint state-industry-labor councils dictating terms to nominally private enterprise sounds familiar, that’s because it’s been tried before. In 1934, The New York Times reported the creation in Italy of “22 councils of corporations to regulate all business” consisting of representatives of employers, employees, and government. The councils were responsible not just “for the administration of labour contracts but also for the promotion of the interests of its field in general,” as noted by the Encyclopedia Britannica.  A.B. 257 doesn’t go quite that far, yet, but it certainly moves in that direction. To paraphrase Tom Wolfe, the dark night of fascism is always descending in Florida and yet lands only in California (though Florida has its own occasional bouts of authoritarianism).

The legislation not only resembles to a disturbing degree collectivist authoritarian experiments of the past, it also repeats their economic errors.

“A.B. 257 … would impose increased employee costs and onerous new workplace rules at a time when many are still struggling to get back on their feet after the devastating impacts of the government mandated COVID closures,” objects the California Restaurant Association, which represents the industry.

“The economic literature on minimum wage increases has become murkier in recent years, but the overwhelming majority of economists agree that large minimum wage increases in excess of productivity gains means that employers will operate at a loss as far as the effected workers go,” cautions the Cato Institute’s Michael D. Tanner. “It is unclear whether the Councils could prevent fast‐​food franchises from laying off workers in the event of higher labor costs (already automated kiosks are replacing many fast food workers), but there is nothing they could do to prevent some franchises from closing down and leaving the state.”

As Tanner notes, raising the cost of labor makes it increasingly attractive for employers to replace human workers in existing restaurants and to plan future restaurants with a preference for automated systems over human employees.

“Increasing the minimum wage provides economic incentives for firms to adopt new technologies that replace workers,” Scott A. Wolla and F. Mindy Burton noted last year in an analysis for the Federal Reserve Bank of St. Louis. “That is, a higher minimum wage raises the cost of labor and increases the range of tasks that are susceptible to displacement by automation—especially the tasks of minimum wage jobs, which tend to be labor intensive and composed of low-skill tasks. For example, consider the self-checkout lanes at grocery stores and digital kiosks at a fast-rood restaurant …”

As that analysis suggests, the push in recent years for higher minimum wages has already spurred restaurant chains, including McDonald’s, to adopt self-service kiosks for ordering and robots for food preparation. The provisions of A.B. 257 can only make flesh-and-blood employees that much more expensive and uncompetitive.

Even government officials aren’t all enthused by the legislation’s vision of corporative decision-making for the fast-food industry. California’s own Department of Finance opposes the bill because of the high costs and regulatory fragmentation it poses. Gov. Gavin Newsom has yet to indicate whether he’ll sign the measure.

As it stands, California already offers a difficult environment for businesses to navigate, with a significant existing regulatory apparatus and a high minimum wage.

“States at the bottom of the list continued to suffer from reputations for high taxes, regulation and costs of living, with Washington at No. 46, followed by New Jersey, Illinois, New York and California,” Chief Executive magazine noted this year in its annual rankings of best and worst states for business.

If already substantial interventions in the market haven’t achieved the utopia that progressives desire, the fault may not lie with what’s left of economic freedom, but with the interventions themselves. Subjecting nominally private enterprise to the dictates of collectivist councils didn’t do any favors for 1930s Italy, and it’s not likely to have a better outcome in California of 2022.