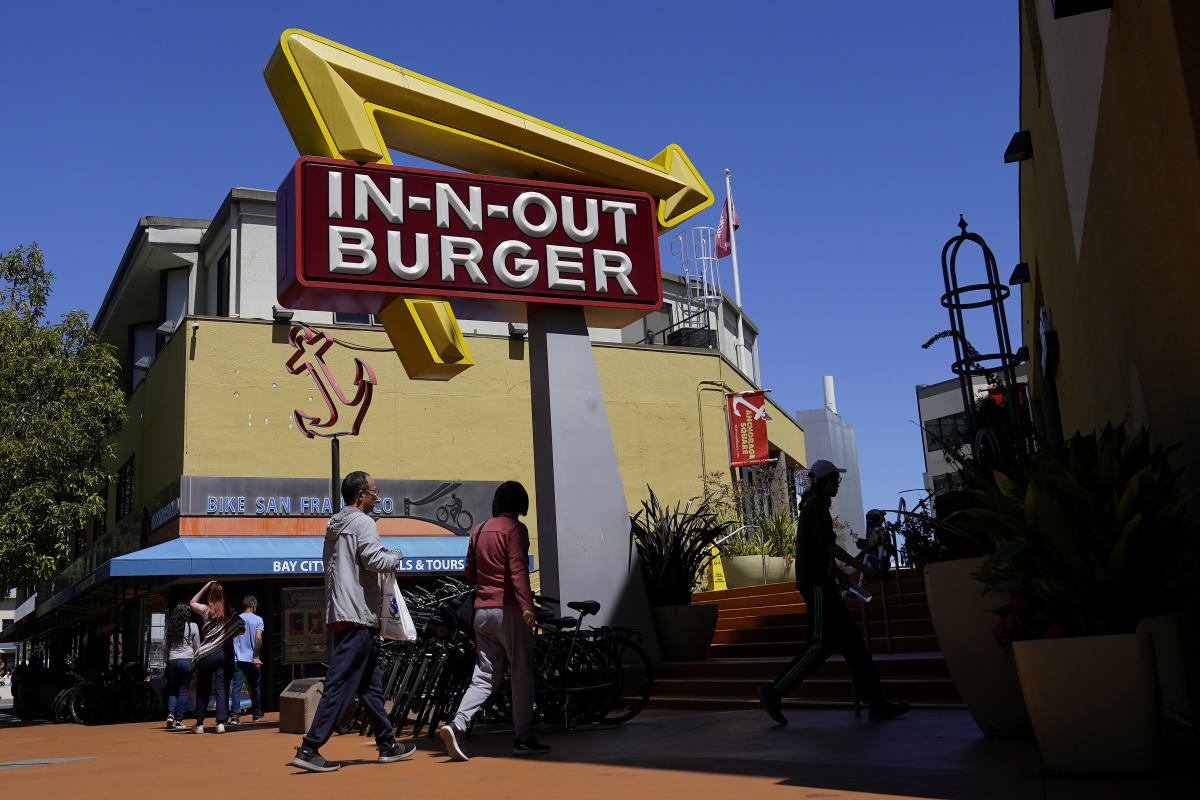 SACRAMENTO, Calif. (AP) — Since she came to California from Mexico 24 years ago, Maria Bernal has been supporting her family by often working two jobs at fast food restaurants.

But she says she wound up living in a small Kia with her two youngest children, then ages 3 and 15, for six months after she lost her housing in 2019 when one of her employers began paying her minimum wage for eight hours even when she worked a 16-hour double shift.

Union organizers and other advocates say such wage theft and other exploitation is common in the fast food industry, particularly for women and racial minorities who make up many of California’s more than half-million fast food workers. The industry denies such abuses are widespread.

Bernal and more than 100 others who recently rallied outside the state Capitol are pinning their hopes on groundbreaking legislation that would give fast food workers increased power and protections.

The proposal awaiting final action before the California Legislature adjourns Wednesday would create a new Fast Food Council made up of four workers’ delegates alongside four employers’ representatives and two state officials that would set minimum standards for wages, hours and working conditions in California.

Bernal said she hopes the council would give workers like herself “a seat at the table where they will respect us more and not allow wage theft to happen, and also importantly that we won’t be afraid of retaliation.”

Restaurant owners and franchisers say the proposal would drive up the price of fast food. They cite an analysis they commissioned by the UC Riverside Center for Economic Forecast and Development that puts the price increase at 7% to 20%.

A late wage cap added to the bill would keep the increase on the low end of that range. Late amendments limit any minimum wage bump to $22 an hour next year, with cost of living increases thereafter, while the statewide minimum will be $15.50 an hour.

Matthew Haller, president & CEO of the International Franchise Association, dismissed the last-minute revisions as “an attempt to put lipstick on a pig.”

An earlier version cleared the Assembly in January with no votes to spare after falling short last year, and the revised bill is awaiting consideration in the Senate.

Though California’s effort would be broader, a wage board created by New York’s governor in 2015 led to an increase in fast food wages there, and similar efforts have been tried by some cities. The left-leaning Center for American Progress says that what also are known as workers’ boards, worker standards boards or industry committees could combat economic inequality along with racial and gender pay gaps.

“If we are successful here, workers in Florida, Texas, New York, even Idaho will be heartened and they can replicate our successes,” Democratic Assemblyman Alex Lee said at the workers’ rally.

It grew out of the decade-long Fight for $15 and a Union minimum wage movement and efforts by labor unions to organize fast food workers in California and nationwide.

Fast food workers in California are paid nearly $3 an hour less than comparable workers in other service sector jobs, according to a joint study released this month by Harvard and UC San Francisco.

Bernal hopes the California law and the ongoing effort to unionize fast food establishments will one day lead to benefits like paid vacations, medical coverage and a retirement plan. She filed a wage claim earlier this year with state regulators seeking $160,000 in back wages and penalties, while her son is alleging child labor law violations and threats by a restaurant manager.

Employees “are still fighting for some of the basic things that should have been happening a long time ago for the fast food workers who serve our community every day, even through a pandemic,” said Democratic Assemblyman Chris Holden, the bill’s author.

But Jesse Lara, whose family-owned business operates 34 El Pollo Loco franchises in Los Angeles, Orange and San Diego counties, said the bill is unnecessary and would harm the company’s more than 1,000 employees.

It unfairly assumes “that we have to rip off our employees to make a profit,” when many of the firms’ managers have promoted from within, he said. Inflation is “killing us,” he said, and higher wages and benefits would force restaurant owners to raise prices and cut workers’ hours to make ends meet.

The pending bill targets bona fide abuses, but also furthers unions’ goals of collective bargaining with the entire industry instead of attempting to organize fast food chains one restaurant at a time, said Janice Fine, a professor of labor studies and employment relations who directs Rutgers University’s workplace justice lab.

Such sector-wide negotiations are common in Europe, she said, but rare in the U.S.

California already has some of the strongest worker protection laws and regulations in the U.S. if not the world, said Matt Sutton, the California Restaurant Association’s senior vice president for government affairs and public policy.

He disputed claims that the fast food sector has a higher rate of labor, unemployment, health and safety incidents, but said the answer regardless should be for lawmakers to put more money into enforcing labor standards instead of creating a new council with unique regulatory power over one industry.

“There are avenues to punish employers when it’s appropriate,” Sutton said.

Democratic Gov. Gavin Newsom’s Department of Finance also opposed the bill in June, citing its potential costs and what it said could be “a fragmented regulatory and legal environment.”

“It is not clear that this bill will accomplish its goal, as it attempts to address delayed enforcement by creating stricter standards for certain sectors, which could exacerbate existing delays,” the administration warned.