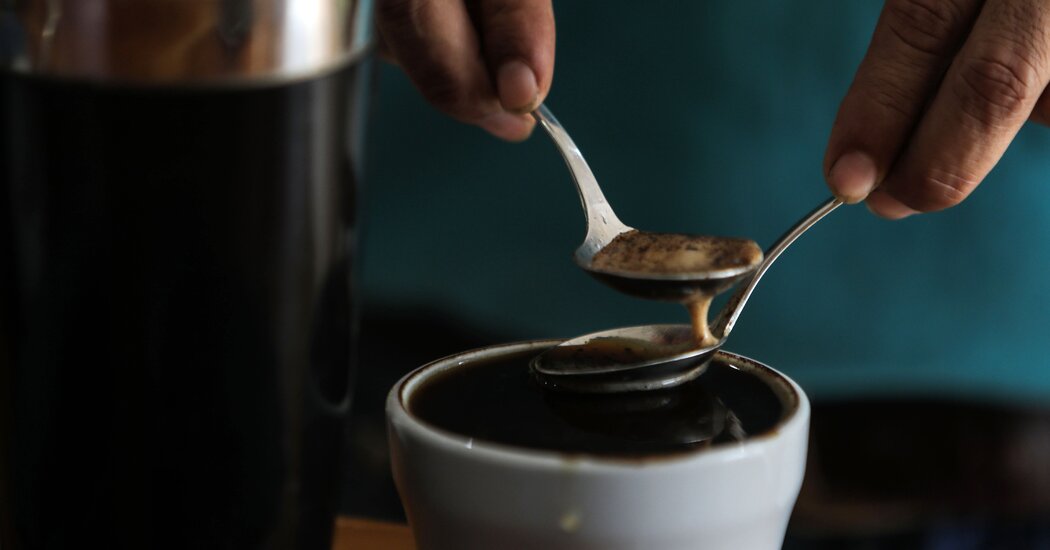 This article is part of a special report on Climate Solutions, which looks at efforts around the world to make a difference.

Wilston Vilchez, a third-generation coffee farmer in the mountains of Nicaragua, has witnessed drastic climatic changes on his 25-acre coffee and cacao farm for years, but when two hurricanes hit within 15 days last year, many other farmers he knows realized they needed to be part of the solution.

“They might be small farmers, but they believe in doing something different that will benefit them all,” he said.

Mr. Vilchez, who also manages an agricultural cooperative of about 300 farmers, said that the effects of climate change — rising temperatures, less predictable rainfall, wild swings from drought to flooding, new pests and more — were making it more and more difficult to earn a living from coffee, an experience felt by farmers around the world.

Various organizations and companies are seeking solutions to these challenges. They are helping farmers to improve production and efficiency, developing new strains of beans or farming wild species, and even growing coffee in labs. Producing coffee makes a significant environmental impact — estimates vary, but about 39 gallons of water are needed for one cup, according to UNESCO’s Institute for Water Education.

However, people interviewed at these organizations and companies, and experts in the field, said that reducing greenhouse gas emissions would be the best way to ensure the future of coffee as we know it (or something close to what we know) and of the planet.

According to a 2014 study, under modest declines of greenhouse gas emissions, about 50 percent of the land with conditions suitable for growing the two main species of coffee, arabica and robusta, which account for 99 percent of commercial supply, “could disappear by 2050.” Brazil and Vietnam, major producing countries, would be especially hard hit.

To the billions of people around the world who rely on drinking coffee (to put it mildly), that forebodes many difficult mornings and possibly rising prices. To the 100 million or so coffee farmers, to say nothing of the tens of millions more who work in transporting, packaging, distributing, selling and brewing coffee, the effects of climate change are making an already precarious existence even more so.

On his farm and across the co-op, Mr. Vilchez works with Blue Harvest, a program from Catholic Relief Services (C.R.S.), started in 2014, which helps Central American coffee farmers restore and protect their water resources, for their benefit and for others who share the watershed downstream.

The program, which built on the organization’s earlier work, began as Central America was in the grips of a coffee leaf rust epidemic about a decade ago. Coffee leaf rust is a fungus that decimates coffee plants, often leaving farmers with few choices: cut down their crop and replant, plant something else, or give up the farm. Some have linked the spread of the fungus to climate change because it thrives in warmer conditions with more variable precipitation.

Mr. Vilchez has worked with C.R.S. to restore his soil by planting cover crops. He has also helped other farmers to retain more soil moisture by planting shade trees, a traditional practice, and to employ other low-tech solutions, he said, speaking in Spanish translated by a C.R.S. staff member.

Ms. Rosenow said that these sorts of techniques, among others, like more targeted fertilizer use, had led to an increase of 24 percent in their yields for the farmers, and a 28 percent rise in income, some of which can be attributed to these techniques and some to access to new markets.

Another tactic is planting different varieties that can better withstand both the leaf rust and other climate stressors, according to Hanna Neuschwander, the director of strategy and communications at World Coffee Research.

Next year, World Coffee Research will start a global breeding network, which aims to introduce modern breeding techniques and new varieties in coffee-producing countries to help farmers dealing with new climatic conditions. Based on the information that is obtained, the organization will evaluate how new species perform in different environments around the world, a sort of real-time lab trial.

But there are challenges. When a farmer plants a coffee tree, it takes several years for it to make money. And because coffee trees can live for several decades, a tree that suits today’s climate may be completely unsuited to future conditions, said Vern Long, the chief executive of World Coffee Research.

One possible upside, Ms. Long added: Coffee farmers would not have to expand or move to higher altitudes that may be more suitable in the future but could be heavily forested and biodiverse, leading to loss of carbon sequestration potential and animal and plant habitat.

At the Royal Botanic Gardens, Kew, in London, Aaron Davis, a coffee scientist who also specializes in climate change, is working on a different solution to ensure sustainability: introducing farmers to wild coffee species, which have not been widely cultivated previously, or at all, but are more tolerant of high temperatures and drought.

“Being a botanist and having done work in climatology, I can’t emphasize enough that traditionally used species will not be enough,” he said. “If you look at climate change models and projections, we need robust resilience and step change, not incremental change.”

Maricel Saenz is also interested in step change, but in a different direction. She is the founder and chief executive of Compound Foods, a “beanless” coffee company that aims to produce coffee in a laboratory environment.

Ms. Saenz, 29, is from Costa Rica, so naturally coffee and its future are important to her, she said. “It’s a really complex situation, because coffee is one of the main victims and contributors to climate change,” she said, citing the energy and water required to grow, transport and brew a cup of coffee.

Compound Foods does not grow any coffee — at least, not in the traditional sense. Instead, the company replicates the microbes from actual coffee cherries, which give a cup of coffee its flavor and aroma, Ms. Saenz said. The microbes are grown on their plant-based formula in bioreactors, a fermentation process similar to what happens naturally at a coffee farm.

At the moment, this makes a cold-brew style extract that mimics the flavor, color and smell of real coffee, but with much less energy and water. They plan to distribute this first product through coffee shops next year and, later, to create coffee grounds that can be brewed at home.

When asked about how her company might affect smallholder farmers who grow most of the world’s coffee and often struggle to make a living, Ms. Saenz said that she was hoping to compete with the big industrial farmers and to find ways to support the farmers she grew up knowing.

In both the long and short term, that may mean addressing the root cause itself: greenhouse gas emissions.

As Vincent Amodoi, a project coordinator in Uganda for Farm Africa, a British charity that works with farmers, pastoralists and forest communities in East Africa, including coffee growers, said, “For me, climate change should be one of the major focuses for all governments in the world, and that is just not happening.”