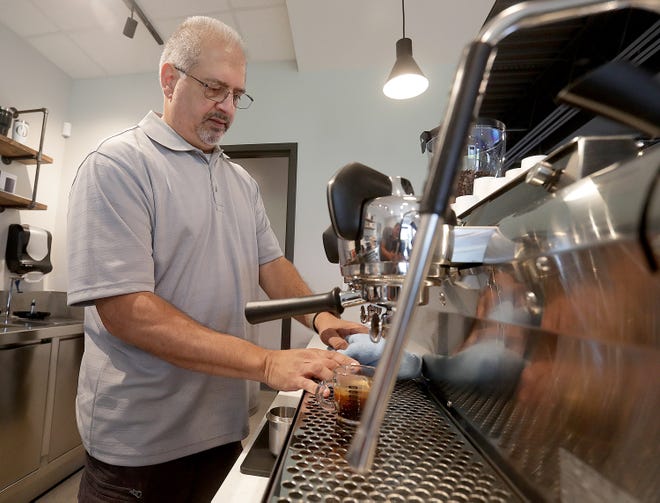 With frost in Brazil disrupting coffee bean production, the price of Arabica coffee beans surged by more than 40% in the past year to more than $2 a pound — a level last experienced in 2014.

The price this month retreated to about $1.91 a pound.

But a couple of local coffee shop owners say the climbing bean prices haven’t affected their businesses as much as increases in shipping costs, shortage of packaging materials, lack of workers and scarcity of plastic cups.

Andrew Keim, the owner of Pioneer Collective Coffee in Massillon and Dalton, said the cost to ship coffee beans have more than tripled. It also can take months to obtain the bags that Pioneer uses to package its roasted coffee beans.

He said coffee bean prices have certainly gone up. But it’s difficult to compare the difference because Pioneer, to save on costs, began to roast its own coffee beans at the start of this year.

The prices for raw coffee beans and roasted coffee beans differ. On the high-end, the raw high-quality premium beans he buys now are $4 to $5 a pound and $2 to $2.50 a pound on the low end. Keim said he invested more than $45,000 to purchase the roasting equipment.

“We’ve kind of strategically danced around the fire of that one (coffee bean price increases) by starting to roast ourselves,” he said.

Declining to disclose specific percentages, Keim said Pioneer last increased prices in spring 2020. But his business has had to absorb price increases for what it buys.

Related:Pioneer Collective Coffee in Massillon passionate about art of java

Haas said he’s down five people at his four locations. Muggswigz has locations in downtown Canton, Jackson Township, downtown Akron and in the Portage Lakes area. The labor shortage has prompted him to raise starting pay from $10 to $12, plus tips. He estimated he had to increase prices by 5% at the start of the summer.

“Since COVID, we have seen a substantial increase in turnover,” he said.

Frank Genovese, owner of Ohio Roasting Co., has an advantage over his competitors when it comes to prices. There can’t be a price increase if he hasn’t been open before the price of coffee spiked.

He said he hasn’t opened his business yet due to a shortage of plastic cups and delays in receiving equipment. Genovese plans to open his inaugural location on Frank Avenue NW in Jackson Township soon.

“It makes you rethink your pricing. As a new business we would want to have our new prices coming out of the gate rather than immediately raising our prices immediately after we open,” he said. “People who want specialty coffee have been paying Starbucks prices for years now. If they want good coffee, I think they’re used to paying a high-dollar value for a cup.”

But, “I had some equipment coming from Europe that was stuck on ships. We’re pretty delayed right now. … Coffee is still flowing. I haven’t had trouble getting coffee from the importers I’m dealing with.”

He said he still needs to find other people to hire. And he said he’s offering more than the $8.50 to $9 an hour some of his new hires say they get at their current coffee shop employer.

Reports not being impacted

“It’s going up, but I don’t think 40%,” said Wyatt. “We haven’t been affected by that (increase in coffee prices) that much. We haven’t increased our prices probably in 10 years.”

Wyatt said Carpe Diem needs only three workers: himself, his wife and a part-time employee.

Wyatt said he charges $2.25 for a 16-ounce cup of regular drip coffee and $2.50 for a 20-ounce cup. He declined to disclose how much he paid for the 5-pound bags of coffee he gets from his supplier.

Starbucks President Kevin Johnson on an earnings call in July told investors that his company buys coffee 12 to 18 months in advance. So the company has locked in prices for the next 14 months.

CNBC in March said J.M. Smucker Co. in Orrville had issued a statement saying “Like others in the industry, we have experienced some recent coffee supply chain challenges. … While we regularly evaluate costs to determine appropriate actions, we do not have any imminent planning to share at this time.”

“People got to have their coffee you know,” said Wyatt. “It’s a commodity. It goes up and down. But people definitely have to have that coffee and pick me up. It’s like a comfort zone. And that’s why I think we’re able to stay in business longer than some. You can probably do without a slice of pizza or a taco. But people have to have to get that pickup and go and comfort and get through the day.” 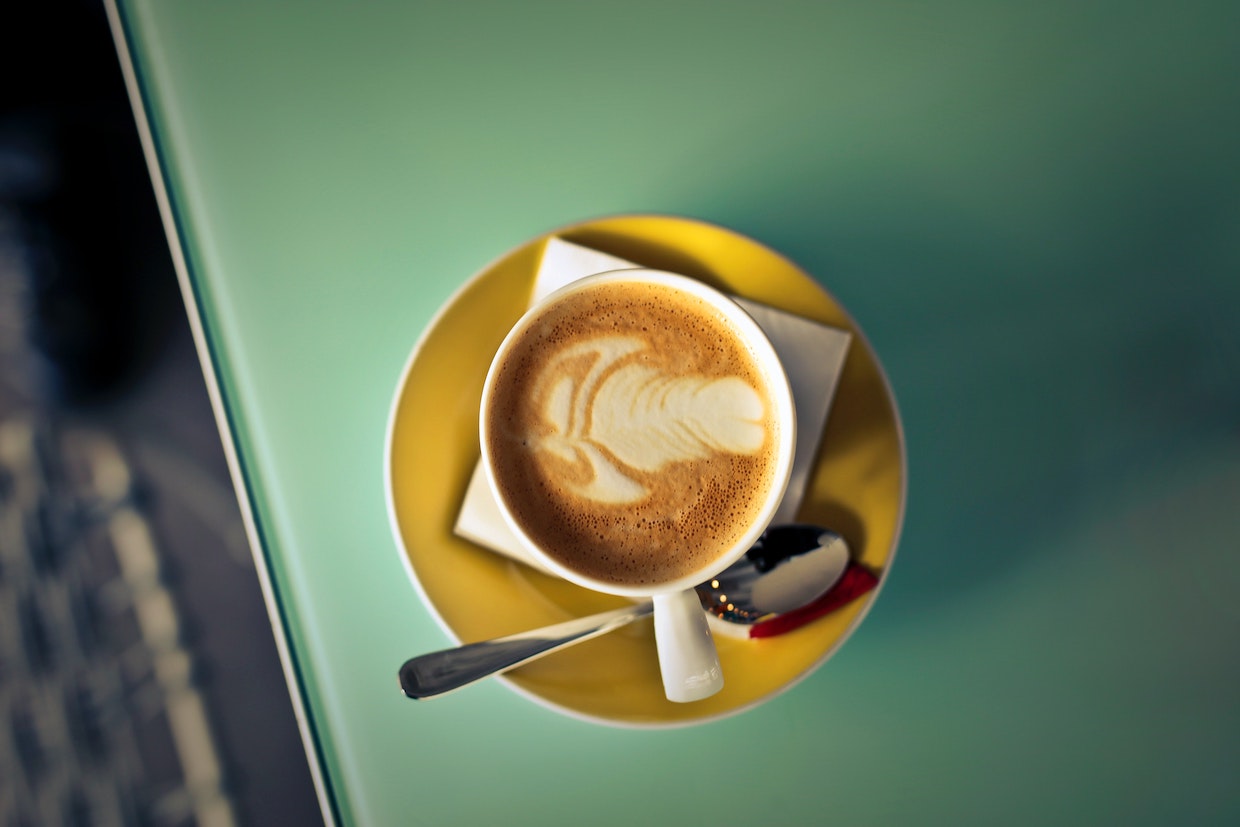