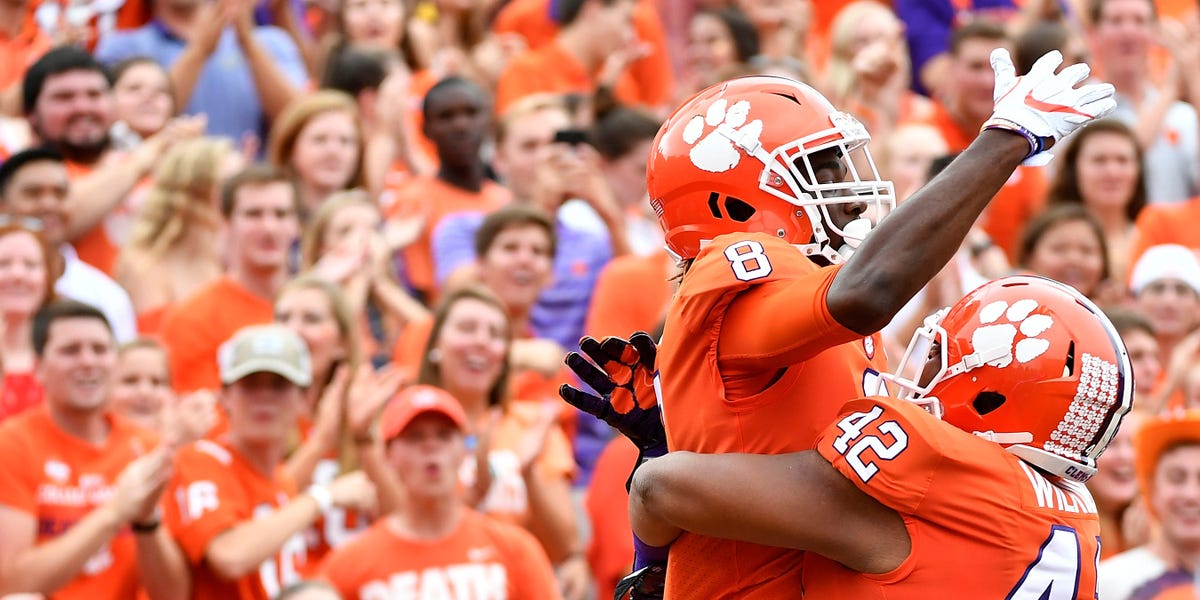 Fans of college football will soon be offered more luxurious game day experiences as schools strategize how to improve turnout in their stadiums.

The 2021 Division I season saw an average of attendance of 39,848 — the lowest since 1981, Yahoo Finance reported. Those who are still attending want a higher quality experience than games have offered in the past, according to a survey by college administrators.

The Clemson Tigers of South Carolina, for example, have unveiled an all-new “Masters Club” to help game attendees “experience the passion, pageantry and tradition of football in Memorial Stadium with the comforts of home,” the official site says.

Amenities of the Masters Club include a climate-controlled club lounge, personal locker with an iced cooler, private restrooms, a pregame buffet, and appetizers at halftime.

The premium experience comes with a price tag of $2,300 per seat for the season, but the package is only available to active members of Clemson’s athletic fundraising program, IPTAY, at the $3,500 annual donation level or higher.

If the exclusive experience is out of your budget, Clemson has also unveiled a new 7,125 square-foot video board for all game attendees to enjoy.

The trend of promoting exclusivity in college football games is being explored by many schools who are hoping to get ticket sales back up.

After a 15-year low in attendance in 2021, University of Wisconsin’s Camp Randall Stadium went under renovation during the offseason. The upgrades included more premium seating with bar-style table areas, according to Yahoo Finance.

“There’s been a trend across the country of the declining gate,” Wisconsin Athletic Director Chris McIntosh told Yahoo Finance. “That’s a signal from the customer. So I think you’re seeing programs like ours try to introduce new options and an opportunity to hedge against that and provide an opportunity for existing customers to find something that might retain them for longer or attract new customers.”

The new and improved Camp Randall Stadium — originally built in 1917 — will seat about 5,000 less fans, but the goal is for the emphasis on luxury seating to generate around $3.5 million in revenue, McIntosh said.

The investment in more luxurious options is already paying off for Clemson, the college’s Athletic Director Graham Neff told Yahoo Finance. Premium seating nearly sold out in select areas of the stadium in the weeks leading up to the home opener.