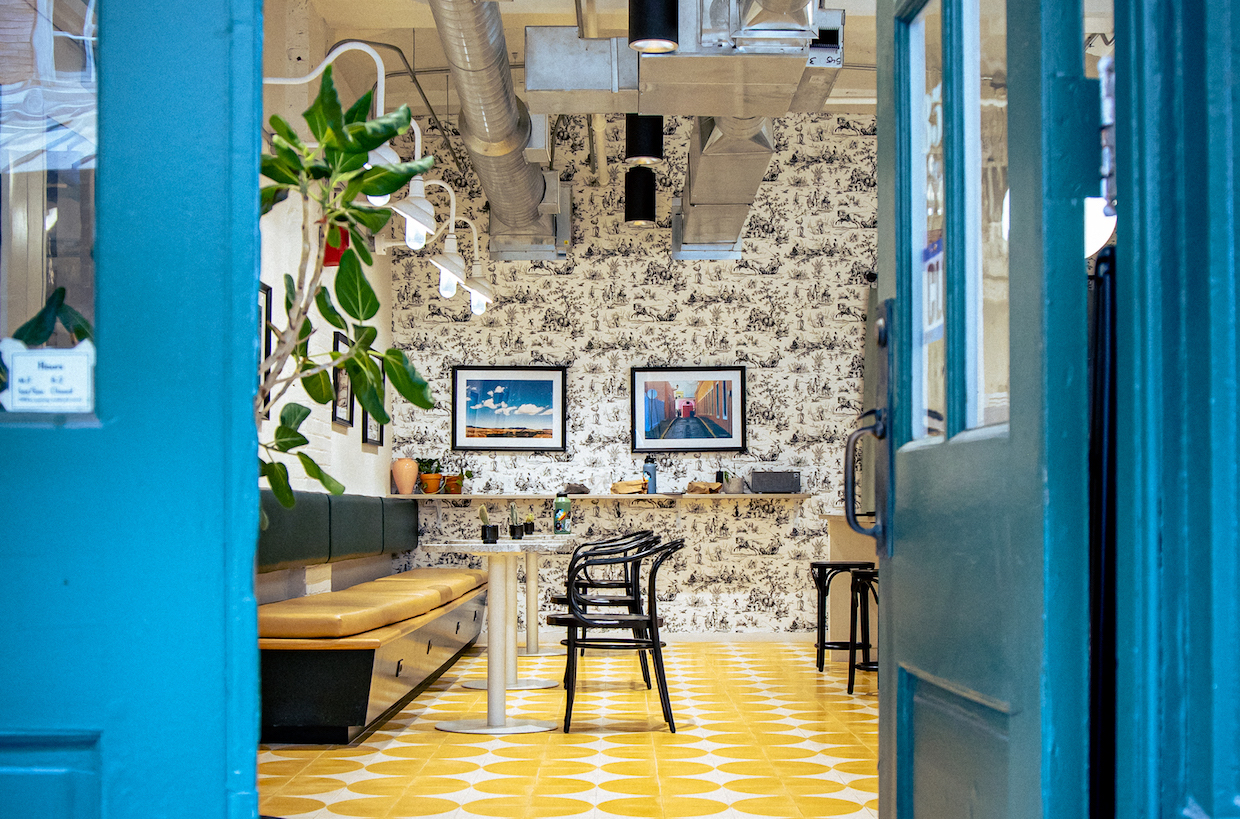 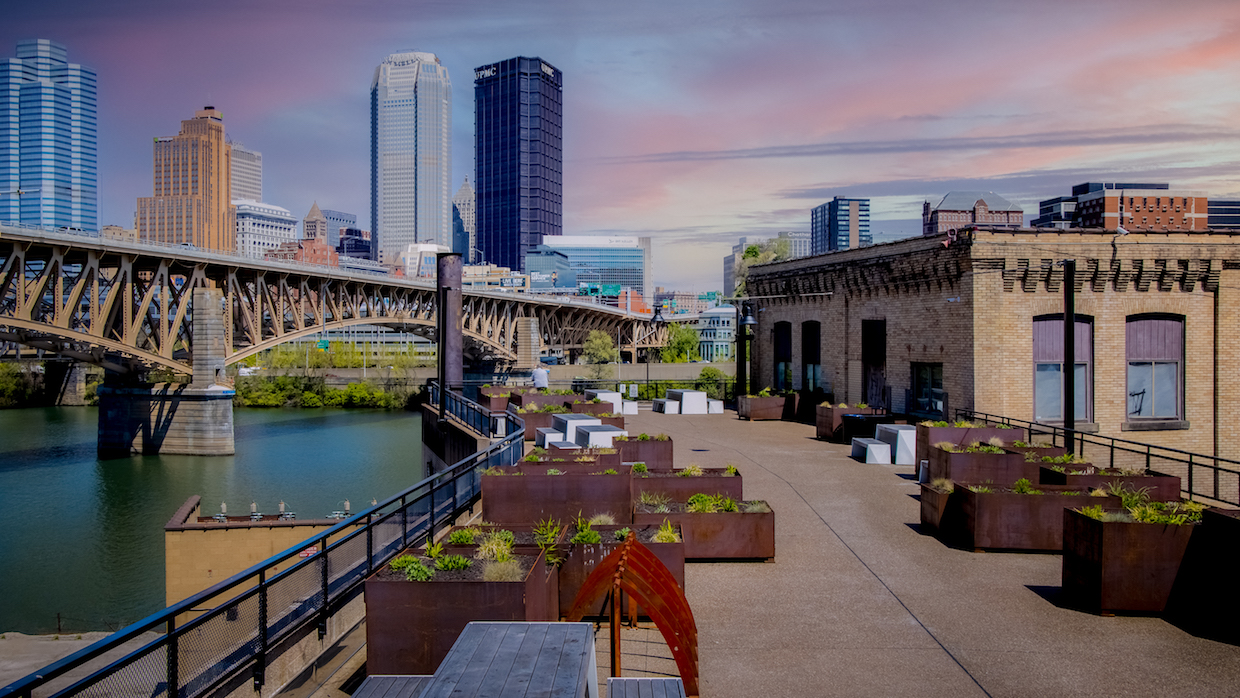 De Fer Coffee & Tea landed a one-two punch of specialty coffee on the Pittsburgh cafe scene this Spring with the opening of two jaw-dropping coffee shops.

One location is by the elevated pedestrian-only park space on Pittsburgh’s South Side riverfront called The Highline, modeled after the original Highline park in New York City. The second new shop is inside the new Riviera building in South Oakland’s Pittsburgh Technology Center. 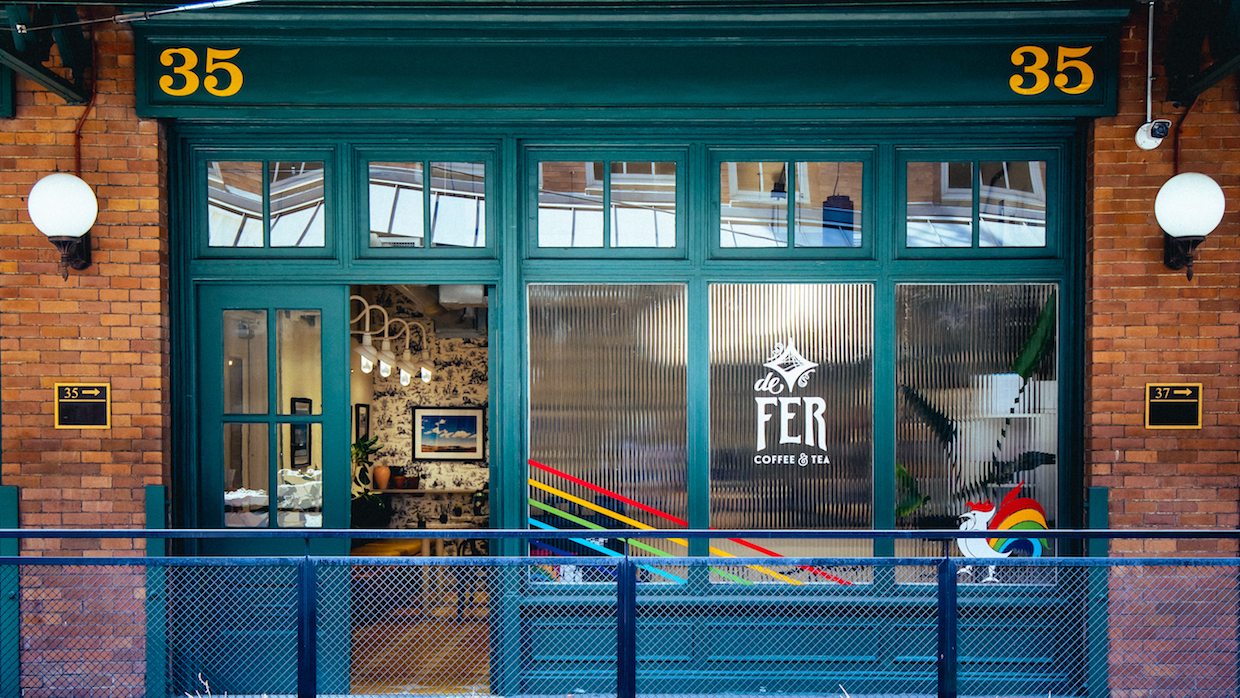 In both cases, De Fer attempted to naturally build bridges to its existing brand and operations. The Highline space was previously occupied by Astroid, a stylish coffee shop that was opened in late 2018 by Pittsburgh-based co-working company Beauty Shoppe. Today, eagle-eyed De Fer faithful will notice that the wallpaper at the back of the shop is the same pattern found at the flagship roastery cafe and wine bar opened by De Fer in 2018. 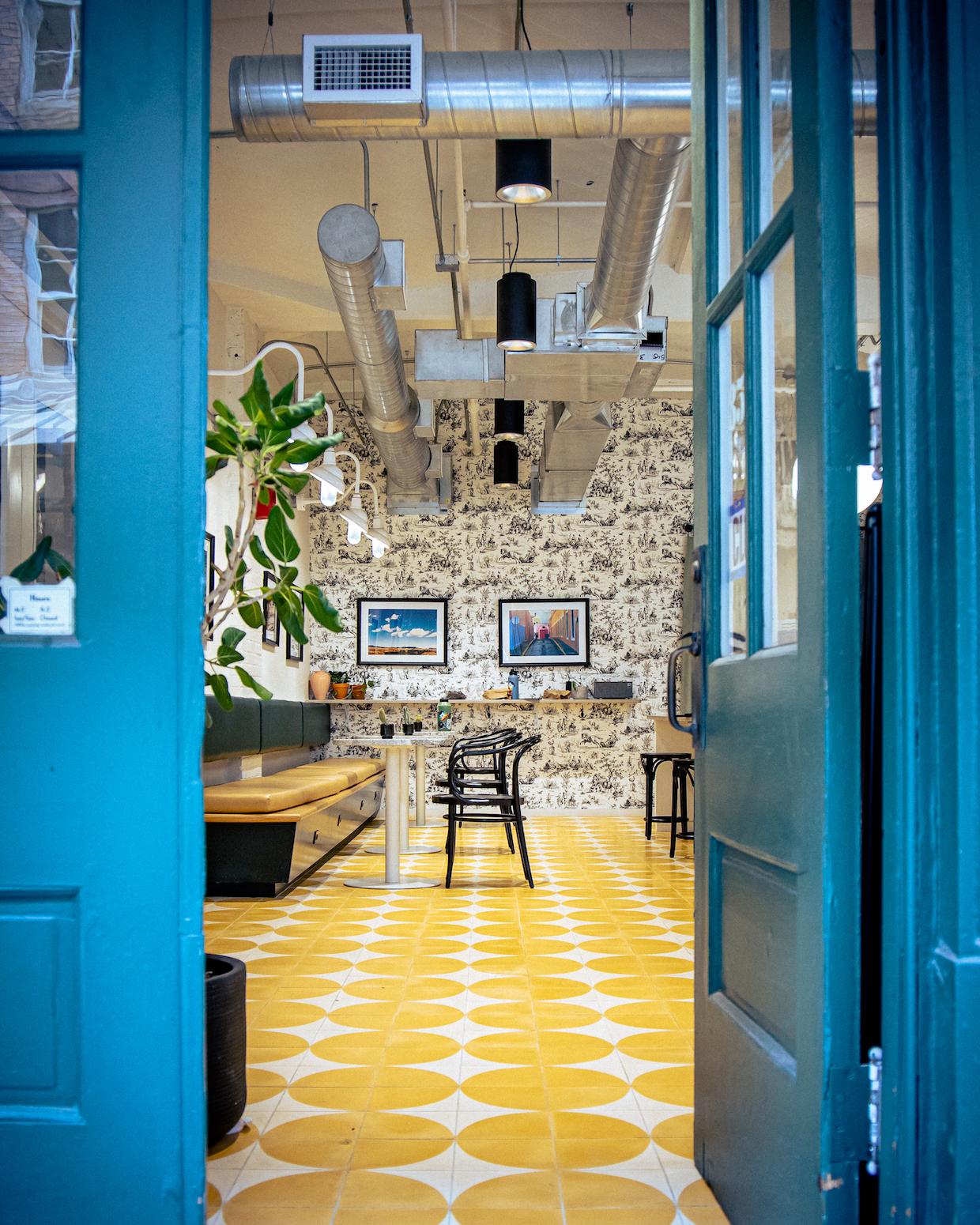 “[The space at the Highline] came with great bones, and some coffee equipment and fixtures as well,” De Fer Coffee & Tea President and Founder Matt Marietti recently told Daily Coffee News. “So for us, our goal there was just to make it feel a bit cozier, like our flagship location.” 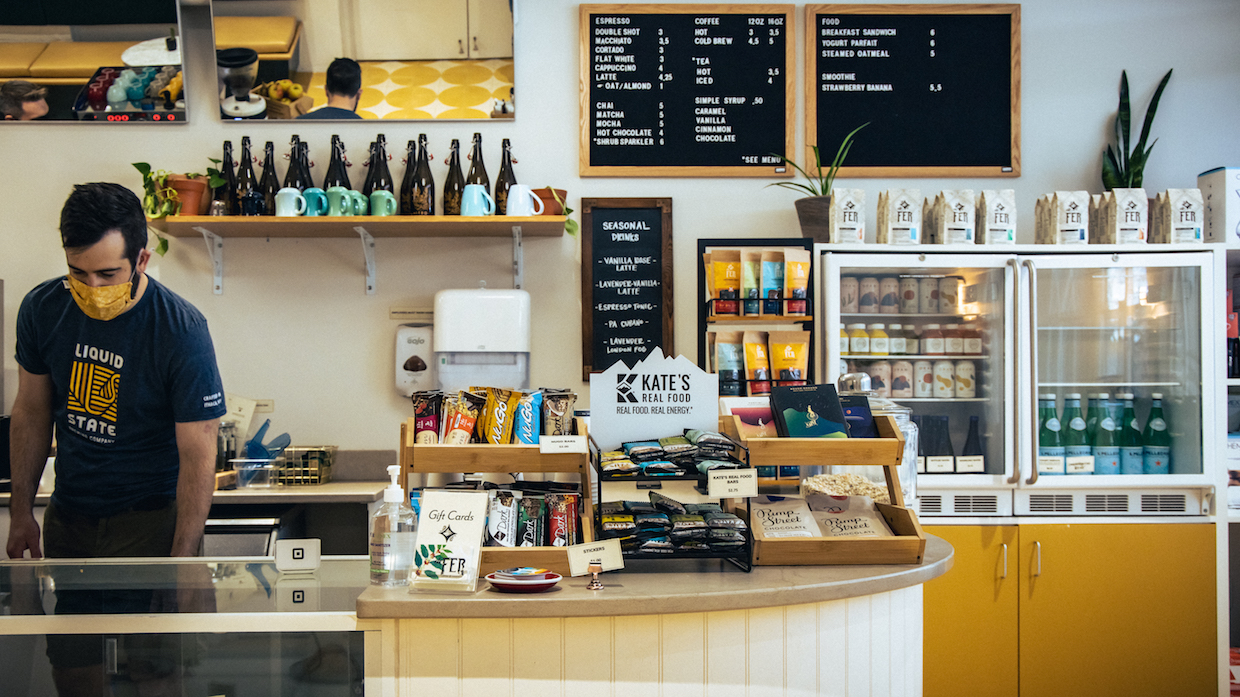 The Riviera location was designed by the building’s architects, with consultation with De Fer mainly on matters of layout for the coffee bar and other practical points.

“When it came to the Riviera, it was new construction, so the overall aesthetic would match the rest of the building it’s in,” said Marietti. “There the challenge was just to incorporate some elements — plants, signage, flatware etc. — that would tie back visually to our flagship in the Strip.” 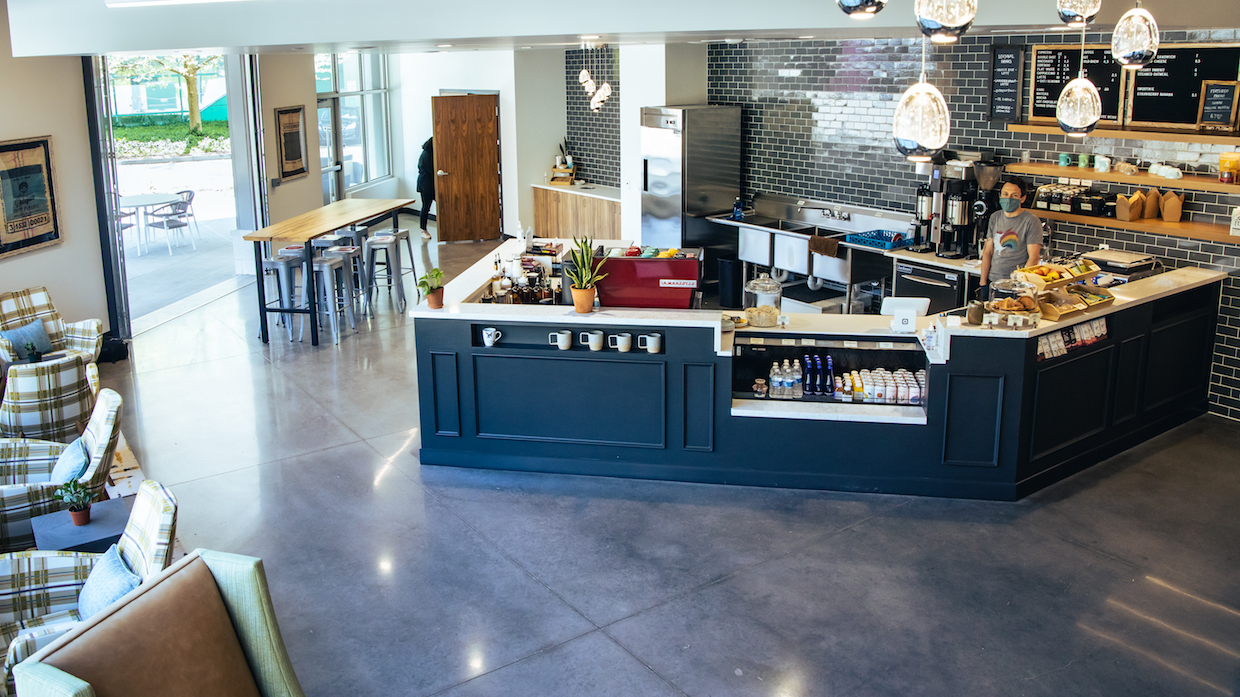 All shops are now supplied beans roasted in the company’s San Franciscan SF10 roaster, and all feature La Marzocco espresso machines on their bars, including an FB-80 at the flagship, a Linea PB inherited at the Highline, and a Linea Classic at the Riviera. All shops use Mahlkönig batch grinders and Nuova Simonelli Mythos grinders for espresso. 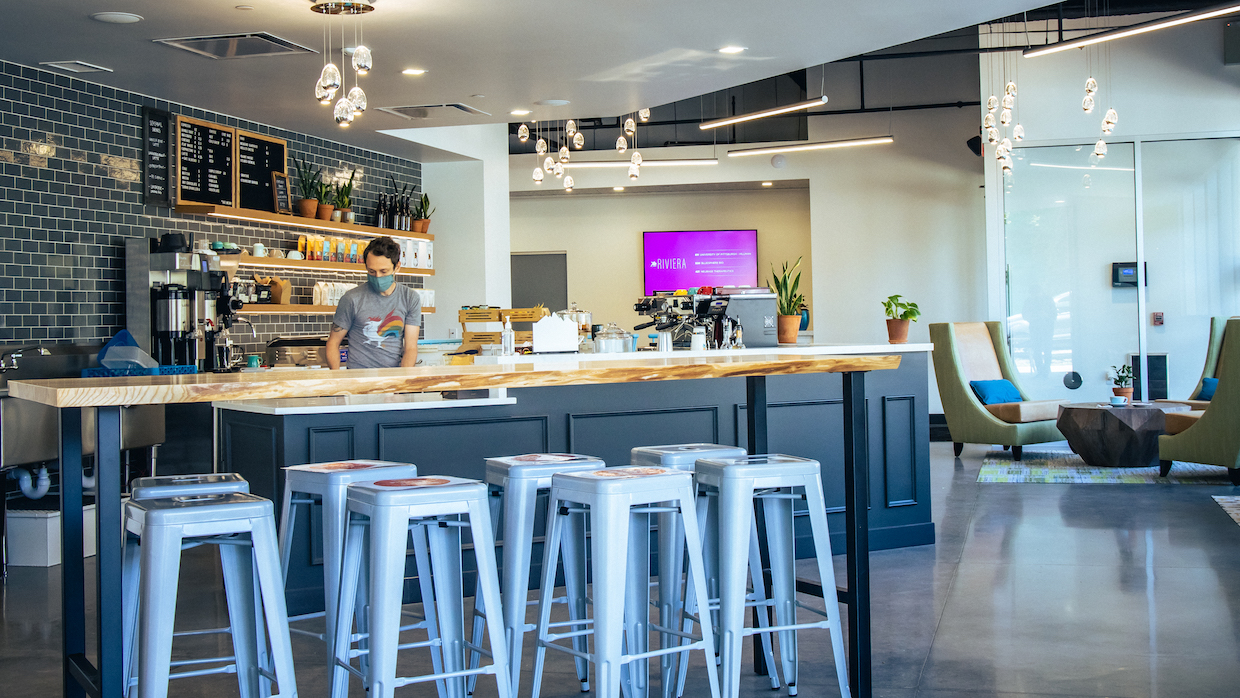 As neither new location has its own kitchen on site, light bites are prepped at the flagship cafe and delivered for service at both the Highline and the Riviera. These include grilled-to-order paninis, parfaits, salads and baked goods. The company hopes to shift entirely over to 100% compostable takeout packaging by the end of the year, while also expanding its food and drinks menu for the good times ahead. 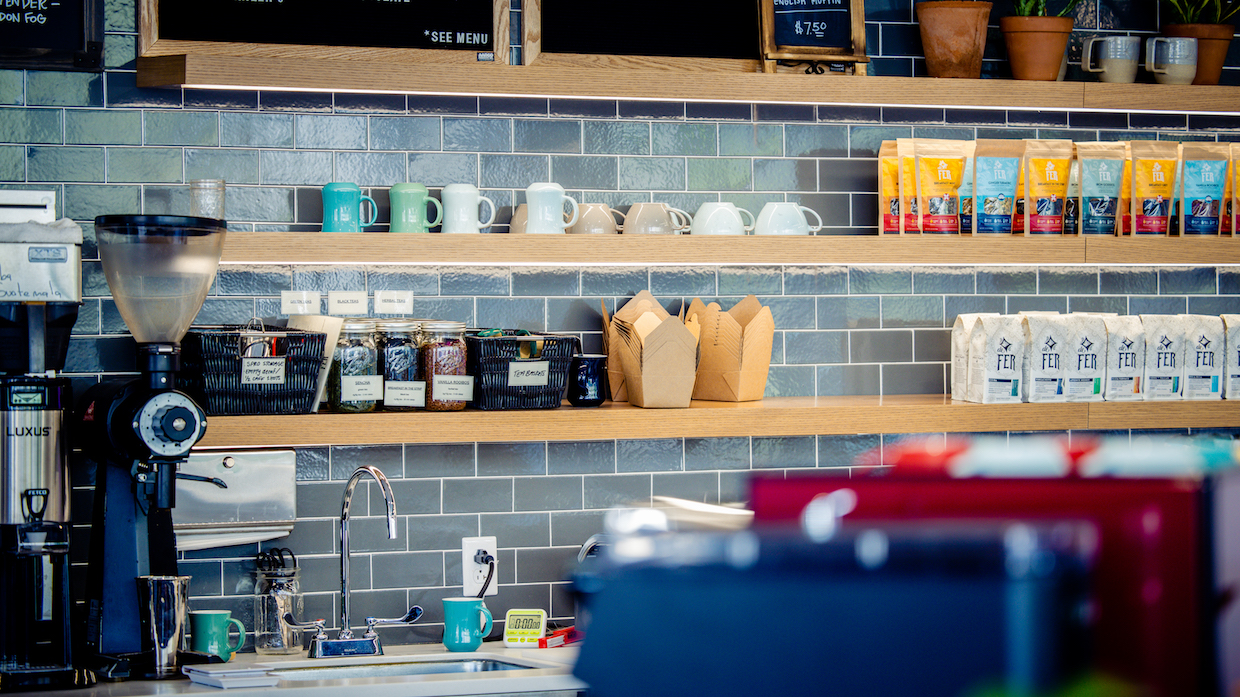 “We are going to focus on rebuilding our evening business, as soon as we go back to evening hours sometime in June,” said Marietti, whose shops have closed at 5 p.m. since the dawn of the COVID-19 pandemic locally. “This will include things like a cocktail program overhaul, new food that pairs well with wine, cocktails and beer, more live entertainment and events.” 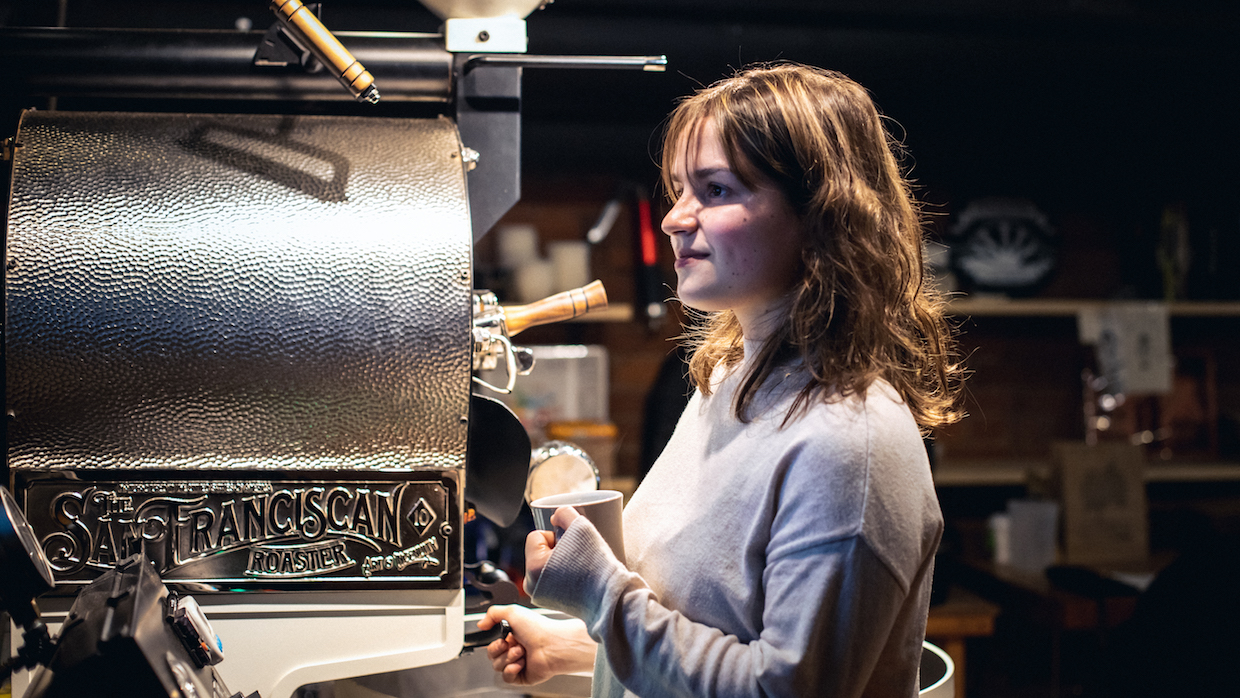 Atelier De Fer Coffee & Tea is now open at The Highline at 317 E Carson St. and at The Riviera at 350 Technology Dr. in Pittsburgh.