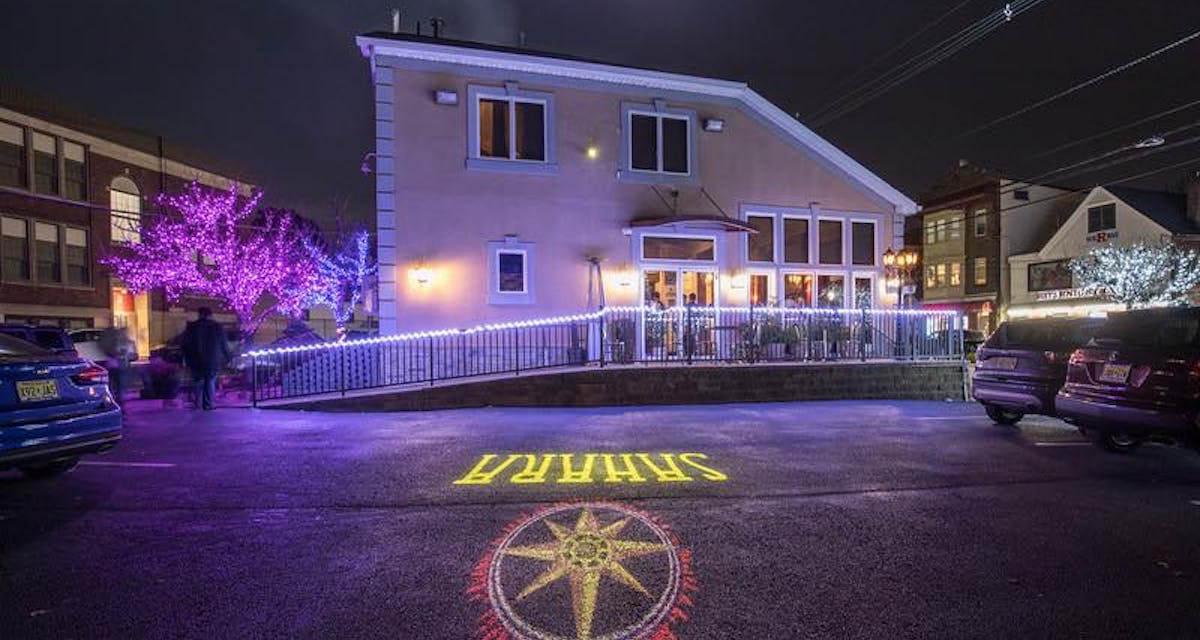 Sahara is a restaurant I have seen on many walks down or around Easton Avenue, but I have not tried the cuisine until recently. As I pulled into the parking lot, and yes there actually was a parking lot, I felt the excitement bubbling at the thought of trying out a new prospect for tasty food.

I opened the door to the restaurant and was greeted by scenic wallpaper, warm lighting and soft music in the background. There was no wait since I came on a weekday, and I was seated right away. Immediately I was given a carafe filled with water as I perused the menu.

I immediately noticed the long list of diverse Mediterranean options, and there really was a choice that would work for anyone: from fish to meat, vegetarian options and more. After setting down the menu, I told the waitress my order, with her help of course, which consisted of rosewater lemonade, hummus, falafel, sigara boregi cheese rolls and the couscous beef and vegetable stew with a side of soup.

Once the order was placed, I was greeted with the smell of fresh warm pita bread paired with a trio of sauces. While the bread was a bit chalky-tasting, it went perfectly with the soup that followed. At the first taste, there was a creamy tomato flavor present with a subtle heat on the back of the palette. It was a savory and tangy combination with a hint of dill that made me crave more.

Next, I dug into the falafel. I was ravenous, and the spiced and savory vegetable interior was soft while the exterior was crispy and crunchy — a perfect combination. The two sauces on the side were also a nice touch that brightened up the flavor. One tasted like hummus with more subtle tangy notes while the other was a pleasant yogurt and dill mix.

After the falafel, I was waiting for the cheese rolls, but I was met with the entree instead, which confused me a little bit. I dug in regardless, and the couscous beef and vegetable stew was a hearty dish, indeed. The vegetables were extremely soft and had a nice spiced tomato flavor to them.

While I did wish there was more beef, the piece in my stew was delicious and pulled apart with a fork. The only strike against the dish was the couscous, which was bland. Even mixed with the vegetables and beef, it seemed to only mute their flavors, which was a bit disappointing.

I asked the waitress for my lemonade again, since she did not bring it out originally, and it came at about the same time as the cheese rolls. For the lemonade, I expected a rose and lemon pairing of flavors but instead was met with lemonade that reeked of Minute Maid’s artificial flavoring. To make up for that, though, the cheese rolls were phenomenal. They had spinach and cheese inside wrapped in flaky pastry which tasted exactly like spanakopita.

Since there was so much food and the portions were substantial, I had to grab some boxes, but I couldn’t leave without trying the dessert. So, on the waitress’s recommendation, I ordered the keskul which was a custard topped with crushed pistachios. While the custard was a sweet and gelatinous dessert that tasted like a lighter version of rice pudding, the pistachios on top were bitter and took away from the experience.

As for the service throughout the entire dining experience, there are a couple of things important to mention. First, I did think it was a bit weird that one of the appetizers came after the meal. Second, I did not get my lemonade until I asked halfway through the meal. Finally, I had to keep asking for more water rather than having it readily available as it ran out. The waitress did make sound recommendations for the food, though, which was much appreciated, and the food came out relatively quickly.

Pricing-wise, the meal was a bit expensive since entrees were upwards of $25, but the appetizers were priced fairly as most were less than $10, nevertheless. The food was yummy for the most part with the appetizers being the best part of the meal. For some dishes, like the couscous beef and vegetable stew and the keskul, some parts of the dishes took away from their appetizing qualities.

Overall, I had a positive dining experience, and I would definitely come back again, but I might just stick to appetizers next time. I would give the experience and taste of the cuisine a solid rating.

Francesca Dodaro is a School of Arts and Sciences junior majoring in English. Her column, “Sip it Up,” runs on alternate Wednesdays.

*Columns, cartoons and letters do not necessarily reflect the views of the Targum Publishing Company or its staff.

YOUR VOICE | The Daily Targum welcomes submissions from all readers. Due to space limitations in our print newspaper, letters to the editor must not exceed 900 words. Guest columns and commentaries must be between 700 and 900 words. All authors must include their name, phone number, class year and college affiliation or department to be considered for publication. Please submit via email to [email protected] by 4 p.m. to be considered for the following day’s publication. Columns, cartoons and letters do not necessarily reflect the views of the Targum Publishing Company or its staff.