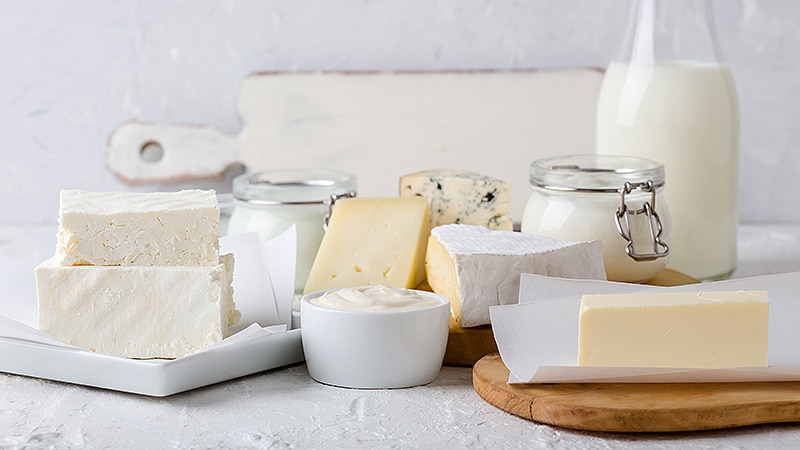 “A plant-based dietary pattern with limited intake of meat, moderate intake of fish, eggs, and full-fat dairy, and habitual consumption of yogurt, milk, or low-fat dairy, might represent the most feasible, sustainable, and successful population strategy to optimize the prevention of type 2 diabetes,” lead author Annalisa Giosuè, MD, of the University of Naples Federico II, Italy, told Medscape Medical News.

She presented the findings from an umbrella review of 13 dose–response meta-analyses of prospective cohort studies on September 20 at the European Association for the Study of Diabetes (EASD) 2022 Annual Meeting.

The study is believed to be the first comprehensive overview of the available evidence from all published meta-analyses on the relationship between well-defined amounts of animal-origin foods and the risk of type 2 diabetes.

Giosuè and colleagues focused on animal-based foods because they represent a gap in most guidelines for type 2 diabetes prevention, she told Medscape Medical News.

“The existing evidence and dietary recommendations for type 2 diabetes prevention are mainly based on the appropriate consumption of plant foods: high amounts of the fiber-rich ones and low consumption of the refined ones as well as those rich in free sugars. And also on the adequate choice among fat sources — reduction of saturated fat sources like butter and cream and replacement with plant-based poly- and monounsaturated fat sources like nontropical vegetable oils. But not on the most suitable choices among different animal foods for the prevention of type 2 diabetes,” she explained.

Asked for comment, session moderator Matthias Schulze, MD, head of the department of molecular epidemiology at the German Institute of Human Nutrition, Berlin, told Medscape Medical News: “Decreasing intake of red and processed meat is already a strong recommendation, and these data support that. You have to make choices for and against [certain] foods. So, if you decide to eat less red meat, then the question is what do you eat instead? This study shows that specifically other animal products, like dairy and…fish or white meat sources…are healthy among the animal-based foods. But you could also obviously look at plant-based foods as protein sources as well.”

And Schulze noted that the data suggest another dimension to type 2 diabetes prevention beyond simply focusing on weight loss.

“You can achieve weight loss with very different diets. Diet quality plays an important role. These data support that if you look at diabetes prevention, then you would focus on people with high intakes of specific animal-based foods, besides looking at overweight and obesity. Then you could intervene to reduce this intake, with potential substitutions with other animal foods like fish or white meat, or plant-based sources of proteins.”

And, Giosuè noted during her presentation, these relationships could change with alterations in the amounts consumed.

Schulze commented, “Fish is more clearly related to reduced cardiovascular risk than for preventing type 2 diabetes, where we’ve had mixed results. They might not always be the same.”

What Are the Mechanisms?

The reasons for these positive and negative associations aren’t entirely clear, but Giosuè noted that dairy products contain several nutrients, vitamins, and other components, such as calcium and vitamin D, that have potential beneficial effects on glucose metabolism.

In particular, she said, “Whey proteins in milk have a well-known beneficial effect on the regulation of the rise of glucose levels in the blood after meals, and also on the control of appetite and body weight.”

Moreover, probiotics found in yogurt have been linked to protective effects against weight gain and obesity, which “may in part [explain] the beneficial role of yogurt in type 2 diabetes prevention.”

Meat, in contrast, is full of cholesterol, saturated fatty acids, and heme iron, which can promote subclinical inflammation and oxidative stress, which may in turn, affect insulin sensitivity, Giosuè explained.

And white meat (poultry) has a lower fat content than red meats such as beef, lamb, and pork, as well as a more favorable fatty acid profile and a lower heme-iron content, she told Medscape Medical News.

Miriam E. Tucker is a freelance journalist based in the Washington, DC, area. She is a regular contributor to Medscape, with other work appearing in The Washington Post, NPR’s Shots blog, and Diabetes Forecast magazine. She is on Twitter: @MiriamETucker.

What About Vegan Diets? The Devil Is in the Details

Asked about the relative health benefits of diets that completely eliminate animal-based foods, Giosuè replied: “What is important to keep in mind when hearing about the potential of vegan diets to prevent, or manage, or induce the remission of type 2 diabetes, is that the inclusion in the diet of solely foods of plant origin does not mean ‘automatically’ to eat only foods that are good for diabetes prevention.”

“Just like the exclusion of all foods of animal origin is not equivalent to reduce the risk of type 2 diabetes…Solid evidence has demonstrated that plant foods which are refined and/or rich in free sugars like white bread, biscuits, and sweetened beverages are as harmful as red and processed meats for diabetes incidence and progression.”

Giosuè and Schulze have reported no relevant financial relationships.