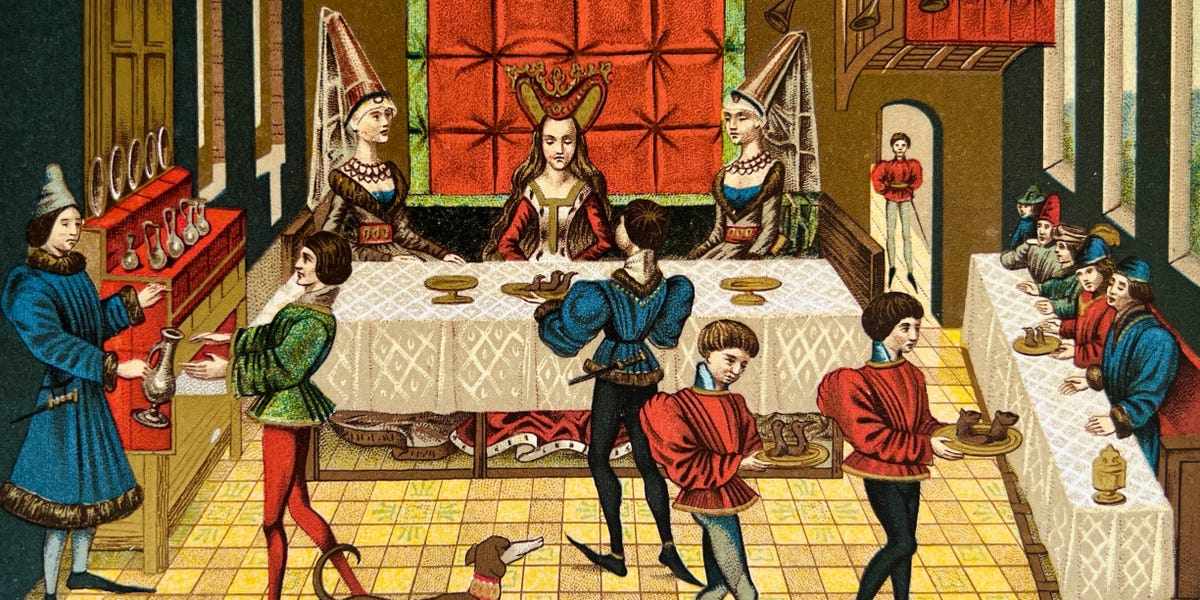 The long-held assumption about Medieval rulers has been that they ate copious amounts of meat, but new research shows that England’s pre-Viking social elite more likely had a “flexitarian” diet.

According to a pair of papers in the Anglo-Saxon England journal, the food consumed by early Medieval England’s high society was largely cereal and vegetable-based.

Feasts of mutton and beef, a team of bioarcheologists have concluded, were reserved for special occasions.

Royals and nobles occasionally gorged on meat at “massive barbecues” hosted by free peasants and farmers, according to the Cambridge University research. At the 300-person feasts, the studies say individual guests were sometimes offered up to 2.2 pounds of meat and 4,000 calories worth of food.

But meat-heavy celebratory meals were not the norm, the academic papers say.

Medieval rulers’ diets were low in animal protein, according to the isotopic analysis of 2,023 people buried in England from the fifth to the 11th centuries.

The isotopic analysis involves archeologists collecting information on the chemical signatures of diets by examining bones and teeth.

“I’ve found no evidence of people eating anything like this much animal protein on a regular basis,” said Sam Leggett, who co-authored the studies in a press release. “If they were, we would find isotopic evidence of excess protein and signs of diseases like

from the bones. But we’re just not finding that.”

To the surprise of Leggett and co-author Tom Lambert, their research goes against the historical assumption that the social elite and the peasant class had substantially different diets.

“The popular view has always been of a big social divide between the elites and the peasants,” Lambert told The Sun. “But their diet was the same. It shows on normal days. They were mostly eating bread and vegetable stew. And, once in a while, they would come together for a nice spread or a barbecue. So [it was] an early form of flexitarianism.”