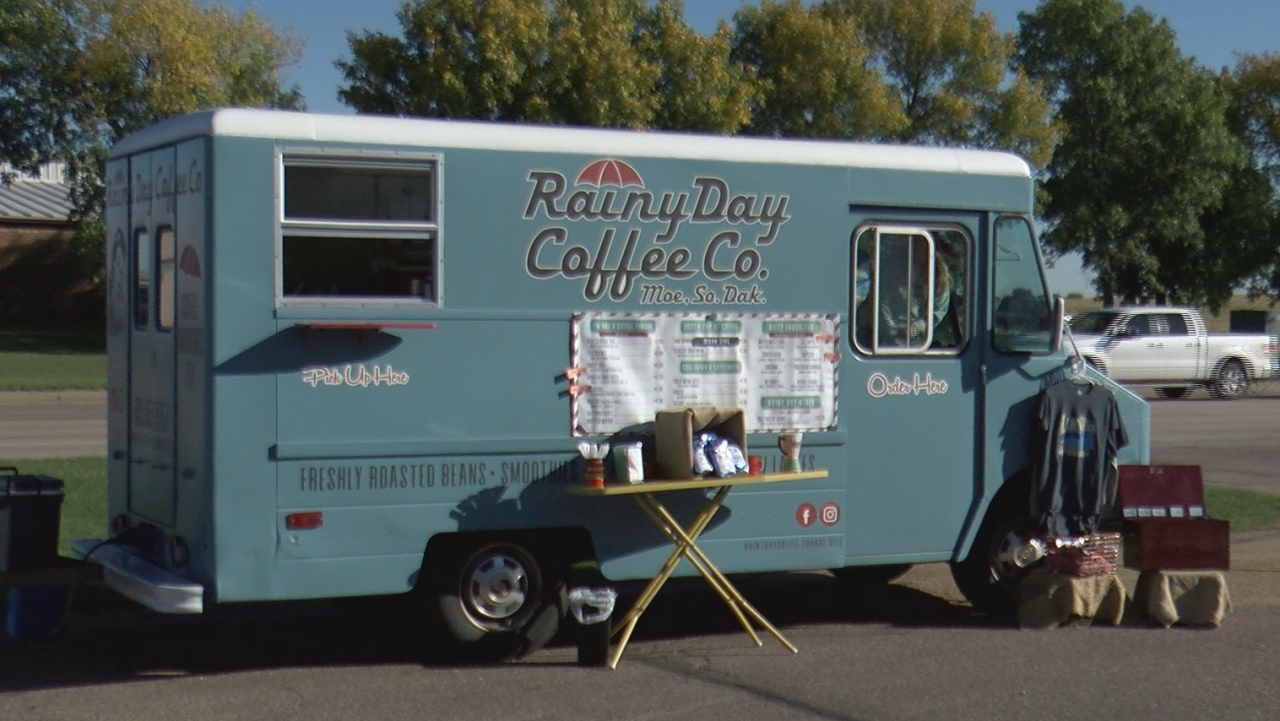 BERESFORD, S.D. (KELO) – A cup of coffee can be a great way to start your day or even serve as an afternoon pick me up. Now one KELOLAND woman has taken her passion for coffee on the road.

You can often find Shania Rozeboom preparing coffee for her customers at Rainy Day Coffee Co.

But this isn’t your typical coffee shop – in fact her business is on wheels.

“I named her Lucille, coffee on wheels, you’ve got to name it because it’s not cool unless you name it,” owner and roastess, Shania Rozeboom said.

Rozeboom and Lucille, her mobile coffee truck, pop up at different events in the area.

“Mostly on the weekends or weeknights, I have gone to farmers markets, there’s a little flower farm that I pop up at night sometimes down by Elk Point, town events, I’ve gone to Viborg Danish Days, Sioux Falls, I’ve gone up to Trent, South Dakota, that’s pretty far for this thing to go but it was good,” Rozeboom said.

Sasha Huether decided to stop by on her way to work.

“I saw on Instagram that Lucille was going to be here and I was excited because we don’t really have a fancy place to get coffee in the morning so it’s nice that she is out and about,” customer Sasha Huether said.

There’s a little something for everyone, from coffee and tea to chai, and hot chocolate.

“I’m trying the hipster today, I haven’t tried that, it’s got lavender I think and some vanilla and almond milk so I’m looking forward to that but I really like mocha jive, I’ve bought that in beans and grind it myself,” Huether said.

“Coffee isn’t really in small town South Dakota, it’s in Sioux Falls, and we had lived back here for about a year and I started thinking to myself, this isn’t around here, I know how to do this, why am I not roasting coffee,” Rozeboom said.

This year she decided to take her business mobile.

“It was an ice cream truck before so I don’t know what it was in previous lives but it was hilarious, pink on the inside and then this lime green on the outside,” Rozeboom said. “We built everything in there, the cabinets, counters, there’s water tanks, the whole works to make this mobile coffee truck so painted it and put graphics on it, so from January to our first event in May, so it took us about 4 months.”

A dream that Rozeboom is glad to be able to share with her customers.

“I love coffee and I know people love coffee, but when they show up it’s just so cool, it makes it that much better, and they walk away with a coffee in their hand, and that’s what I wanted,” Rozeboom said.