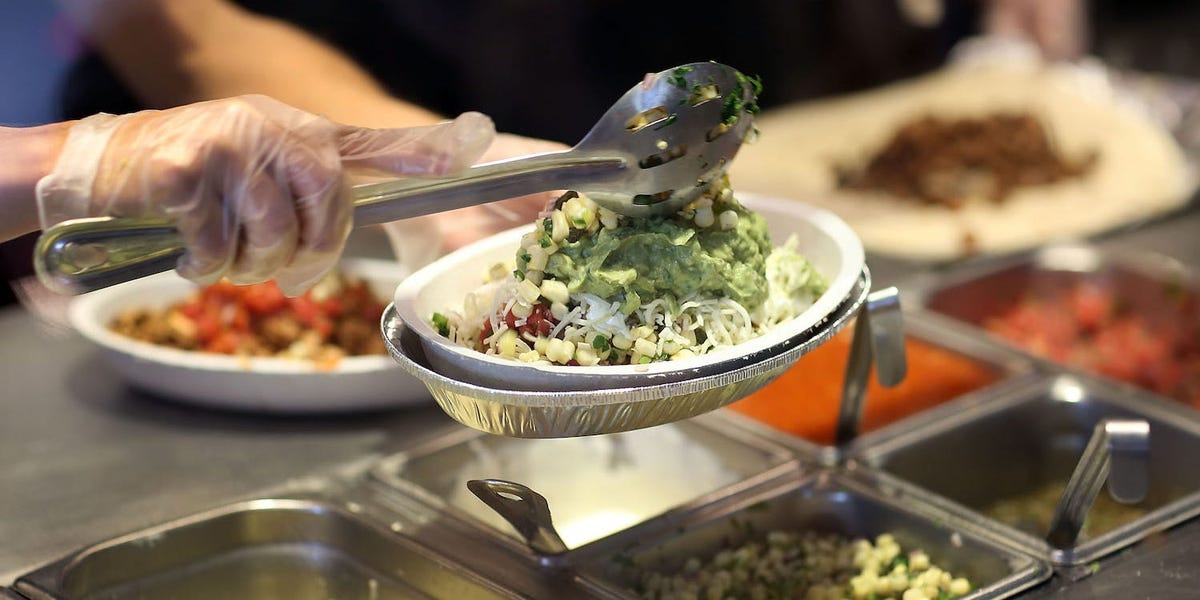 Quick-service chains got a boost across the industry over the last year and a half, and it’s changed how they work. Fast food keeps getting slower, while fast-casual chains have embraced drive-thrus and sped up service.

Fast food is fairly clearly defined, and recognizable to the average customer. Chains like McDonald’s, Wendy’s, and Burger King sell food that can be quickly prepared and sold, often burgers and fries. The definition of fast-casual is fuzzier, closer to a marketing term. The difference comes down to higher costs at fast-casual restaurants, along with upscale decor and being aimed towards adults rather than children, according to Darren Tristano, executive vice president of Technomic research firm.

These distinctions are become less clear by the year, and they might not matter anymore. When COVID-19 closed dining rooms in spring 2020, delivery and takeout became the main ways people were buying food out, and chains scrambled to make that faster and viable. The major fast-food chains were already well-equipped to survive a drop in indoor dining, with established drive-thrus and systems for efficient food pickups.

Chains that were traditionally considered fast-casual took a cue from fast food and started adding drive-thrus and other ways for customers to get in and out quickly. Chipotle, which had built its business model on customized burritos and burrito bowls made behind an assembly line right in front of customers, ramped up expansion of Chipotlanes, the brand’s drive-thrus. In 2019 before COVID-19 shifted the quick-service landscape, Chipotle had just 10 Chipotlanes. As of September 30, there were 284 in the US, with 36 of 41 Chipotles opened in 2021 including drive-thrus.

Chipotle executives said that Chipotlanes have higher margins because they typically have higher sales and operate more efficiently than the traditional format, and so other fast-casual chains are following Chipotle’s lead. Sweetgreen, Qdoba, and Panera have all released their own plans for smaller restaurants focused on takeout with drive-thrus.

While fast-casual is getting faster and adding drive-thrus, fast food is getting slower and more expensive. Average wait time in fast-food drive-thrus increased nearly 30 seconds since 2020 to just over six minutes this year, while Chipotle pushed average drive-thru time down to 10 minutes. Waits have steadily increased over the last few years, from 234 seconds in 2018, to 327 seconds in 2019 and 356.8 in 2020, resulting in this year’s relatively long waits.

Picking up a quick meal from McDonald’s, Burger King, or another fast-food chain isn’t as inexpensive as it once was, either. Prices at fast-food restaurants rose 7.1% compared this October compared to last year, according to new data released by the Bureau of Labor Statistics. In July, Insider reported on some chains raising prices by as much as 10%. The greatest price increases were 10% at Taco Bell, 8% at McDonald’s, and 8% at Dunkin’, followed by Chipotle and The Cheesecake Factory, according to analysis from Gordon Haskett.

Customer experiences at different kinds of chains are increasingly the same. Digital sales made up nearly half of orders at Chipotle in the last quarter, and over 20% of sales at McDonald’s. For the average person ordering through an app and picking up food from a counter inside, it doesn’t matter whether a restaurant refers to itself as fast casual, fast food, or something else completely.

Do you have a story to share about a retail or restaurant chain? Email this reporter at [email protected]