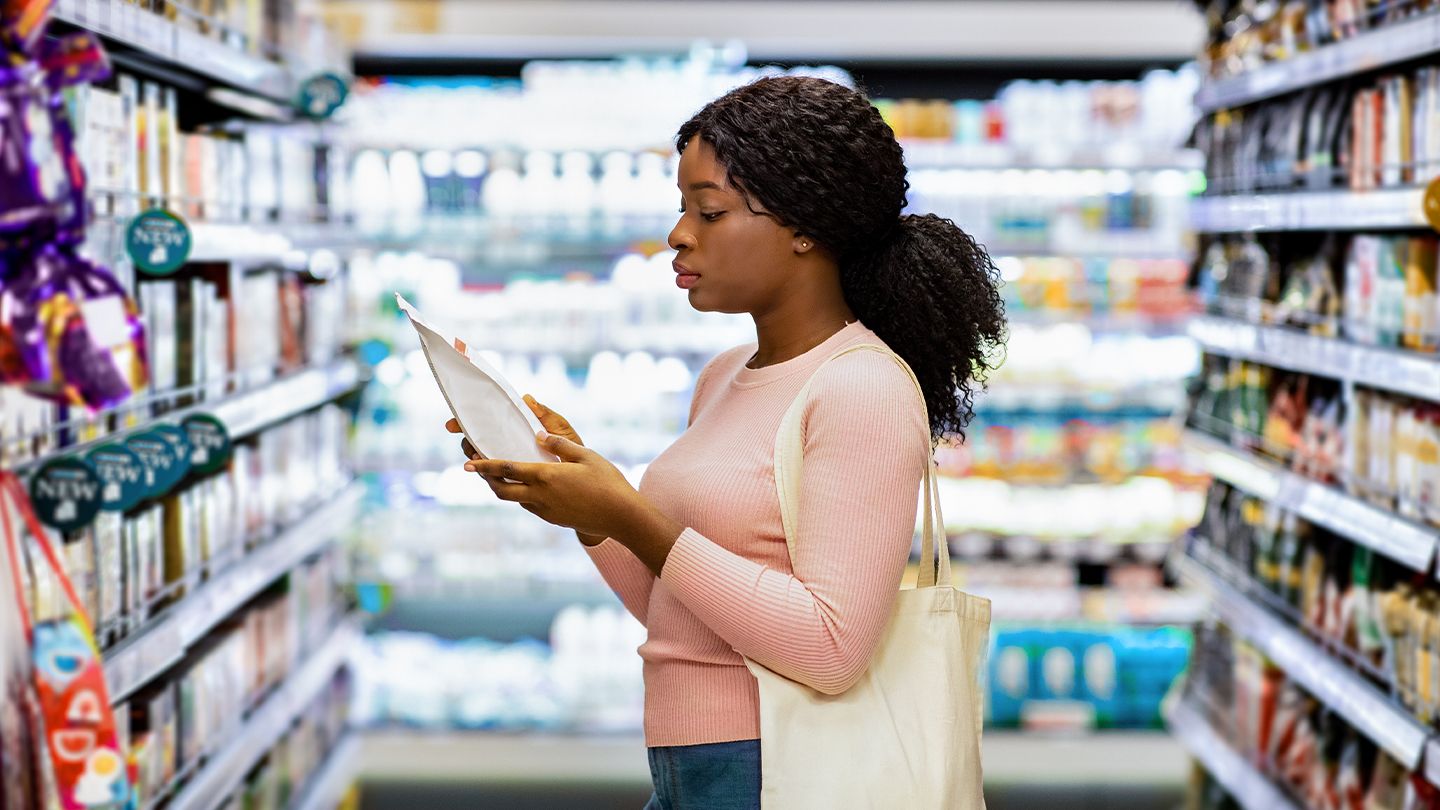 On September 28, the U.S. Food and Drug Administration (FDA) proposed an updated definition for the term “healthy“ when it’s used on food labels, to be more consistent with the latest nutrition science and the current dietary guidelines for Americans, according to a news release.

The change to the requirements for a “healthy” label is part of a larger national strategy on hunger, nutrition, and health that aims to reduce some of the chronic diseases that are caused by eating habits and to advance health equity.

“Nutrition is key to improving our nation’s health,” said Xavier Becerra, the secretary of the Department of Health and Human Services (HHS), in the press release. “Healthy food can lower our risk for chronic disease. But too many people may not know what constitutes healthy food. FDA’s move will help educate more Americans to improve health outcomes, tackle health disparities, and save lives.”

The proposal to change the nutrition requirements for a “healthy” claim is a good move by the FDA, says Selvi Rajagopal, MD, MPH, an assistant professor of medicine and an obesity medicine specialist at Johns Hopkins Medicine in Baltimore. “Over time, nutrition research has gotten better and our understanding of disease has also gotten better. For example, we now understand that different types of fat affect the body in different ways — it’s not all good or all bad,” she says.

These changes will better reflect that understanding, says Dr. Rajagopal. “What is healthy and what’s not healthy can be nuanced, and the FDA is trying to relay that information to the consumer in a user-friendly way,” she says.

According to Current Guidelines, Nuts and Seeds Aren’t ‘Healthy’

The definition of “healthy” as a nutrient content claim that food manufacturers could use was established in 1994 and hasn’t been updated since, according to the FDA. That definition doesn’t allow for nutrient-dense foods, such as whole nuts and seeds, to be considered healthy. In some cases, it also allows foods with excess saturated fat, sodium, and added sugars to bear the healthy claim.

Many people became aware of the issue in 2015, when the FDA sent a warning letter to KIND, a snack food company based in New York City, requesting the removal of the word “healthy” from four KIND products, known as KIND bars.

The bars in question were full of nuts, seeds, and dried berries, and did not meet the “low fat” requirement in the rule, which did not account for the healthy fats that come from nuts. The current FDA guideline, then and now, doesn’t include any restrictions on added sugar or require that foods contain a certain amount of a recommended food group.

That means that food like salmon, avocados, and almonds don’t qualify as “healthy,” but foods that are lower in fat but contain a lot of added sugars, such as fat-free chocolate pudding, sweetened cereals, and low-fat toaster pastries, do.

Later that year, KIND petitioned the FDA to revise the “healthy” definition to achieve consistency with the dietary guidelines, which actually encourage consumption of nuts and count dried fruits toward fruit intake. In 2016 the agency settled the issue with the company, stating that they would not object to “healthy” if it appears as part of a corporate philosophy where it does not appear on the same display panel as nutrient content claims or nutrition information.

As an obesity medicine specialist, Rajagopal has daily conversations with people about healthy eating and lifestyle. “What I learn from my patients is that in the current environment there is a lot of confusion about what is healthy and what is not because they get so much mixed messaging,” she says.

“I’ll hear things like, ‘I purchased this granola bar because it had a ‘smart’ label, or advertised that it was made with whole grains, or the packaging said it was healthy.’ But then if we look more closely at the label, there may be a lot of added sugars and it may be lacking in good nutritional content,” says Rajagopal.

Unless they have gone to school to get a nutrition degree, very few people know how to read a food label, she says. “Because they may not know how to interpret a label on their own, they have to go off what they see on the package; they are having to make quick decisions and do the best they can.”

Rajagopal believes that clear and accurate labeling that adheres to a set standard reflecting what we currently know about nutrition will be helpful to people. “This is important, because eating too much of certain types of foods can actually be quite harmful. This proposal is telling food manufacturers, if you want to say that something is healthy and label it as a healthy product, you have to limit certain things,” she says.

Proposed Labeling Would Set Limits for Added Sugars and Sodium

Under the proposed definition, in order for food packaging to bear the label “healthy,” the products will need to:

The FDA sees this as one way to address and improve the way Americans are eating. More than 80 percent of people in the United States aren’t eating enough vegetables, fruit, and dairy, according to the Dietary Guidelines for America, 2020–2025. Those guidelines recommend 1.5 to 2 cups of fruit each day, and 2 to 3 cups of vegetables each day, including legumes.

Three out of four people eat more than the recommended limit for saturated fat, and 90 percent of the population exceeds the chronic disease risk reduction limits for sodium.

That’s concerning, because unhealthy dietary patterns can increase the risk of some of the most common chronic diseases, according to the agency.

“Diet-related chronic diseases, such as cardiovascular disease and type 2 diabetes, are the leading causes of death and disability in the United States and disproportionately impact racial and ethnic minority groups,” said Robert M. Califf, MD, the FDA’s commissioner, in the press release.

For example, while more than 4 in 10 American adults have high blood pressure, that number increases to almost 6 in 10 for non-Hispanic Black adults.

11 Million Deaths a Year: The Global Cost of Unhealthy Eating

Nutrition is the cornerstone of health, a fact that’s been largely undervalued until recently, says Rajagopal. “Modern healthcare has evolved in a way that values treatments and reactions to disease over prevention,” she says.

It’s taken a while, but we’re finally recognizing that lifestyle and nutrition really play a huge role in the onset of disease, as well as the management of disease, says Rajagopal.

And this problem isn’t just in the United States — it’s a problem around the world. An estimated 11 million deaths and 255 million lost life-years were attributable to unhealthy eating, according to a study published in April 2019 in The Lancet. Researchers highlighted high sodium intake and low intake of whole grains, fruits, and vegetables as major contributors to the health crisis.

A study published in October 2020 in the European Heart Journal: Quality of Care and Clinical Outcomes concluded that two-thirds of heart-disease-related deaths worldwide can be linked to food choices — the authors estimated that six million deaths could have been avoided through better diets.

The FDA Wants to Hear From You

If you want to share your thoughts on the proposed change, you can submit comments to the FDA up to 90 days after the announcement was made.