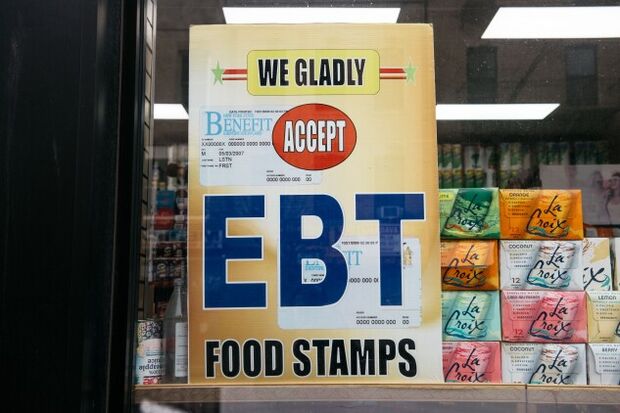 Food assistance advocates, weeks before a White House summit on reducing hunger nationwide, are divided over how and whether to restrict access to the government’s largest nutrition aid program.

The tug-of-war was on display Tuesday as an independent task force weighed in on how to improve Americans’ diets through the Supplemental Nutrition Assistance Program, which reaches roughly 40 million people. Flashpoints in the debate over SNAP, formerly known as food stamps, include whether to restrict recipients and the foods they can buy.

“People are sort of starving while eating terrible foods — they’re starving from nutrition,” said Dariush Mozaffarian, a dean at the Tufts Nutrition Department and co-chair of the Task Force on Hunger, Nutrition, and Health.

The White House conference slated for next month sets an ambitious goal to end hunger, increase healthy eating, and get more Americans exercising by 2030. Ordered by Congress in an appropriations bill (Public Law 117-103), it aims to stanch a steady rise in diet-related illnesses such as diabetes, hypertension, and obesity — which now affect more than 40% of US adults. The Biden administration has yet to release its own recommendations on food programs.

Nutrition programs like SNAP were largely shaped by the first White House hunger conference in 1969. There hasn’t been another such summit in the five decades since, and next month’s meeting is motivating the various issue groups to compete for their 21st century priorities.

The task force’s report agreed on using federal nutrition programs like SNAP and school meals to promote healthier eating. But members — including researchers, advocates, and former government officials — diverged over how hard to press those goals.

The ubiquity of highly-processed, low-cost foods has led policymakers to float the idea of restricting what items SNAP dollars can be used to purchase, such as nixing sugar-sweetened beverages that lack nutritional benefits. Those in favor of added restrictions said state-level pilot programs to test the idea, along with incentives for buying healthier foods, could help cut back on diet-related illnesses associated with sugary drinks.

Others say tightening restrictions for low-income Americans, many of whom live in food deserts with limited options, would just add stress and stigma to the program.

Having a low income is associated with higher rates of obesity and other nutrition-related conditions, research shows. But the federal government can’t solve low-income Americans’ nutrition problems by “controlling what people struggling with poverty are able to access,” said Vince Hall, chief government relations officer for Feeding America. “That would violate the sovereignty, the dignity, the autonomy of people struggling with food insecurity.”

Instead, many who oppose added SNAP restrictions say increasing the benefit amount would give low-income Americans what they need to buy healthier, fresher food instead of the processed options that are easier on their wallets. The task force agreed that SNAP levels should be evaluated every five years and adjusted for inflation to make sure recipients have what they need to afford healthy food.

Work requirements for receiving SNAP benefits also split the task force, with some members saying they create unnecessary strain — and others arguing they’re suited for adults without kids or disabilities.

The requirement that child-free adults who aren’t disabled must have jobs or be in job training in order to receive food stamps was waived at the beginning of the Covid-19 pandemic. Republicans in Congress want to revive the work requirements, saying the job market has bounced back and recipients should now be able to comply.

But some task force members suggested the waivers should be made permanent.

“They pointed out that the loss of employment is when SNAP is particularly needed, and maintained that the work requirement creates undue strain on groups such as low-income college students and some rural and tribal residents who live in areas with limited job opportunities,” the report says.

Members, too, split over whether to allow undocumented immigrants to receive SNAP benefits. Under current policies, immigrants must have five years of legal permanent residence to be eligible.

The task force did agree on expanding eligibility for SNAP and removing some administrative hurdles. Recommendations included simplifying applications for adults 60 and older, and making it easier for active-duty soldiers to get food stamps, to cut down on military hunger rates.

Obstacles to receiving nutrition aid, especially for older adults, have long been a focal point for anti-hunger advocates. “If you’re 75 and living on disability benefits, you’re not going to have a sudden windfall,” Abby Leibman, president of MAZON: A Jewish Response to Hunger, said. Seniors shouldn’t have to verify their eligibility as frequently as younger people, she added.

The White House will need to juggle the competing priorities at its September gathering.

“If anti-hunger advocates and nutrition advocates fight amongst each other, instead of realizing that they’re on the same team, that could impede the success of the conference,” task force co-chair Mozaffarian said.

Anti-hunger lobbyists and groups also say they’ve yet to receive as much as an agenda or date for the conference, beyond that it’s happening in September — sowing some doubts about how effective the gathering will be.

The White House and Department of Health and Human Services didn’t respond to requests for comment on the details of the conference.

“We really don’t know what’s about to be proposed or discussed, other than the publicly available information on their website, really,” said Meredith Whitmire, vice president of Matz, Blancato & Associates, a consultancy for organizations focused on health, aging, and nutrition.

Still, others are drawing optimism from the success of the 1969 conference and the proximity of this summit to work on next year’s Farm Bill, in which Congress will reauthorize federal nutrition programs like SNAP. The current farm bill is set to expire on Sept. 30, 2023.

Bob Blancato, the consultancy’s president and past organizer of the White House Conference on Aging in 1995, was confident the event would come together. Since Congress authorized the summit, he expects lawmakers will be eager to implement whatever recommendations come out of it.

“You also realize that you have the all-important farm bill that will encompass a lot of nutrition issues that’s scheduled to come before Congress in 2023, and some of the work is already going on in that space now,” he said in an interview “So I think there’s reason to be optimistic.”

To contact the reporter on this story: Maeve Sheehey in Washington at [email protected]