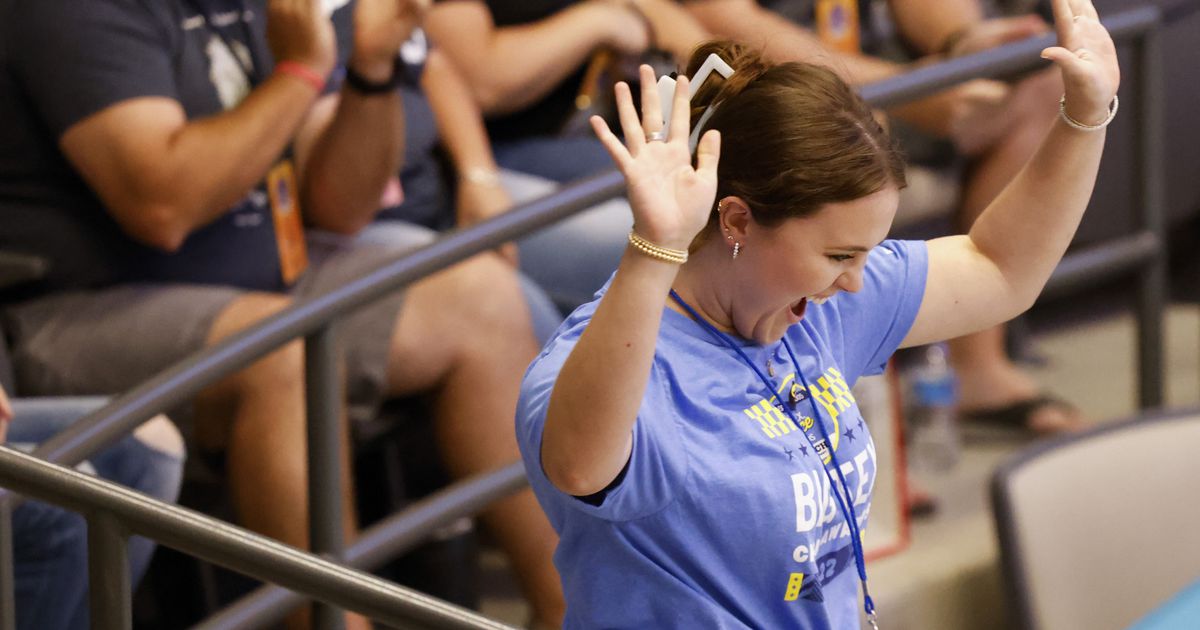 This year, I dare you: Order the winners of the State Fair of Texas’ Big Tex Choice Awards and turn them into a progressive dinner.

It’s a lot of calories.

Not a lot of vegetables.

Start with a Cha-Cha Chata, a horchata milkshake awarded “most creative” by a panel of six judges.

Then move into the fried charcuterie board. It’s the winner in 2022 for “best taste – savory” and was created by 22-year-old concessionaire Josey Mayes, whose family has been at the State Fair for 73 years.

All three award-winning dishes will be served at the State Fair of Texas, from Sept. 30 to Oct. 23.

As judges tried each dish, “amazing” was the word of the day. That word was used more than a dozen times describing the five savory items and five sweet items they tried.

Maricsa Trejo, co-owner of La Casita Bakeshop in Richardson and one of the judges, said the Cha-Cha Chata milkshake was one of her favorites.

“First of all, I’m lactose intolerant, but I’m going to eat this whole thing,” she says. She makes horchata at La Casita but felt that the Garza family’s State Fair drink was better than hers. It’s a horchata and vanilla ice cream milkshake with a caramel and cinnamon rim. Each cup comes with a churro and a few deep-fried bites of arroz con leche, a dish the Garza family won a Big Tex Choice Award for “best taste – sweet” in 2018.

”It’s my whole childhood, in a cup,” Trejo says.

She grew up going to the State Fair of Texas with her five sisters and even spent her 21st birthday at the fair.

The Garzas have been winners or finalists four times at the Big Tex Choice Awards. Their most recent win was for 2019′s “most creative” dish, a fried mango and sorbet dessert cleverly called Fla’Mango Tango.

Mayes’ fried charcuterie board was inspired by her love for making meat-and-cheese appetizers for her friends. Her winning dish is made of mozzarella, salami, prosciutto and green apples tossed in balsamic vinegar and olive oil, then encased in a wonton wrapper and fried. Each little pocket is topped with goat cheese and hot honey.

“The generation that was brought up on Lunchables has really taken it to a whole ‘nother level,” says Karissa Condoianis, senior vice president of public relations, during the press conference.

Mayes’ family has been at the fair for four generations. Judge Hiawatha Williams, founder of Williams Chicken, said after trying the fried charcuterie: “They’ll be here 73 more years.”

Brad Batson, a judge and a co-founder of Karbach Brewing, called the fried charcuterie “really creative.”

Easter and Sternes’ award-winning dessert is a deep-fried honey bun — and then some.

“Once you take one bite, it’s mouthwatering and all you can think about is paradise and heaven,” Sternes says.

She and Easter, her husband, co-own Southside Steaks & Cakes, located less than a mile from Big Tex’s boots, just outside the State Fair of Texas’ gates. They’re new to the Big Tex Choice Awards and seemed shocked by the win.

“To be a finalist on your first time, we were honored, because we’re part of tradition now,” Sternes says.

Judges at the Big Tex Choice Awards in 2022 were Rob “Big Rob” Maiden, captain of the Mavs ManiAACs; Lance Barrow, formerly of CBS Sports; Bruce Sifford, the State Fair’s chairman of the board; and Trejo, Williams and Batson.