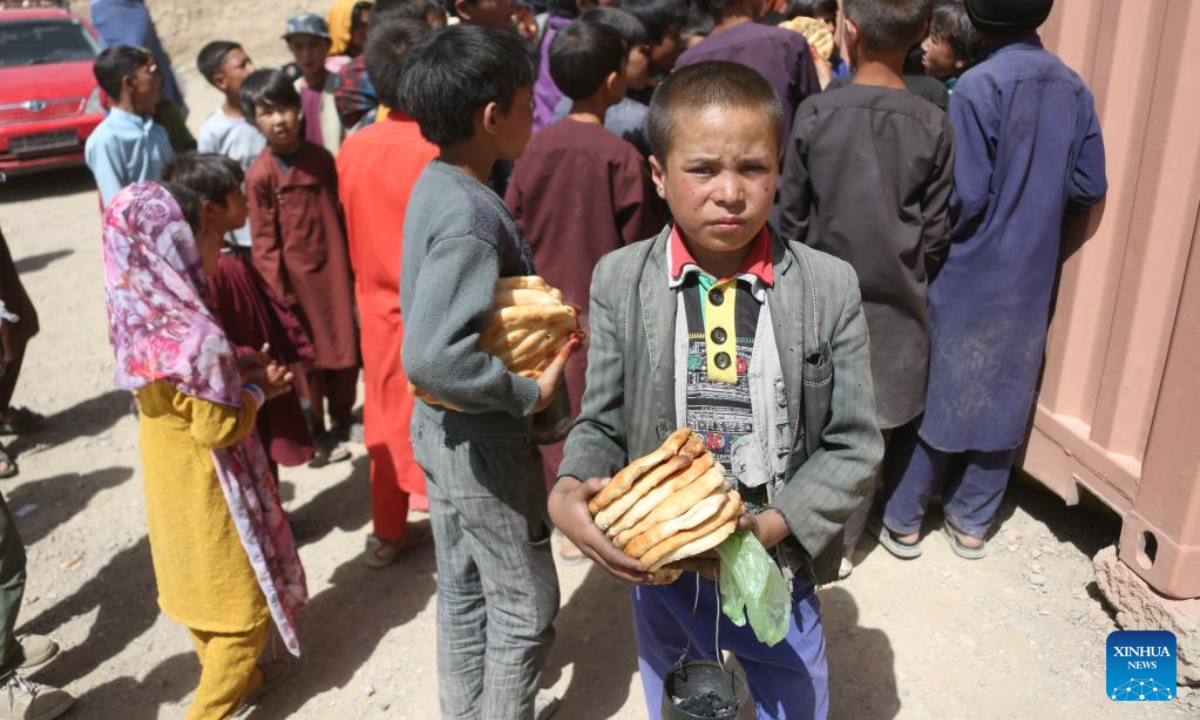 The world is facing “a global emergency of unprecedented magnitude” as the number of people facing acute food insecurity worldwide has more than doubled to 345 million this year since 2019, said David Beasley, executive director of the UN World Food Programme, according to Al Jazeera.

At a time when the global food crisis has become the focus of the international community, the US, the African Union, the EU and Spain will co-chair a food security summit at the UN on Tuesday, the VOA reported on Sunday. “It is bringing both the South as well as countries – developing countries and donor countries – together in the room to address these issues and how we move forward,” US Ambassador to the UN Linda Thomas-Greenfield said. “So that we can avoid the crisis that we are actually experiencing right now and see if we can make the situation better in the coming months,” according to the VOA report.

It is not uncommon to see US officials talk about Washington’s efforts to strengthen global food security, but the mostly empty talks may be only aimed at creating a narrative that serves the US’ own interests and covers up the fact that the US is reaping windfall profits from the global crisis again. Given the causes of the current food crisis, the soaring food prices and the US’ dominant control of the global food trade, there is every reason to believe that the US government may actually care more about how to profit from the crisis instead of alleviating it.

While US-led Western public opinion has been blaming the Russia-Ukraine crisis for causing global food shortage, the international community has come to realize that the US and its allies are actually the creators of the food crisis. With the full knowledge of the fact that Russia is one of the world’s leading food producers and one of the world’s largest suppliers of fertilizers, the US and its allies still imposed unilateral economic sanctions against Russia, which have significantly disrupted global food supply chain and led to the spike in food prices.

According to a statement on safeguarding international food security released on Friday, member states of the Shanghai Cooperation Organisation consider unilateral restrictive measures in violation of international law and their extra-territorial use as unacceptable, which destabilize the international food market and threaten the long-term stable economic and social development of all countries, especially developing and least developed countries, Chinese news network CGTN reported.

Indeed, there is growing awareness that the global food crisis is not caused by the availability of food, but soaring prices. Global food production has been growing faster than the population, with a lot of grain that hasn’t been used for human consumption, so there is no supply problem in the global food market.

However, due to the Russia-Ukraine crisis and the West’s sanctions against Russia, there have been lots of speculative activities propping up food prices in the food market amid the so-called supply panic, exacerbating the food crisis. Since three of the four good giants that control up to 80 percent of global food trade are American, the US can reap not only the dividends of high food prices, but also the geopolitical benefits brought by global food insecurity.

Since the sanctions imposed by the West have created a source of market panic and speculation, the US has the responsibility to strictly regulate and rein in the speculation so as to prevent the food crisis from worsening. But it seems the Biden administration lacks the will to tackle the high food prices. Indeed, the US’ failure to manage or curb the market speculation is, to a certain extent, a disguised support to US speculators in raking in windfall profits from the global crisis.

In this sense, the international community needs to pay close attention to the real moves of developed countries on addressing food crisis and should not let the US-style narrative become an excuse for the West to shirk the responsibilities on food security.