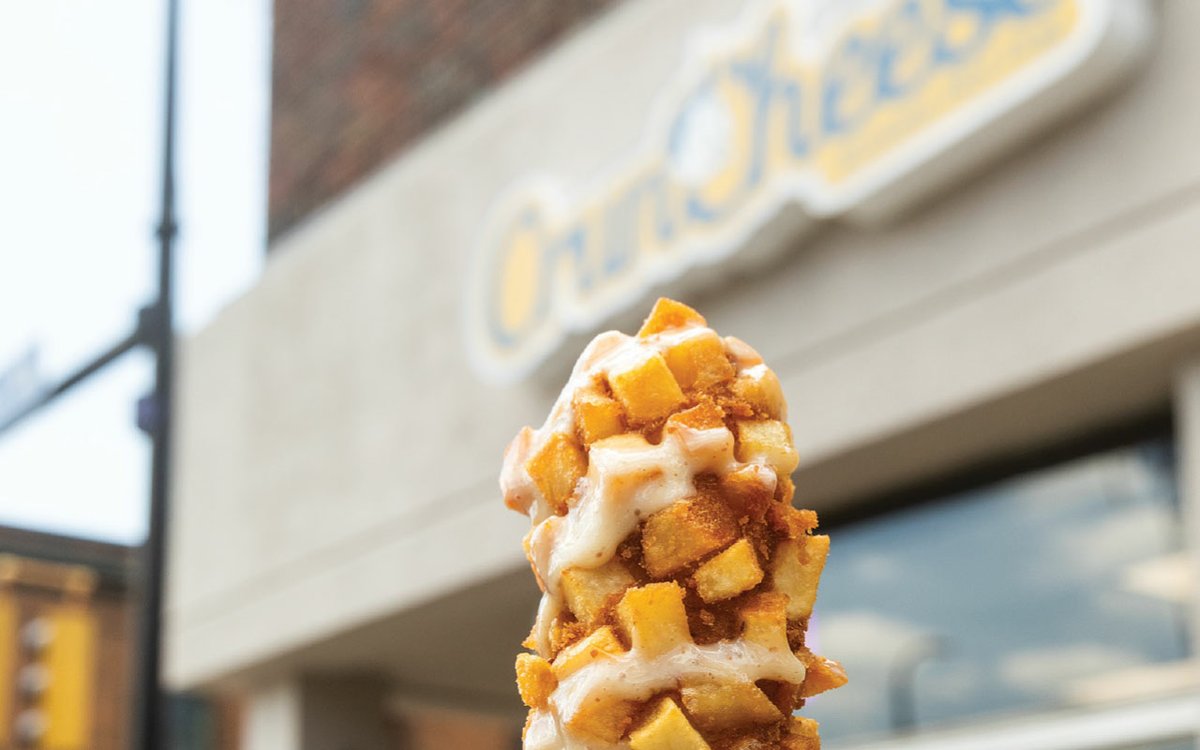 The first time I went to a U of M Lodge frat party in the early ’90s, we busted out and walked to Station 19 for beers and dancing and ended up with some manner of late-night pizza eaten at The Chateau. Sushi had not yet become a thing in my life, forget about poke. And there weren’t even Starbucks in Minnesota at the time, let alone bubble tea purveyors from Taiwan. But I have to wonder how different it all would have been if 20-something me had been wandering the streets of Dinkytown and Stadium Village as they are today.

Not to put too fine a point on the missing McDonald’s at the corner of SE 4th Street and 15th Avenue, but this area has been changing and maybe forever will be changing. Can we really think that a neighborhood populated mostly by inherently temporary residents would hold too fast to tradition? Sure, Stub and Herb’s is still there after 83 years, and Al’s Breakfast is clearly eternal, but it’s hard to miss some interesting neighborhood developments inspired by the next generation of incoming students.

According to the university, the Twin Cities campus is home to some 6,900 international students. In 2019, it was ranked as the 21st most popular college with global kids, out of roughly 1,200 surveyed. More than 100 countries are represented on campus, with China, India, and South Korea showing up with the largest communities. But since the Beijing international office opened in 2009, the number of Chinese students on campus has increased to more than a third of the international kids seeking degrees.

Maybe that’s what makes this neighborhood an attractive market for international businesses. Legendary Spice, which is featured in our guide to the spiciest spots in the Twin Cities, is a restaurant with only two locations: Stadium Village and Chengdu, China. Both opened in 2017 and are family-owned.

In October, Taiwanese bubble tea shop Tiger Sugar came to the neighborhood. The chain, which boasts more than 40 locations around the world, opened its only Minnesota location on 14th Avenue SE. On opening weekend, a line snaked around the block as students and influencers waited for their famous eight-hour-process brown sugar bubble tea.

Personally, I am of the mind that if this keeps happening, we are in for some pretty wonderful things. I first started wondering if Dinkytown was becoming our Chinatown. But as I really think about it, it’s so much more than that. Can we call it the Global Village? Street Food Street? Or Worldtown? Not catchy, I know; I’ll work on it.

Maybe what’s ahead is best forecast by the opening of CrunCheese, a Korean corn dog eatery that now sits on the hot corner of 14th Avenue and SE 4th Street. Think of the back-and-forth flow of cultures that led the iconic corn dog (invented sometime between 1920 and 1940 in the U.S.) to become a fascination of Korean street food vendors in the 1980s, only to become the basis for a successful chain of Myungrang Hotdogs restaurants. Those, in turn, inspired a food trend that became global enough to bring the reimagined dog on a stick back to America. I can love my State Fair Pronto Pup every year and still cheer on the Korean creativity that puts cheese in there with the hot dog or encrusts the whole thing in fries before the fry. It’s just so much winning.

This is the kind of foreign exchange program I am happy to boost. If these businesses make the incoming international students feel more at home during their time here, AND we get to welcome a bit of international street food to our streets: more, please. We now have mochi donuts and bubble teas and hot pot spots among the places already boasting falafel makers, burrito pros, poke masters, and Philly cheesesteak artists.

Summer is a great time to kick off your global feasting, as the majority of students are gone for the season, so lines, if any, are short. Except at Al’s Breakfast, of course.

Food and Dining editor Stephanie March writes and edits Mpls.St.Paul Magazine’s Eat + Drink section. She can also be heard Saturdays on her myTalk107.1 radio show, Weekly Dish, where she talks about the Twin Cities food scene.