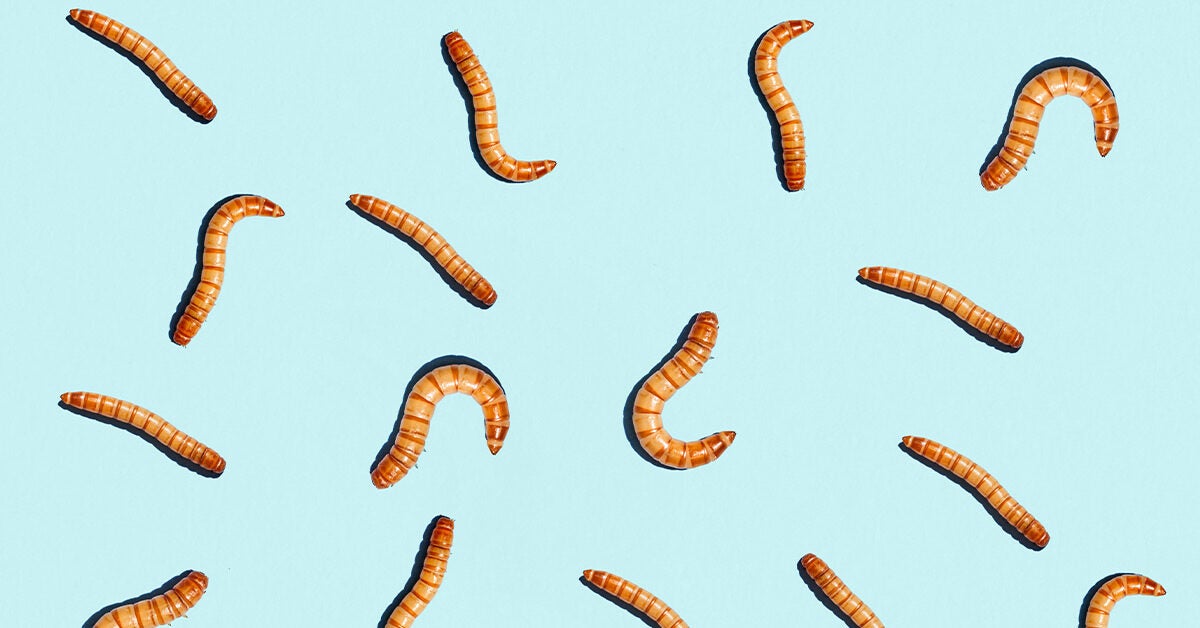 The future of sustainable food consumption might rest with the humble, squirmy mealworm.

But first, scientists need to convince more people to eat them.

A South Korean research team set out to do that by testing various methods of mealworm preparation, including steaming them, which produced sweet corn-like aromas, deep frying them, which gave them shrimp-like profiles, as well as heating them with sugar.

These “reaction flavors” were then optimized into 10 categories based on consumer preferences, the researchers said, hopefully paving the way for worm-based food in the future.

“Recently, eating insects has become of interest because of the increasing cost of animal protein, as well as the associated environmental issues,” said In Hee Cho, PhD, the lead researcher based out of Wonkwang University in South Korea, in a press release.

The findings were presented at the American Chemical Society fall meeting this week. The research hasn’t been peer-reviewed or published yet.

Making food that tastes good is a big part of winning the battle for consumer interest, experts say.

The rest is cultural – including getting over the “ick” factor some may have to eating insects.

“The key challenge for the insects as food industry is overcoming public stigma,” said Jeff Tomberlin, PhD, the director of the Center for Environmental Sustainability through Insect Farming in the Texas A&M Department of Entomology.

“Convincing westerners that insects whole or as an ingredient are safe and delectable will take time,” Tomberlin told Healthline. “However, if one considers other foods that have faced the same challenges, I am confident the insects as food and feed industry will have the same success.”

Tomberlin compared getting people to accept insect-based foods as similar to the journey sushi took from an object of disgust to an everyday item. The same is true with lobsters, which were once considered a poor man’s food and are now a delicacy.

Tomberlin also pointed out that insects are incredibly efficient waste processors from a sustainability perspective. He pointed to the black soldier fly larva, which is approved as a feed for livestock and aquaculture and recently for pets.

“That species, which I’ve studied for over 24 years, is the crown jewel of the industry. The larvae can eat just about anything, including waste, and it can convert that into a high protein, high-fat insect biomass,” he said.

And eating insects, while not common the world over, is far from uncommon. Around 2.5 billion people worldwide make insects part of their diets, much like meat or fish, according to the Food and Agriculture Organization of the United Nations.

“I am a big believer in the promise of insect protein to solve some of our most intractable food challenges,” said Jennifer Kaplan, MBA, the director of sustainability at C16 Biosciences and a Food System Sustainability Instructor at the Presidio Graduate School in San Francisco.

There are signs that the people in the United States might be more willing to accept insect protein as a meat alternative than one might think. A recent study from consumer insights platform Veylinx found that nearly three in 10 Americans expressed purchase interest in insect protein.

But even if you can convince Americans to eat insects, they may not be able to purchase them for human consumption.

Mealworms are a staple pet food, but Food and Drug Administration regulations have historically been focused on keeping insects out of human food – not making them a core part of the product.

Instead, the agency has offered guidance that could be viewed as informally accepting insects as food, but the rules around this are ambiguous.

Changes may be on the horizon, however. In July 2022, the European Food Safety Authority approved Lesser mealworms for human consumption after approving yellow mealworms a year prior. That could pave the way for other regulatory agencies to follow suit.

“I think we all recognize that we have limited resources on this planet,” Tomberlin said. “We need to be more judicious with how we manage it and to be as efficient as we possibly can. I think insects as a potential food or animal feed presents opportunities to increase that efficiency, to diversify the economy, create economic opportunities, decrease dependence on imports, all while protecting the environment.”