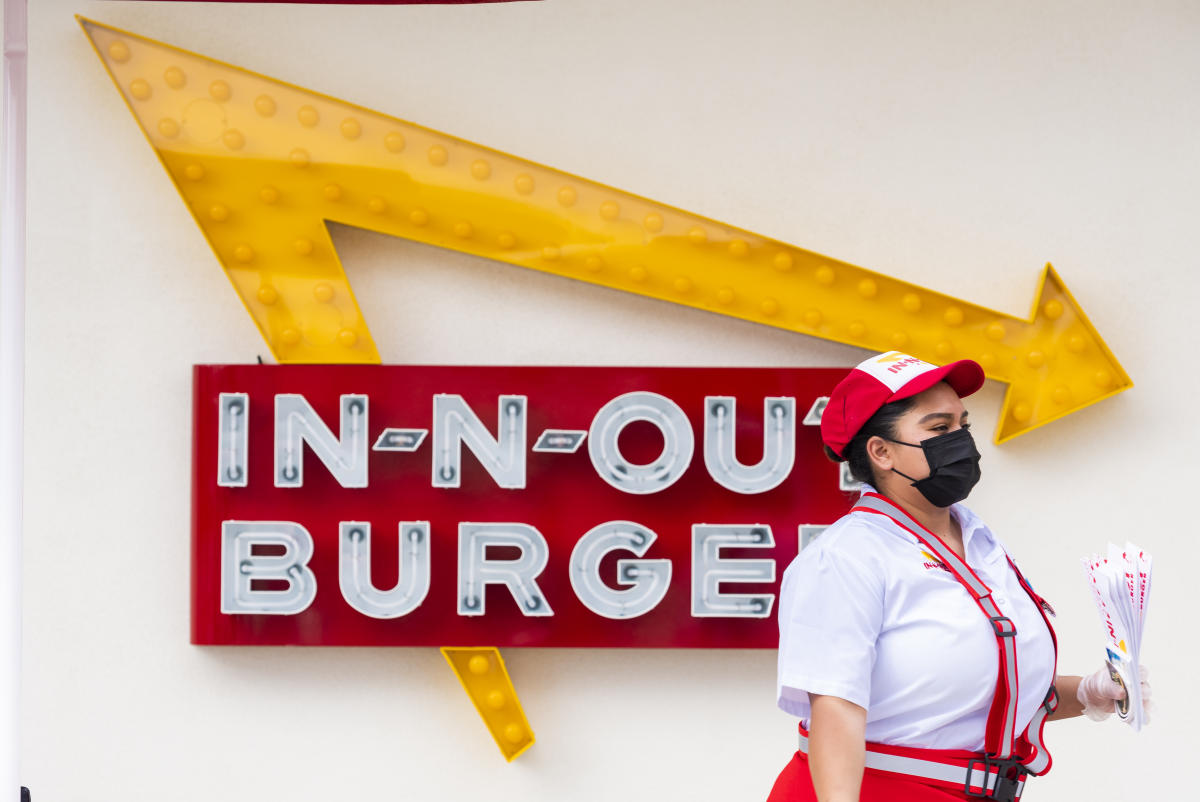 Fast food chains are in competition to recruit and maintain talent, with some businesses faring better than others when it comes to employee satisfaction, according to new report from financial services firm William Blair.

In the study, the firm analyzed more than 350,000 Glassdoor reviews on over 90 restaurant concepts, including fast-casual, quick service, speciality and casual dining.

Topping the list, 87% of In-N-Out Burger employees would recommend their jobs to friends, followed by Barcelona Wine Bar at 79%, and Snooze at 77%. Newcomers to the top 10 this year include Black Rifle Coffee Company, at 76%, MOD Pizza, at 73% and Chuy’s, with 73%.

All told, two-publicly traded restaurants made the top 10: Black Rifle Coffee Company at No.4 and Dutch Bros at No. 5, both of which came in with 76% of employees saying they’d recommend working there.

The firm’s overall findings were in line with previous years: culture outweighs compensation.

“We’ve been seeing this really consistently since 2015, when we started doing this analysis — where culture and values, senior management, diversity and inclusion — those seem to be much more correlated to overall employee satisfaction in the restaurant industry. Of course, those are the tougher things to get right. It’s easy to raise pay. It’s tough to change your culture,” Sharon Zackfia, William Blair equity research group head of consumer sector, told Yahoo Finance.

In the report, the firm noted that when “companies get the foundational intangibles right, the reward is often manifest in multiple years of top-ranked NPSs [net promoter score] related to how many employees would recommend their job to a friend.”

Zackfia noted that as a private company, top-ranked In-N-Out Burger, has a family feel.

“It’s family-run. I think because it’s family-run, it has a very familial element to it. They don’t have to kind of strive to meet quarterly earnings targets or sales targets for Wall Street, so I think there is a little bit less of that constant pressure that you might see for a public company,” Zackfia shared.

Though Starbucks didn’t make the top 10, seventy-one percent of employees said they’d refer a friend to work there.

“Starbucks has obviously been in the news a lot for its employee relations,” Zackfia said. “But if you look at Starbucks on an absolute basis, it’s been a top 20 net promoter score for the entire time we’ve done this since 2015, which is remarkable given that Starbucks has well over 30,000 locations right now, so scale isn’t necessarily the enemy of employee relations but it is obviously hard to stay small as you get large.”

While the analysis was done when founder Howard Shultz was named interim CEO, Zackfia says “we’ll see what happens” this fall.

“Clearly, Howard Schultz is back as interim CEO, [he] has a strong vision for the company and all the expectations are that he will remain as chairman of the board, so there will be that founder-led dynamic, obviously, with a new CEO coming in to partner with the board on leading that vision,” Zackfia added.

According to records from the NLRB, an independent federal labor agency, 228 Starbucks stores have voted in favor of unionization so far as of Tuesday. While 208 of those have been certified and must now begin bargaining in good faith with the union.

Here’s where some other well known brands ranked: Shake Shake, 64%, Dave & Busters, 59%, and Bloomin’ Brands, which has the following brands under its umbrella: Bonefish Grill, 69%, Carrabba’s Italian Grill, 65% and Outback Steakhouse, 65%.

The firm highlighted that it saw “worrisome trends” among employees at Chipotle, 53%, BJ’s Restaurants, 66%, sweetgreen, 54% and Kura Sushi, 39%.

Zackfia noted a downward trend of employee satisfaction at Chipotle was “probably is one of the most surprising findings.”

“I think with Chipotle, they went so digital during the pandemic and that’s a different muscle memory for employees when they’re serving primarily Uber Eats drivers who are delivering the food, or orders are being placed ahead, and consumers are just coming in to pick up. Now that those lines are coming back to the front of the stores again, which I think we’ve all seen, that’s a different dynamic. That’s a different level of pressure for those employees,” she explained.

Brooke DiPalma is a producer and reporter for Yahoo Finance. Follow her on Twitter at @BrookeDiPalma or email her at [email protected]

Click here for the latest stock market news and in-depth analysis, including events that move stocks

Read the latest financial and business news from Yahoo Finance

Download the Yahoo Finance app for Apple or Android