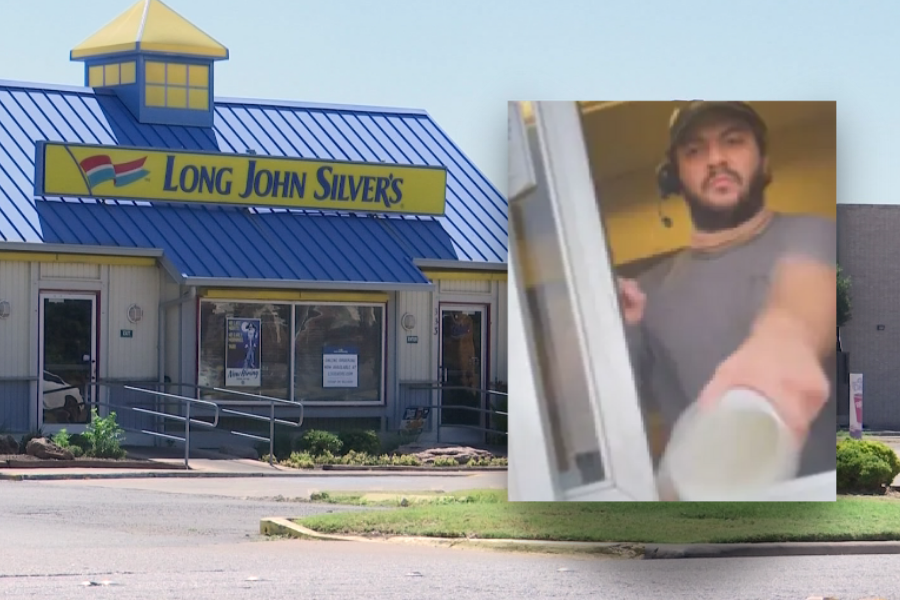 ABILENE, Texas (KTAB/KRBC) – An Abilene man working at the local Long John Silver’s threw contents of a cup at his customer after arguing with her at the drive-through window over the weekend. The customer got it all on camera, and that video has since had tens of thousands of views. Now, the employee’s mother is speaking out about her son’s condition, and how the video has affected their family.

Brittany Stevens went through the drive-through on Saturday, July 9, where she was allegedly told to “shut up” by the Long John Silver’s employee, Ethan Donald.

After recording their conversation and revealing to Donald what she was doing, he threw what appears to be ice in a cup at Brittany.

The customer declined to be on camera, but told KTAB/KRBC she was worried about the well-being of future customers. But for Ethan’s mom, she said she’s devastated for her son.

Ethan was diagnosed with Asperger’s Syndrome at 12 years old, an incurable developmental disorder affecting social abilities. He is now 25 years old and living on his own.

“We thought he was high-functioning enough that he could live a somewhat normal life,” Misty explained.

Never imagining this could have happened, Misty said she does not excuse his behavior. She expressed her hopes other people can understand what Ethan has gone through.

“He doesn’t have the skills that he needs to logically think through a stressful situation,” said Misty.

She wants him to get the help he needs.

“It’s unacceptable behavior, and as Ethan’s mom I love him unconditionally – as any mother would their child,” Misty bargained. “I know you do not have a complete picture of who he is as a person. I have and I will do everything I can to help him.”

Misty said she sought help for her son Monday, wanting others to know that she will not stop there. She said she wishes she could get in touch with the customer, to be able to hug her and apologize on behalf of Ethan.

“We are aware of this issue and are taking the necessary steps to resolve it. We’ve reached out to the customer and are working to make things right.”

According to Ethan’s mother, he has stepped down from his employment.

APD confirmed that Stevens did report the incident to them, and she is following up as a civil case.