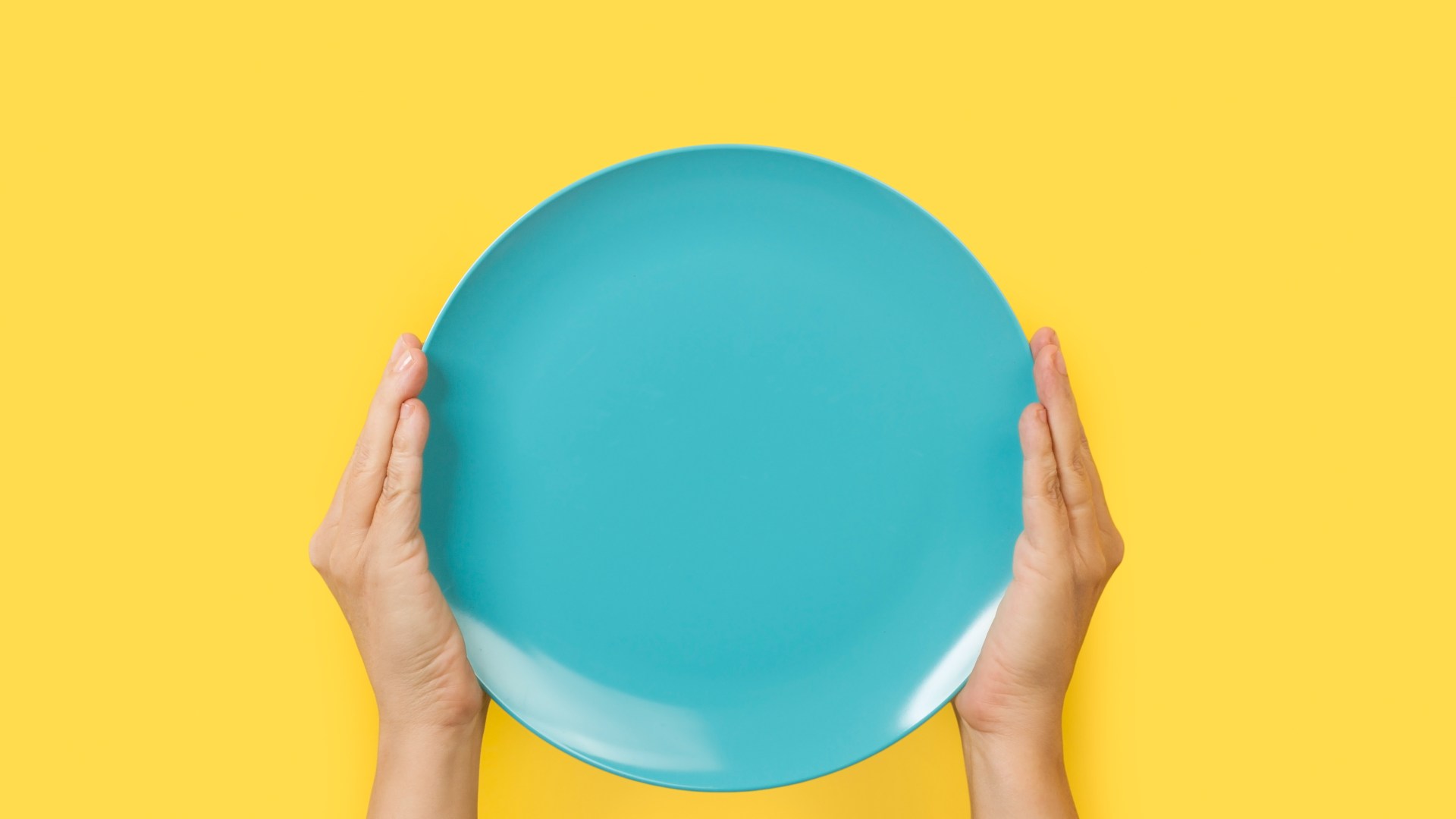 CARROTS will help you see in the dark. Don’t leave any food on your plate. Use margarine instead of butter.

Most of us grew up with food myths and old wives’ tales like these, usually told to us by loving parents who wanted to make sure we were well fed.

But are they all really true? And how many of us still live our lives by them?

According to a recent study from Herbalife Nutrition, many of us still believe in traditional food myths, which experts say could be damaging to our health.

We asked nutritionist Dr Richard Allison to debunk some of the most commonly believed food myths and set the record straight on all things nutrition. 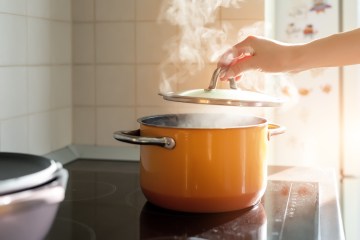 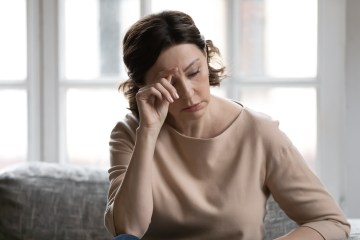 Around two thirds of Brits (66 per cent) believe you shouldn’t skip breakfast, but Dr Allison said this is actually your body’s first opportunity to refuel after sleep.

He said: “You need to replenish the glycogen stores that supply your body and muscles with energy.

“Skipping breakfast often could lead to a reduction of physical activity as your body would be lacking the necessary energy supplies to exercise / move efficiently.

“But it also depends on your lifestyle.

“For example, someone who works out first thing in the morning might not have their first meal of the day until 10/11am or so.

“Therefore, it is important to adapt your intake to your person needs, whether this is training, work or other aspects of your lifestyle.”

Myth 2: The fresher the food, the more nutritious it is

The majority of people (59 per cent) believe that fresh fruit and vegetables are more nutrient-dense than frozen food.

According to Dr Allison, those people are not far wrong.

However, frozen foods are not totally void of nutrients.

“As a general rule, fresh food can be seen to be more nutritious, but a lot of essential nutrients can be preserved with ‘rapid-freeze’ techniques as well,” Dr Allison explained.

According to the research, over half (54 per cent) of all Brits believe certain foods can help stimulate metabolism or reduce appetite.

“All foods stimulate the metabolism – however, some types of food, such as chilli peppers, can have a greater impact on metabolism than others,” Dr Allison explained.

Eating these foods may help with weight loss, however, the most effective way to lose weight is by maintaining a calorie deficit, Dr Allison said.

In order to achieve a calorie deficit you must eat and drink fewer calories than you burn.

“Certain foods can make achieving this seem easier by making us feel fuller for longer,” he said.

“Nuts are one of these satiating foods and are also super-nutritious as they are high in protein and good fats, which are both beneficial for off-setting hunger.”

One in three (36 per cent) of people believed fasting will speed up the weight loss journey.

In part, this is true. When you fast diet, you put yourself in a calorie deficit as you will naturally consume fewer calories than normal, or no calories at all for a certain period.

At the same time, reducing your calorie intake can alter the way your body burns and stores fat, Dr Allison explained.

“This may not be sustainable in the long term, as your body risks going into starvation mode, which holds a number of risks,” he said.

Around a third (36 per cent) of people believed this was true and although it’s not technically wrong, it’s not exactly right either.

“Eating six small meals a day may be a better approach to avoiding unhealthy snacking, as you won’t have as much time between meals to be tempted into a bad decision,” Dr Allison said.

“However, as long as the nutrient intake between three big meals and six small meals is the same, then there shouldn’t be too much difference between which is the best option.

“The key factor for weight loss is total calorie intake, not the frequency of meals.”

Both yolk and egg white are highly nutritious but in different way, Dr Allison explained.

This means the 29 per cent of you who believed egg whites are more nutritious than egg yolks are wrong.

“In fact, egg yolk has a higher density of nutrients compared to egg white, mainly due to egg white predominantly consisting of water.

“Egg yolk on its own is a high-calorie food, containing 322 calories per 100g, whereas egg white has much fewer calories comparatively.”

Some 29 per cent of you believe the myth that following a low fat diet is actually better for you.

When in fact, following a very low-fat diet can put you at risk of becoming low in certain vitamins.

“That can impact the functionality of your immune system and reduce the body’s ability to heal itself,” Dr Allison said.

“It’s better to avoid saturated fats and make sure that your diet includes healthier fats by including more fish, nuts, seeds, and vegetable oils including avocado and olives.”

Myth 8: You can eat whatever you want as long as you exercise

Around a quarter of people (26 per cent) said you thought you could eat whatever you liked as long as you burnt it off with the equivalent exercise.

However, Dr Allison said this is actually quite hard to put into practice.

He added: “It is an unsustainable approach to rely solely on exercise and disregard the bodily need for food with high nutritional value. “

Myth 9: You need to consume protein right after your workout

Some 26 per cent of you protein buffs thought you had to eat your protein right after your workout for it to be effective.

However, Dr Allison said that anytime up to eight hours after your workout is a good time to drink that shake.

“After a workout your body will attempt to rebuild its glycogen stores as well as repair and regrow those muscle proteins.

“At a time like this, it’s particularly important to take in protein because eating the right nutrients will help your body to rebuild and restore much quicker,” he said.

“Although, ingesting protein immediately after exercise is often recommended, they body’s ability to build muscle is elevated for hours after exercise, so consuming the right amount of daily protein is the priority over timing, for most people.”

Myth 10: Carbs are bad for you

One in four Brits (25 per cent) will avoid carbs when they are trying to lose weight, the research suggested.

However, Dr Allison has said that carbs are vital, especially when you exercise.

“When training, it is important to replenish your core muscle glycogen storage with carbohydrates, as these stores will have diminished during exercise.

“Also, carbohydrates can be good for you in a variety of ways – for example an intake of carbohydrates later in the day may help to promote good sleep.”

He added: “But it does really need to be looked at on an individual basis as it’s not a one size fits all approach.”

According to the research, 21 per cent of Brits think that vitamin supplements don’t work.

“In an ideal world, we’d all get the necessary level of daily nutrients from the food we eat however this isn’t always possible,” Dr Allison said.

However, global estimates reveal that only 20 per cent of populations meet targets for omega-3 fatty acids, and very low blood levels of these are common across Europe.

“That’s why supplements can help,” he adds.

“There are also certain groups who might benefit from a supplement; these include people who are trying to lose weight, sportspeople, vegans, vegetarians, and pre-menopausal women.”

Most food supplements are regulated under food law, which is based on the principle that products must be safe for consumption and not display misleadingly labelled.

However, 19 per cent of you believed supplements were unsafe.

“Before you purchase supplements from any company, check they are regulated,” Dr Allison said.