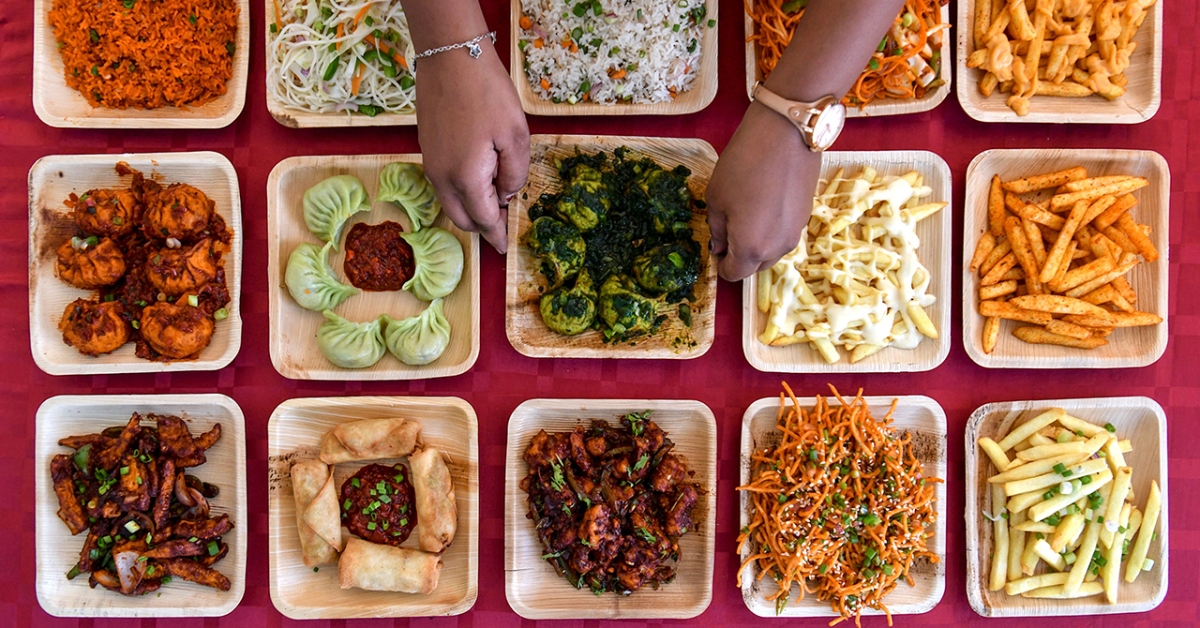 The vast majority of Indian adults (81%) follow some restrictions on meat in their diet, including refraining from eating certain meats, not eating meat on certain days, or both. However, most Indians do not abstain from meat altogether – only 39% of Indian adults describe themselves as “vegetarian,” according to a new Pew Research Center survey. (While there are many ways to define “vegetarian” in India, the survey left the definition up to the respondent.)

Pew Research Center conducted this analysis to better understand how dietary laws and traditions in India are tied to religious identities, beliefs and attitudes. It is based on the 2021 report “Religion in India: Tolerance and Segregation,” the Center’s most comprehensive, in-depth exploration of Indian public opinion to date. For this report, we completed 29,999 face-to-face interviews in 17 languages with adults ages 18 and older living in 26 Indian states and three union territories. The sample included interviews with 22,975 Hindus, 3,336 Muslims, 1,782 Sikhs, 1,011 Christians, 719 Buddhists and 109 Jains. An additional 67 respondents belong to other religions or are religiously unaffiliated. Interviews for this nationally representative survey were conducted from Nov. 17, 2019, to March 23, 2020.

Respondents were selected using a probability-based sample design that would allow for robust analysis of all major religious groups in India, as well as all major regional zones. Six groups were targeted for oversampling as part of the survey design: Muslims, Christians, Sikhs, Buddhists, Jains and those living in the Northeast region. Data was weighted to account for the different probabilities of selection among respondents and to align with demographic benchmarks for the Indian adult population from the 2011 census.

Here are the questions used for this report, along with responses, and its methodology.

Among India’s six largest religious groups, some are much more likely than others to abstain from meat. For example, the vast majority of Jains say they are vegetarian (92%), compared with just 8% of Muslims and 10% of Christians. Hindus fall in between (44%).

Yet, even among groups with low rates of vegetarianism, many Indians restrict their meat consumption. For example, roughly two-thirds of Muslims (67%) and Christians (66%) avoid meat in some way, such as refraining from eating certain meats, not eating meat on certain days, or both. Among Hindus, in addition to the 44% who are vegetarian, another 39% follow some other restriction on meat consumption.

Many Jains avoid not only meat but also root vegetables to avoid destroying the entire plant, which is seen as a form of violence in Jain theology. About two-thirds of Jains (67%) say they abstain from eating root vegetables such as garlic and onions (staples in many Indian cuisines). Even among Hindus and Sikhs, roughly one-in-five say they do not eat root vegetables (21% and 18%, respectively). Hindu vegetarians are about evenly divided between those who eat root vegetables and those who do not.

Fasting is another common dietary practice in India. About three-quarters of Indians overall (77%) fast, including about eight-in-ten or more among Muslims (85%), Jains (84%) and Hindus (79%). Smaller majorities of Christians and Buddhists fast (64% and 61%, respectively), while Sikhs are the least likely to fast (28%).

Religious groups in India fast to mark different occasions. Muslims, for example, fast during the month of Ramadan each year, while other Indians fast on certain days of the week and to mark important life events. Hindus, especially in the South, may fast before every Skanda Sashti – a day devoted to Skanda, the god of war.

In addition to asking about personal dietary habits, the survey asked whether respondents would ever eat food in the home of someone – or at a function hosted by people – whose religion has different rules about food than their own. Overall, Indians are evenly split on these questions, but there are wide variations by group.

Roughly a quarter of Jains say they would eat in a home (24%) or at a function (27%) where the host’s religious rules about food differ from their own, while slightly fewer than half of India’s Hindus and Sikhs say the same. In contrast, six-in-ten or more Buddhists, Muslims and Christians would be willing to eat at a place with different rules about food.

There is a similar pattern when asking vegetarians about eating in different situations. Vegetarian Jains are the least likely to say they would ever eat food in a restaurant that serves both non-vegetarian and vegetarian food or in the home of a friend who is not vegetarian. In contrast, Buddhists, Muslims and Christians are the most likely to say this. Hindu and Sikh vegetarians, meanwhile, fall somewhere in the middle, with three-in-ten or more saying they would ever eat food in these non-vegetarian settings.

Not only do religious dietary traditions impact Indians’ day-t0-day lives, but they also influence concepts of religious identity and belonging.

In fact, Indian adults are generally more likely to say that following dietary restrictions is a requirement for religious identity than to say that belief in God and prayer are essential. For instance, 72% of Hindus say someone cannot be Hindu if they eat beef, but fewer express the same sentiment about someone who does not believe in God (49%) or never prays (48%).

Among Muslims, Sikhs and Jains, even greater shares say that following dietary rules is essential to religious identity: 77% of Muslims say a person cannot be Muslim if they eat pork, compared with smaller shares who say this about a person who does not believe in God (60%) or never prays (67%). More than eight-in-ten Sikhs (82%) and Jains (85%) say that a person cannot be truly a member of their religion if they consume beef. Buddhists are split on the issue, with about half expressing that someone cannot be a Buddhist if they eat beef. (Christians were not asked about eating meat and Christian identity.)

Note: Here are the questions used for this report, along with responses, and its methodology.