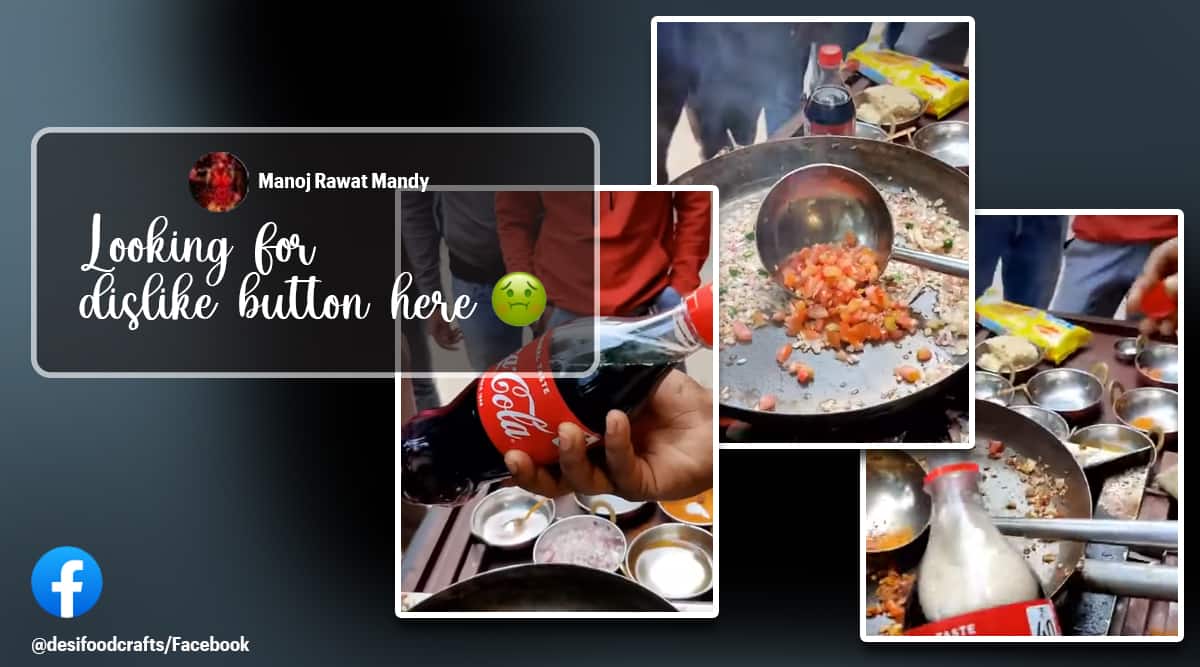 Many people like to pair their steaming Maggi noodles with a chilled glass of Coca-Cola. However, this combination does not go well if the beverage is used in the noodle dish as one of the ingredients.

In a now-viral video, that is being widely circulated online, one can see a streetside food vendor making a “Coca-Cola Maggi”. The video, posted by a Facebook page that goes by the name @desifoodcrafts, shows the vendor making the Coca-Cola infused Maggi at his roadside stall as a curious crowd gathers around him.

The cook starts by adding oil to a pan. Once the oil is well heated, he proceeds to add onion, green chillies, and tomatoes to it and stirs them. Instead of adding water, he pours Cola-Cola into the mix and the ingredients sizzle as the carbonated drink hits the pan. He then adds Maggi into the pan and cooks them till the dish is ready.

Commenting on the odd cooking combination, a Facebook user wrote, “Looking for dislike button here”. Another person remarked, “People just forget cooking food is also a combining chemical process dont just add whatever you want have some common sense”. The video has been viewed over 27,000 times.

Since Maggi is an immensely popular product in India, many people have created their own versions of the instant noodle dish. A few cringe-worthy experimentations with the instant noodle have resulted in Rooh Afza Maggi, cotton candy Maggi, and most recently mango Maggi.