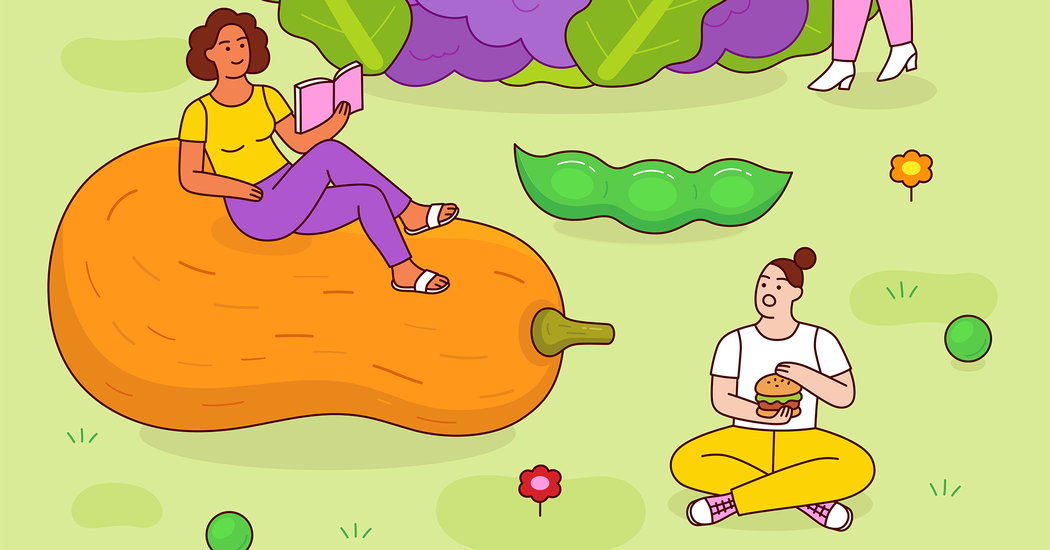 The Lever Act came at a time when the cost of living, including food prices, had risen significantly, by about a third from 1897 to 1916. Americans might have balked at Hoover’s top-down management — he was sometimes called the “food dictator” — but they were, by and large, swayed to join the cause, not least because they were already well versed in practicing the art of thrift when it came to food. Dr. Veit points to recipe books from the era that promoted egg-free cakes and meatless casseroles as a way to save money. There was “huge cultural buy-in to the idea that collectively, we could make small sacrifices — which is how people saw giving up meat — and we’d make the sacrifices in the name of a greater good and get something done,” Dr. Veit told me.

Opinion Conversation
The climate, and the world, are changing. What challenges will the future bring, and how should we respond to them?

Frances Moore Lappé’s 1971 book “Diet for a Small Planet” helped make food a key part of the counterculture. Lappé argued for redirecting food grown to support meat production to directly feed people facing food insecurity and hunger. Her work had long-lasting implications for the American diet, as did vegetarian cookbooks from the 1970s. One such cookbook, “Dick Gregory’s Natural Diet for Folks Who Eat,” helped to inspire a movement of Black vegans and vegetarians seeking better health and a liberation from the standard American diet.

In that decade, Americans responded to rising inflation and stagnant wages by forming food-buying clubs, getting their groceries at wholesale prices. While meat was part of the package for many, it was often an add-on; grains, legumes, fruits and vegetables were usually the focus. What started as a pragmatic way for poor and working-class people to collectively buy food and save money inspired a countercultural opt-out of capitalism that would eventually become a middle-class movement.

Even public figures got involved: In 1977 the new vice president’s wife, Joan Mondale, told reporters that she hoped to continue participating in the 16-family food co-op she organized in her Washington neighborhood two years earlier.

Newspapers and television stations began to report on the co-ops. While the accounts often treated them as curiosities, the co-ops were often seen as “worth it for the savings,” Jonathan Kauffman, author of “Hippie Food,” said. “The food co-ops then also became this mechanism for politicizing, sort of publicizing the message that the counterculture had been developing around food.”

Until the 1970s, the number of American vegetarians was negligible. With the spread of new attitudes toward food, that figure rose to 6 percent by 1999 but then stayed there, with a 2018 Gallup survey finding that 5 percent of American adults were vegetarian. With the rise of feel-good labels like “organic” and “natural” and farmers’ markets that promise locally grown, humanely raised meat — as well as a new, more sophisticated generation of meat substitutes — the message now is less about abstaining entirely than reducing our overall intake.

There is an inherent conflict in asking people to change their most personal habits because of climate change when government policy puts few restraints on polluting industries like oil, gas, coal and automobiles. Still, the answer isn’t either-or; it’s both-and. Rising prices for all kinds of consumer goods are exerting pressure on Americans, but our food spending can be modified more easily than what we pay at the gas pump. We do not have to become, overnight, a nation of vegetarians and vegans, but we could adjust what we eat to save both our pocketbooks and our planet.