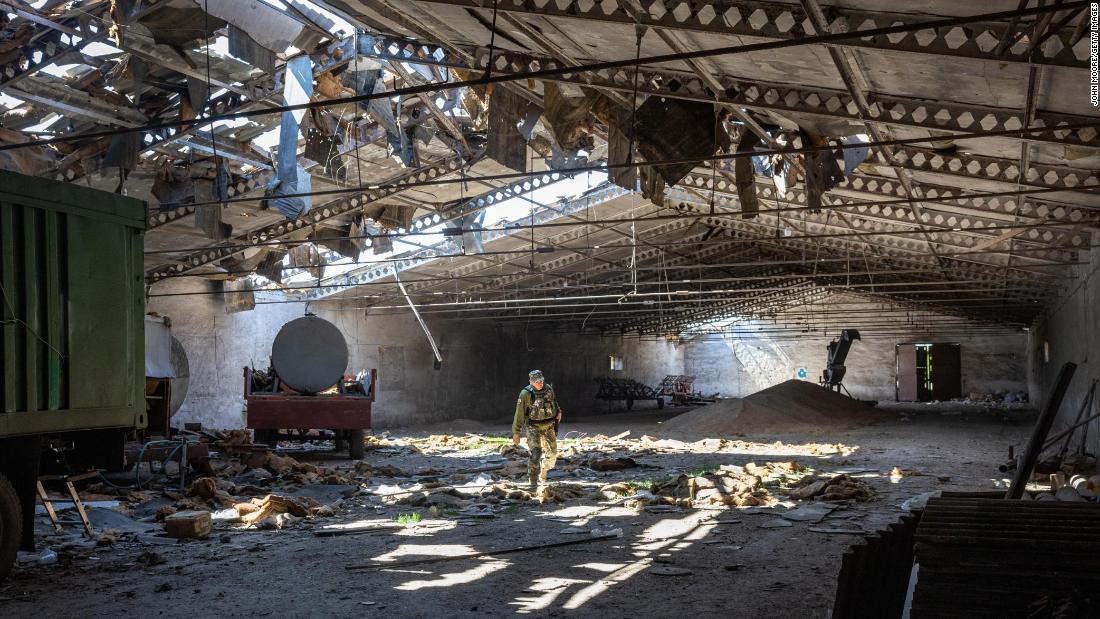 And they did. In March, the FAO Food Price Index from the United Nations jumped to its highest level since it was created in 1990, feeding fears that a global food crisis was rapidly taking shape.

Yet in the months to follow, wheat prices — along with the price of other agricultural products — dropped. The FAO Food Price Index has declined for three consecutive months. Is the threat of famine, protests and distress from higher food prices behind us?

Not quite, according to Tracey Allen, agricultural commodities strategist at JPMorgan Chase.

“Our outlook for food prices still tells us the supply and demand balance here is still really delicate,” Allen told me. “We still have critically low exportable [stores] of grains and vegetable oils.”

Breaking it down: Let’s stick with wheat prices. There are a few reasons they’ve dropped almost 45% from their March highs and are down nearly 25% since the beginning of May, per wheat futures traded in Chicago.

A lot of speculative activity tied to the outbreak of war in Ukraine has pulled back as investors take profits, Allen said. Traders have also been reconfiguring their portfolios to brace for a possible recession, which could hit demand for some agricultural products.

What’s more, anticipation has been building for an agreement to get massive stores of grain out of Ukraine. Last Friday, Ukraine and Russia struck a deal to resume wheat exports from ports on the Black Sea, which was heralded as a major diplomatic breakthrough.

But Allen said there are huge risks to the outlook, and predicts another sharp rally in wheat prices is coming. She thinks they could jump another 20% and 30% just to reflect actual conditions in the market.

The United Nations has said that the first shipment of Ukrainian grain under the Black Sea deal will move within days. But there are major questions about the tenability of the accord following Russia’s strikes on the port of Odesa Saturday.

“The attack cast serious doubt on the credibility of Russia’s commitment,” US Secretary of State Antony Blinken said.

The logistics around transporting grain from a dangerous war zone are also complex and will require buy-in from a matrix of commercial and government players.

Scorching heat in the Northern Hemisphere could also jeopardize future crop yields, Allen said. Plus, we’re entering a period where demand traditionally ramps up, adding to strain on supply.

“There’s a lot of vulnerability in this market,” Allen said.

On the radar: The FAO Food Price Index for June was still 23% higher than it was one year earlier. And Máximo Torero Cullen, the organization’s chief economist, warned that many of the dynamics that initially pushed up prices haven’t gone away.

“The factors that drove global prices high in the first place are still at play, especially a strong global demand, adverse weather in some major countries, high production and transportation costs and supply chain disruptions due to Covid-19, compounded by the uncertainties stemming from the ongoing war in Ukraine,” Cullen said.

Walmart slashes profit outlook as it marks down goods

America’s biggest retailer is faced with a tricky problem: It has too much stuff on its shelves that people don’t want to buy as they watch their wallets.

The latest: Walmart (WMT) said Monday that its customers are shopping differently as they deal with the effects of food and fuel inflation. That’s requiring markdowns to clear out excess inventories of products like clothing.

Lower prices may be cause for celebration among shoppers, but for Walmart and its investors, it means lower profits.

The company said Monday that it was cutting its profit outlook for the second quarter and the remainder of the year. Shares are down more than 9% in premarket trading.

Other retailers are getting battered, too. Amazon’s stock is 3% lower, while Target is off 5%. Macy’s and Kohl’s are both down 4%.

The takeaway: If stores are starting to slash prices, that could help ease inflation. But they only have so much room to discount without absorbing huge losses themselves — something most companies are loath to do.

The consumer goods giant Unilever (UL) said Tuesday that it hiked prices by more than 11% in the second quarter of this year, which single-handedly drove its sales growth.

The company, whose top brands include Ben & Jerry’s ice cream and Dove soap, has raised prices for six consecutive quarters as it works to offset higher ingredient costs for its products.

Stocks are on track for their best month of the year

The first half of 2022 was awful for stocks. But investors have seen a rebound in July. In fact, markets are enjoying their best month of the year, my CNN Business colleague Paul R. La Monica reports.

The big question: Will the good times last? Some analysts argue that there are few reasons left to sell, with a lot of skepticism already baked in.

Earnings from the biggest American companies could also provide fresh volatility. A deluge of data lies ahead this week, including earnings from Google, Microsoft, Facebook parent Meta, Apple and Amazon.

The Federal Reserve’s upcoming policy announcement could also generate turbulence if Chair Jerome Powell is more hawkish than expected, raising fears the Fed could be so aggressive it tips the US economy into a recession. If it’s too dovish, however, concerns will rise that the central bank won’t be able to get inflation under control.

Coming tomorrow: The Federal Reserve is expected to hike interest rates by another three-quarters of a percentage point as it fights price rises.