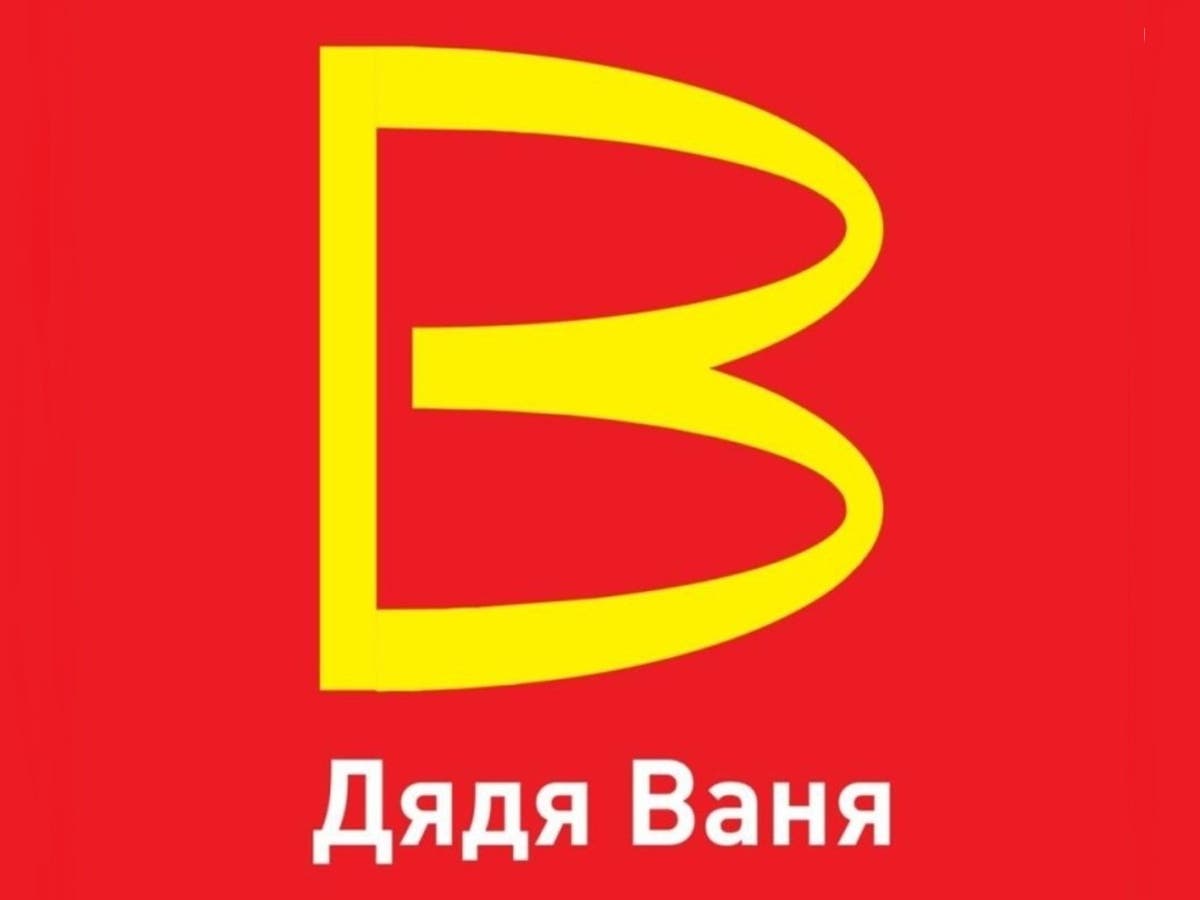 A Russian restaurant chain billed as a replacement for McDonald’s has reportedly revealed a logo that is extremely similar to the fast-food giant’s famous gold arches.

A trademark registration for the Uncle Vanya franchise was filed last week with Russian authorities, according to media reports.

McDonald’s last week said it would temporarily close all 847 of its restaurants in Russia as global brands face consumer pressure to oppose Vladimir Putin’s invasion of Ukraine.

Uncle Vanya’s new logo is apparently modelled on the cyrillic “B”, which refers to the “V” in Uncle Vanya, and social media users were quick to point out its similarity to McDonald’s branding.

The mayor of Moscow said domestic chains could replace the 250 McDonald’s restaurants in the Russian capital within a year, Russia’s Interfax news agency said.

He reportedly suggested the replacements would be preferable to the US giant as 99 per cent of their ingredients would be Russian.

The city council was said to have awarded 500m rubles (£3.7m) to domestic fast food chains.

McDonald’s stopped operating in Russia last week more than 30 years after its arrival served as a symbol of warming relations between east and west at the end of the Cold War.

“Our values mean we cannot ignore the needless human suffering unfolding in Ukraine,” McDonald’s President and CEO Chris Kempczinski said in an open letter to employees.

The Chicago-based burger giant said it would continue paying its 62,000 employees in Russia “who have poured their heart and soul into our McDonald’s brand”.

Mr Kempczinski said it was impossible to know when the company will be able to reopen its stores.

The Independent has a proud history of campaigning for the rights of the most vulnerable, and we first ran our Refugees Welcome campaign during the war in Syria in 2015. Now, as we renew our campaign and launch this petition in the wake of the unfolding Ukrainian crisis, we are calling on the government to go further and faster to ensure help is delivered. To find out more about our Refugees Welcome campaign, click here.