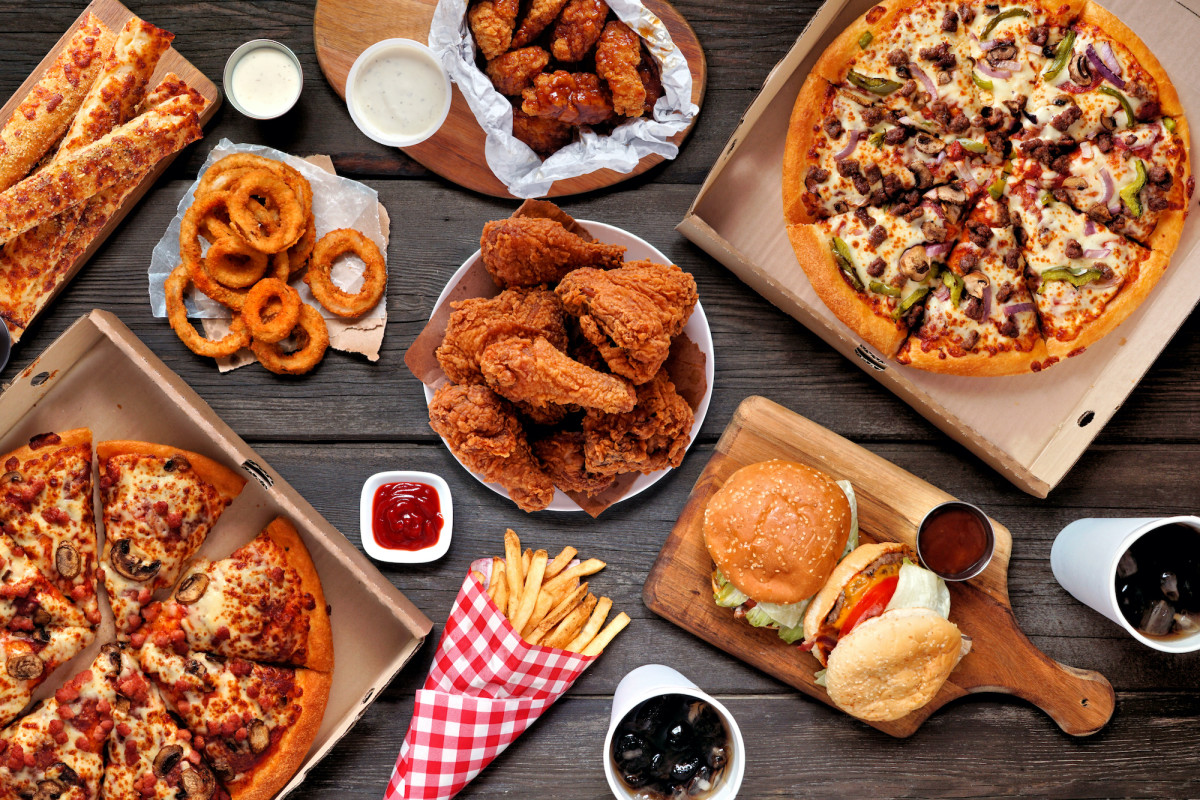 The fast food market was valued at $647.7 billion in 2019 and is estimated to reach $931.7 billion by 2027, according to one market research firm. Most Americans eat fast food one to three times a week, and the average American household spends 10% of their annual income on fast food.

The high sodium content of most fast foods can cause headaches and high blood pressure, and the carbohydrates and sugars can cause acne, blood sugar spikes and even damage your tooth enamel, according to Healthline. Other effects of fast food include high cholesterol and depression, and ultimately health problems that can lead to heart disease and stroke.

People who eat at fast food restaurants tend to take in an extra 190 calories a day, according to Healthline. That can add up to 18 pounds a year.

FDA menu-labeling regulations require most fast-food restaurants to provide calorie and nutrition information for standard menu items. You may have noticed it at your favorite quick-serve restaurant or coffee shop. It’s a bit of a shocker to see that your daily frozen coffee drink might hold a third of your day’s calories, or that “personal-size” pizza is over 900 calories.

We looked at the nutrition information from the menus of the 30 biggest fast-food chains in the U.S. to find the single item at each chain that has the highest calorie content. We excluded combos and meals, and sizes that might reasonably be intended for multiple people, such as a 16-inch sandwich or a 20-piece order of nuggets.