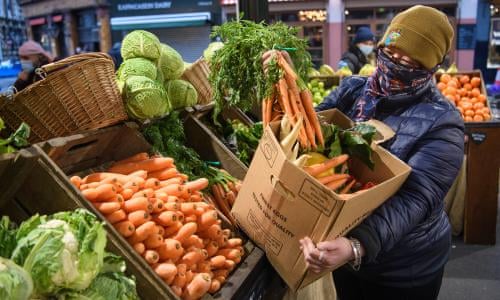 What is it with Tories and their ridiculous stereotyping? If it isn’t “Waitrose woman” then it’s “vegetarian Guardian readers” (Tory MPs spend jubilee weekend placating angry voters, 5 June). I suppose we should be thankful that they don’t feel more emboldened by Boris Johnson’s liberal use of insulting stereotypes.

I’m a vegetarian Guardian reader (a subscriber, in fact), but I doubt that the MP who made this remark has someone like me in mind. I’m also a subscriber to the Financial Times, I do not own a kaftan and I live in a house in bluest Berkshire, not a yurt in the forest. But more pertinently, any political party really needs to appeal to someone like me, rather than make cheap assumptions. Why? Because in most respects “people like me” (in my case, white, retired, male, comfortably off) are exactly the same as those who are the usual objects of prejudice and scorn, whether they be women, ethnic minorities, the “undeserving” poor or, God forbid, remainers.

So come on, Guardian, defend this rich white man’s honour. Strike back. Show them how idiotic they make themselves look when they resort to these lazy cliches – which are, let’s remember, also a crucial component of the Tories’ so-called culture war. You can’t attack the “woke”, for instance, without relying on some widely shared (and conveniently hazy) assumptions.

Having said all that, no one likes a thin-skinned killjoy of any sort. A bit of joshing at one’s own expense is obviously fine – necessary, in fact. So make it funny too.
Robin Prior
Wargrave, Berkshire