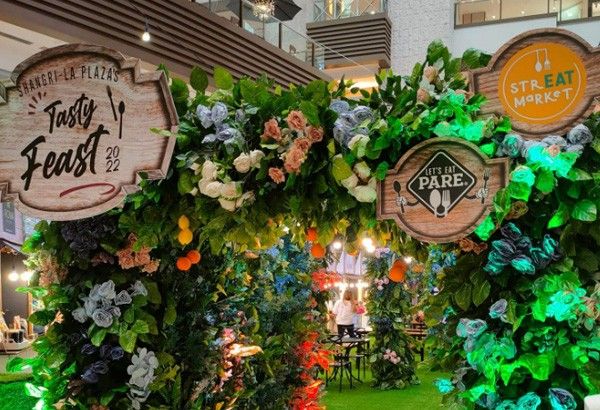 Guests enjoyed five days of savoring old and favorite eats and treats and exploring new flavors and cuisines as a “Dealightful August” continued at the Shang.

Tasty Feast gathered some of the mall’s beloved restaurants where they get to showcase signature dishes or sample new creations that’ll satisfy every craving. For the event, foodies got to enjoy a range of culinary delights from American, European, and Asian fares.

The Tasty Feast experience began by checking out the American recipes from Kettle that served comfort food from the American South like the popular BFC or Buttermilk Fried Chicken, classic Mac ‘n Cheese, and grilled cheese. Or some went for something more indulging by getting hefty servings of ribs, steakburger meals, and meat platters at Tender Bob’s.

Pancake House offered a variety of classic pancakes and waffles and even some Filipino dishes like Tocino, Daing na Bangus, and Beef Tapa. Yellow Cab and Auntie Anne’s were also present in the event.

There was truly also a culinary delight for every foodie at Tasty Feast as it also featured Spanish and French cuisines. Savor the rich flavors of a Spanish bistro by trying tapas, paella, cochinillo, and wines at Wobbly Pan.

Some guests took a culinary trip to France at Café Lyon as it offers French-inspired hearty meals like Bouillabaisse or seafood stew, Pot Au Feu or beef shank and bone marrow simmered in a light broth, and coq au vin or chicken braised in red wine, bacon, vegetables, and fresh herbs.

Japanese dishes like sushi, teriyaki, and tempura in SumoSam were also available. There’s also Corazon that offers a fusion of Filipino and Spanish cuisines like Paella with Taba ng Talangka and US angus beef steak Tagalog.

Apart from Shang’s go-to dining places, Tasty Feast also brought together other restaurants and food communities. StrEAT Market, a well-known street food hub in the metro that has tickled every taste bud with its wide food offerings from Korea, the Middle East, Hong Kong, and more, also dished up a spread at the Shang event. Foodies also checked out popular food community Let’s Eat Pare, which has thousands of followers on social media, which was also present at the Tasty Feast.