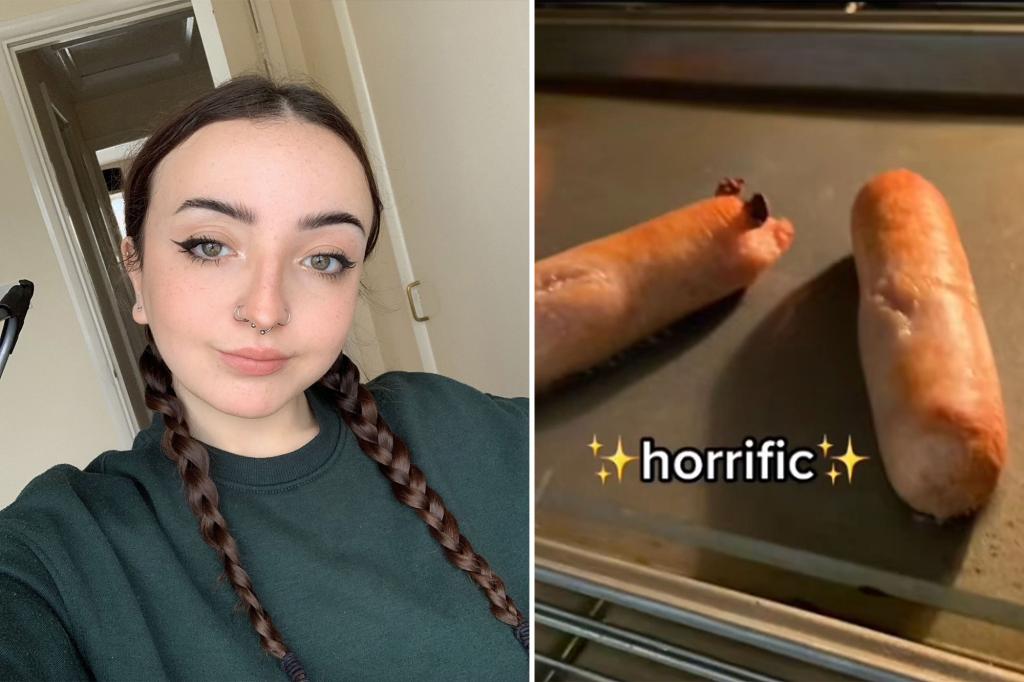 A UK vegetarian’s attempt to cook meat for her boyfriend backfired horribly after one of the sausages seemingly sprouted a nose and ears like a pig. Photos of the aporkalytpic cooking disaster, slapped with the hashtag “traumatized,” are currently eliciting squeals of laughter across social media.

“I was so disgusted, I thought it was horrible,” Chrissie Anker, 21, told Kennedy News of the culinary calamity, which occurred while she was cooking sausage and chips for her boyfriend Joe and her daughter.

“I usually cook vegetarian food for him and our daughter every night,” explained the Biggleswade, Bedfordshire native, who went meat-free four years ago. “I thought I’d give him something different because I felt bad — it’s a rare treat in our house.”

She added that despite always wanting to be a vegetarian, she’d “not really ever been that bothered about meat.”

That all changed during that fateful meal, when Anker seemingly experienced the sausage-making process in reverse.

“When I looked in the oven while they [the sausages] were cooking, it looked like a pig,” described the aghast plant-lover. “I noticed what looked like ears. I was telling Joe then when I opened the door, it looked like it had a snout as well.”

Initially amused by the swine-looking schnitzel, Anker took a pic of the cookalike to share with the fam — but subsequently decided to delete it “because it was so horrible.”

Nonetheless, the little piggy ended up going to market. “Joe thought it was really funny as well. I asked him if he was going to still eat it because it looked like an actual pig — he still did,” said Anker.

The senior support officer has since shared photos of the hot “hog” on social media, where viewers have commented that the image has made them swear off sausages forever, Kennedy News reported.

“I just thought it was quite funny so I just posted it, but I wasn’t expecting so many people to see it,” said the mortified meat-slinger. “Loads of people were saying it’s really gross and others said they were meat eaters but this made them not want to eat sausages again.”