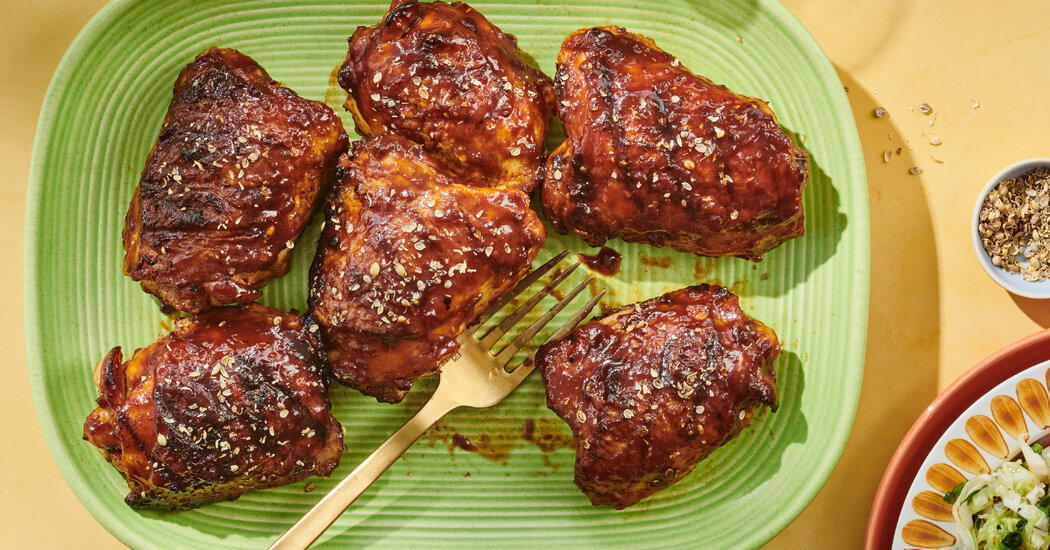 I don’t always cook with recipes, particularly in the middle of the week when I’m in no mood to follow anyone’s orders. You should give that a try. This prompt for a dinner of fettuccine with ricotta and a fistful of mint is a good place to start.

Here’s a spicy shrimp masala from the coastal cities of South Asia: Tomatoes, lemon and cilantro balance out the heat. Serve with basmati rice and a stack of the naan I learned to make from the British cookbook author Meera Sodha, who learned it from her aunt. Make extra rice, so that you can use it the next day to anchor …

… a platter of stuffed peppers, the leftover rice mixed with ground beef, chopped fennel and onion, fire-roasted tomatoes, plenty of spices and a topping of mozzarella. “So good and so simple,” one subscriber noted beneath the recipe.

Now, it’s nothing to do with cottage cheese or line-caught tuna, but I enjoyed Adam Nagourney’s article for The Times about the Chicana artist Judy Baca, who after 50 years is receiving widespread attention for her work.

In The Guardian, Simon Parkin has a fascinating look at the monetization of Albert Einstein’s likeness by his estate, which has earned $250 million since his death in 1955.

Finally, my pal Gilbert put me on to this new track from Angel Olsen, “Big Time.” (The video takes about a minute to set up its narrative before the song kicks in, but stick with it.) Listen to that while you’re cooking. And I’ll be back on Monday.