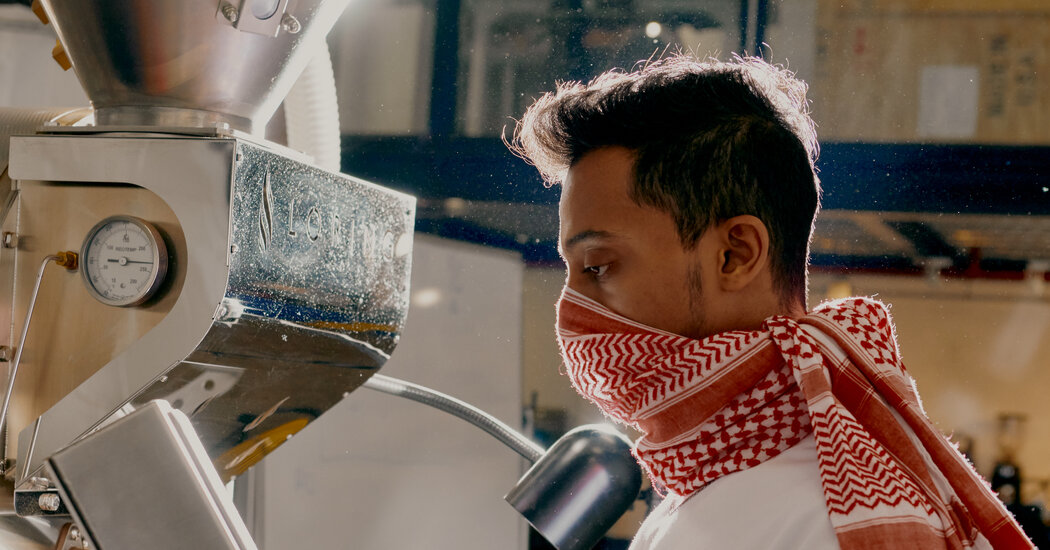 Most of the proprietors are in their 20s or 30s, and all of their businesses opened within the last few years. “After the war began, many young Yemeni-American merchants felt like they needed to help shine a light on Yemen,” Debbie Almontaser, a prominent Yemeni activist and educator from Brooklyn, said. “The best and most informative way is through coffee, our contribution to civilization dating back hundreds of years.”

The coffee plant, Coffea arabica, first bloomed in the highlands of Ethiopia, but by the 15th century, according to early European and Arab sources, it had crossed the Bab-el-Mandeb strait to Yemen, where Sufi monks transmuted the plant’s red cherries into the drink we know today. Traders spread the pips, or “beans,” throughout the Ottoman Empire and beyond, introducing them to Istanbul and Cairo, and then to Vienna and Venice and Paris.

Those bitter seeds made Yemen rich, but by the 18th century, Europeans had begun smuggling them out of the country, transporting them to colonies like Martinique and Java, where workers were forced to grow them on plantations for little or no pay. Cheap coffee flooded the market, and the Yemen coffee trade withered. By 1800, Yemen accounted for just 6 percent of the global product.

What didn’t wither was Yemen’s entrepreneurial spirit. “One thing I love about my people is that they’re determined,” said Ms. Almontaser, who helped establish a trade organization called the Yemeni American Merchants Association in 2017, a direct response to President Donald J. Trump’s crackdown on Muslim immigrants. “They come to the United States, not speaking a word of English, and put themselves in a bodega, and apprentice themselves for a minimum wage salary, and learn the business, and save their money, and start a business of their own.”

Like caffeine, she said, “entrepreneurialism is in our blood.”