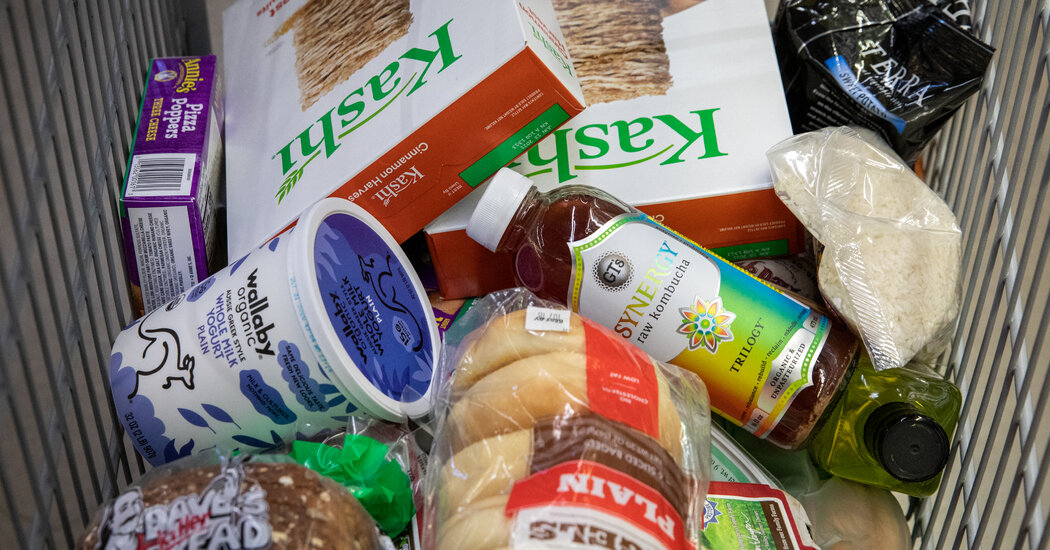 Water, avocados, nuts and seeds, fatty fish like salmon, and certain oils — which do not currently qualify as “healthy” — could earn the distinction under the new guidelines.

The new definition of “healthy” emphasizes whether a food fits into a healthy dietary pattern overall, as opposed to just focusing on a food’s individual nutrients. Salmon, for example, which isn’t considered “healthy” under the current definition because it is high in fat, would earn the new “healthy” distinction because it is rich in beneficial omega-3 fatty acids and protein and low in saturated fat and cholesterol.

“The F.D.A. has been really behind the times when it comes to making stricter guidelines for these things,” said Dr. Selvi Rajagopal, an assistant professor of medicine at Johns Hopkins Medicine and a diplomat of the American Board of Obesity Medicine. “When I read this, I thought, OK, this is good. I was pleased.”

Typically, after the F.D.A. proposes a rule, the agency seeks commentary from outside health experts and the general public before the rule can go into effect, said Dr. Peter Lurie, executive director and president of the Center for Science in the Public Interest. The process can take a year or more, he added.

While he applauded some aspects of the proposed update, especially the limit on added sugars, Dr. Lurie stressed that there is a fundamental problem with the label, which as with the current label, would remain voluntary. Consumers might erroneously think that any foods without a “healthy” label are automatically unhealthy. “It’s not really helpful in that respect,” he said. “It allows the industry to decide what to convey to the consumer, as opposed to providing the consumer with what they would clearly want.”

Instead, Dr. Lurie and others in the nutrition field are pushing for new standardized, mandatory nutrition labels placed on the front of food packages, which the F.D.A. is currently looking into.

In the meantime, the agency hopes that an updated definition will help consumers make better dietary decisions, to help lower the incidence of “diet-related chronic diseases” like cardiovascular disease and Type 2 diabetes. More than 80 percent of people living in the United States aren’t getting enough vegetables, fruit and dairy in their diets, according to the F.D.A.

“There’s been so much mixed messaging on what’s healthy and what’s not,” Dr. Rajagopal said. “The average consumer just doesn’t have a baseline.”