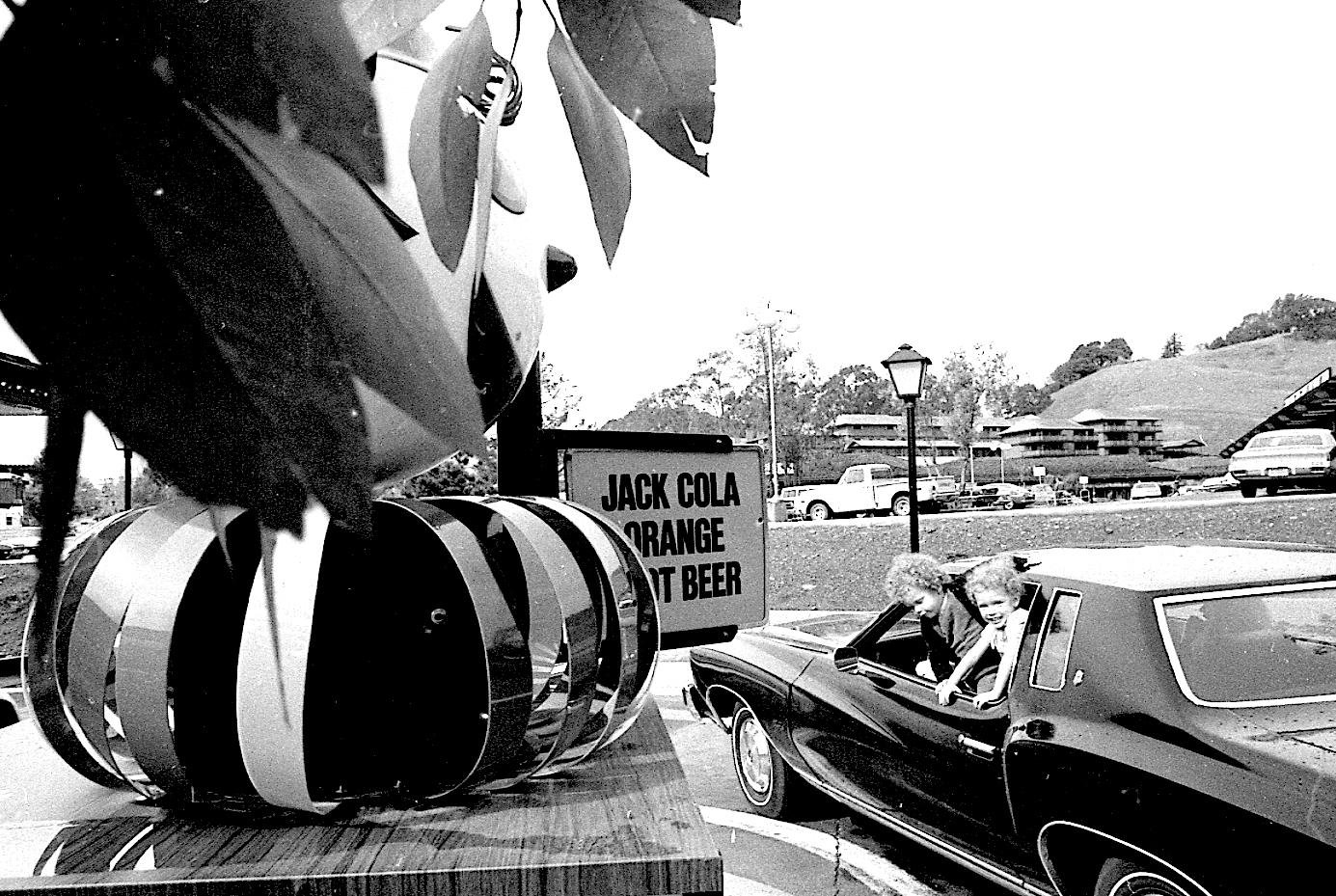 When Taco Bell
brought back the Enchirito
by an overwhelming customer vote last month, it should have been the fast food equivalent of “Top Gun Maverick.”

One of the original Taco Bell menu items from the 1970s and 1980s — a beef and bean enchilada only much bigger — restored to its former glory, at a time when this country had oh-so-little to celebrate. But as I ordered this not-as-great-as-I-remembered foodstuff at the end of
the three-week window of availability, it was more bad nostalgia than good nostalgia.

The stunt highlighted how much everything has changed, for the worse, in the fast food industry.

I’m not nostalgic for many things from 40 years ago — happy to leave
“Just Say No,”

the AMC Pacer
and long distance telephone charges behind. But the vibes of a Jimmy Carter-era Jack in the Box and Burger King were definitely superior to fast food in 2022.

Gather ‘round kids, let’s grab some historic fast food photos from The San Francisco Chronicle archive, and let me tell you five reasons why fast food used to be so much better …

1. You could order food from a clown head

Fast food used to be like a Disneyland ride, paying attention to presentation and sticking to a central theme.

Taco Bell had a Mission-style brick facade, with a bell on top of the building and a round fire pit near the outdoor seating. (As I reported years ago, national Taco Bell officials forced franchise owners to move
to more ethnically ambiguous architecture, creating a net positive when real Mexican food restaurants moved into the old spots.) McDonald’s had a cast of characters that comprised of a government run by a leader
whose flair included
a little top hat and sash,
law enforcement
and
criminal enterprise. With just four channels on television, this was our “The Wire.”

Jack in the Box had a clown head with a microphone at the drive-thru. I don’t remember all of my friends from childhood, or really any math, but I remember every interaction with that clown head.

2. There were five things on the menu

Before I knew algebra or the state capitals or the starting lineup for the Giants, I had the entire menu for Taco Bell memorized. That’s because there were literally five things you could order: Burrito, Taco, Tostada, Enchirito and a little bowl of pinto beans.

It was easier to remember than your phone number. And when, on the rare occasion, a fast food chain added a new item, it was a HUGE event, like a new Michael Jackson album drop or a national election. This isn’t hyperbole. I would bet a shift working the drive-thru that McDonald’s spent more on its 1984
marketing for the McDLT
(
“it keeps the hot side hot and the cool side cool!”) than Ronald Reagan spent to become president of the United States.

Now, there are more like 40 items on a fast food menu, and they rotate every 12 minutes, making me feel 146 years old whenever I pull up to a drive-thru. Why can’t I order a 7-Layer Burrito any more? Does Taco Bell have something called Nacho Fries now or was that a dream?

Yes, I’m old, but you will be too. And you’ll wish for a McDonald’s and Burger King menu that is as consistent as the lineup to the band U2.

3. You could work there on your birthday

We’re getting very specific, but this one is important nonetheless. Because McDonald’s would let you work there on your birthday — and it was incredible.

This was not real work with a paycheck and contributions to Social Security, but more like when they let you visit the cockpit of a 747 and “fly the plane.” In the 1970s and 1980s your parents could call a McDonald’s and arrange a birthday party which included paper hats, a visit from the manager and a behind-the-scenes tour of the restaurant. And before the Chuck E. Cheese-ification of children’s birthday parties, this was a pretty great afternoon for an 8-year-old. A McDonald’s meal, a tour (including the deep fryer!), a sheet cake, playing tag in some park and then sweet dreams of someday being the assistant manager of a franchise of my own.

4. The portions were normal

There were a lot of things trying to kill us kids in the 1970s and ’80s.
Automobiles.
Playground equipment.
A literal serial killer.

But the portions at fast food restaurants weren’t one of them. This was before we habitually ate like pythons, seemingly ingesting a day’s worth of calories in one five-minute binge.

The portion insanity is most noticeable in modern fast food drinks,
which can range
from a 16-ounce small to a 40-ounce extra large, which is roughly twice as much as an adult bladder can hold. I looked at dozens of Chronicle archive images, and the largest drink I saw anyone holding appeared to be about 12 fluid ounces. The people holding these reasonably-sized cups look like giants in the photos, because fast food cups this size don’t exist any more, unless you ask for a free cup of water.

There was no super-sizing or giant cravings boxes aimed at weed smokers. Just normal-sized meal combos that didn’t make adults feel like crawling into the nearest hole to die when they were done.

I know what you’re thinking:
“You’re complaining because you get more now?”
And the answer is yes. There are a few things in the world that are better if one gets less of it:
the running time for Michael Bay movies, dental work and Burger King french fries.

5. They gave away better stuff

I have no way to judge if the quality of fast food has actually declined or if it’s just my imagination. (Hypothesis: Everything from a Burger King tastes better when you’re 11.) But they definitely used to give away better stuff.

The list of things I got from a fast food restaurant from the 1970s to early 2000s includes my first good 49ers hat, a VHS copy of “Indiana Jones and the Last Crusade” and a “Lord of the Rings” glass that has a light feature on the bottom.

Now the Happy Meal toys include as much poorly functioning plastic crap as possible, as if McDonald’s corporate bonuses are tied to the metric ton of waste that ends up
in the Great Pacific Ocean Garbage Patch.

I wish I still had that hat.