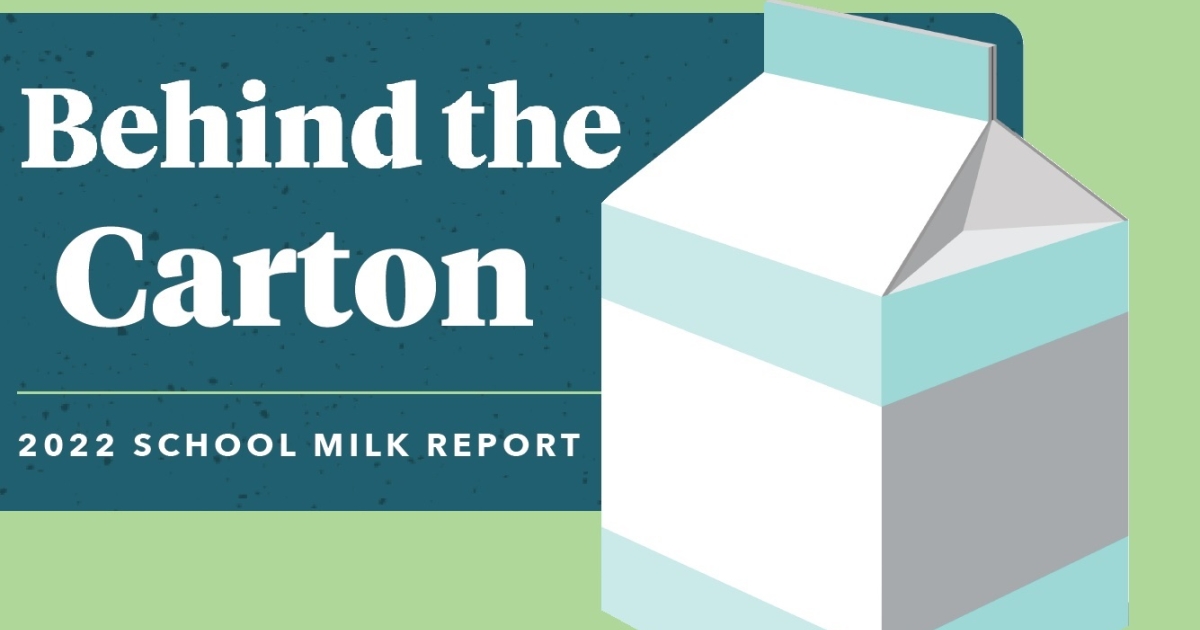 A first-of-its kind analysis of the milk products sold into the national school lunch and breakfast programs found that school milks vary widely in their nutritional quality, with some products being too high in sodium or added sugars, and with some containing behavior-disrupting synthetic dyes.

Researchers at the nonprofit Center for Science in the Public Interest examined Nutrition Facts and ingredient data for 51 products produced by 11 leading dairy companies which shared information with CSPI. (Many companies refused.) The 51 products included 22 unflavored and 29 flavored milks.

Milk naturally contains up to about 120 milligrams of sodium per cup. Unsurprisingly, no unflavored milks had much more. Flavored milks, on the other hand, generally do add salt. Among the flavored milk products, sodium content varied dramatically—between 95 and 250 mg—even between products sold by the same company. The researchers found 16 chocolate milk products that would, on their own, account for a half (170 mg) or more of safe sodium levels aligned with the Dietary Guidelines for Americans for grades K–5 at breakfast. Not all flavored milk products, however, contain that much sodium: Producers Dairy Foods Inc. has a fat-free chocolate milk (150 mg) with only 20 mg more sodium than its unflavored fat-free milk (130 mg). In comparison, Upstate Niagara Cooperative Inc.’s fat-free chocolate milk (250 mg) contains 135 mg more sodium than its fat-free plain milk (115 mg).

The CSPI researchers found no milks in their sample with low-calorie sweeteners like aspartame or acesulfame-potassium. They did, however, find five flavored milks—all strawberry—with synthetic food dyes such as Red 40. Synthetic food dyes are not appropriate for the school meals program since they cause or exacerbate behavioral problems—including classroom difficulties—in some children, according to CSPI. But four of the strawberry-flavored milks either avoided color additives entirely or used safe color additives (like beet juice color), suggesting synthetic chemicals aren’t necessary to impart a pink color.

“Thanks to the Healthy, Hunger-Free Kids Act, and a decade of hard work on the part of school food service providers and many companies that sell to schools, school meals have never been healthier,” CSPI policy coordinator Sam Hahn said. “But milk producers and the U.S. Department of Agriculture could—and should—do more to reduce sodium, added sugars, and synthetic dyes in milk. Some companies are already producing flavored and unflavored milks that keep sodium and added sugars under control—which suggests all producers could.”

By law, the school meal programs must comply with the advice in the Dietary Guidelines for Americans, the latest version of which recommends less than 10 percent of calories from added sugars. The USDA is expected to begin a rulemaking process to align school meals with the Dietary Guidelines for Americans early next year. CSPI also recommends that milk producers reduce sodium, added sugars, and dyes in their flavored milks, and that USDA require that manufacturers of all products in school meals phase out the use of synthetic sweeteners and dyes altogether.