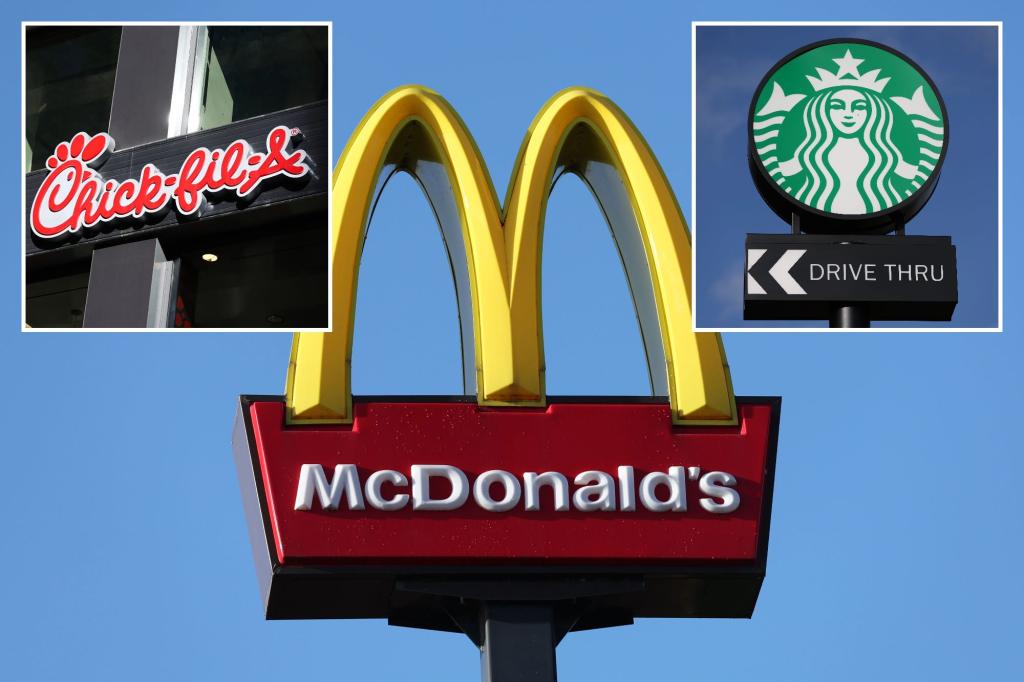 While McDonald’s may be the world’s largest fast food chain, it ranks dead last in customer loyalty, according to a new survey.

Market Force asked 5,000 North American consumers about their fast food habits and recent experiences and found that the home of the golden arches was least likely to impress patrons.

Meanwhile, Chick-fil-A beat out all other chains when it came to customer loyalty, while West Coast joint In-N-Out followed close behind.

Controversial, Christian-owned chain Chick-fil-A was also named the usually woke Gen Z’s favorite restaurant this year. And while the restaurant is known for its revolutionary drive-thru, another study found it to be the slowest of all fast-food chain lines.

Even with its quirks, Chick-Fil-A was deemed America’s favorite restaurant for eight years running.

So what is Ronald McDonald lacking that the Chick-fil-A cows are packing? The survey used five factors to calculate customer satisfaction: Food quality, speed of service, friendliness of staff, the atmosphere in the restaurant and value received for money spent.

It also asked about brand image and company values. Both Chick-fil-A and Starbucks garnered polarizing reactions from customers. Most people had good things to say about the chain, but they also saw a high number of negative critics.

Firehouse Subs must be doing something right, as it did not get one negative remark from any of the 5,000 participants.

Perhaps the even newer generation, like the baby girl nicknamed “Little Nugget” after her mother gave birth in a McDonald’s bathroom, could help with the chain’s customer loyalty.