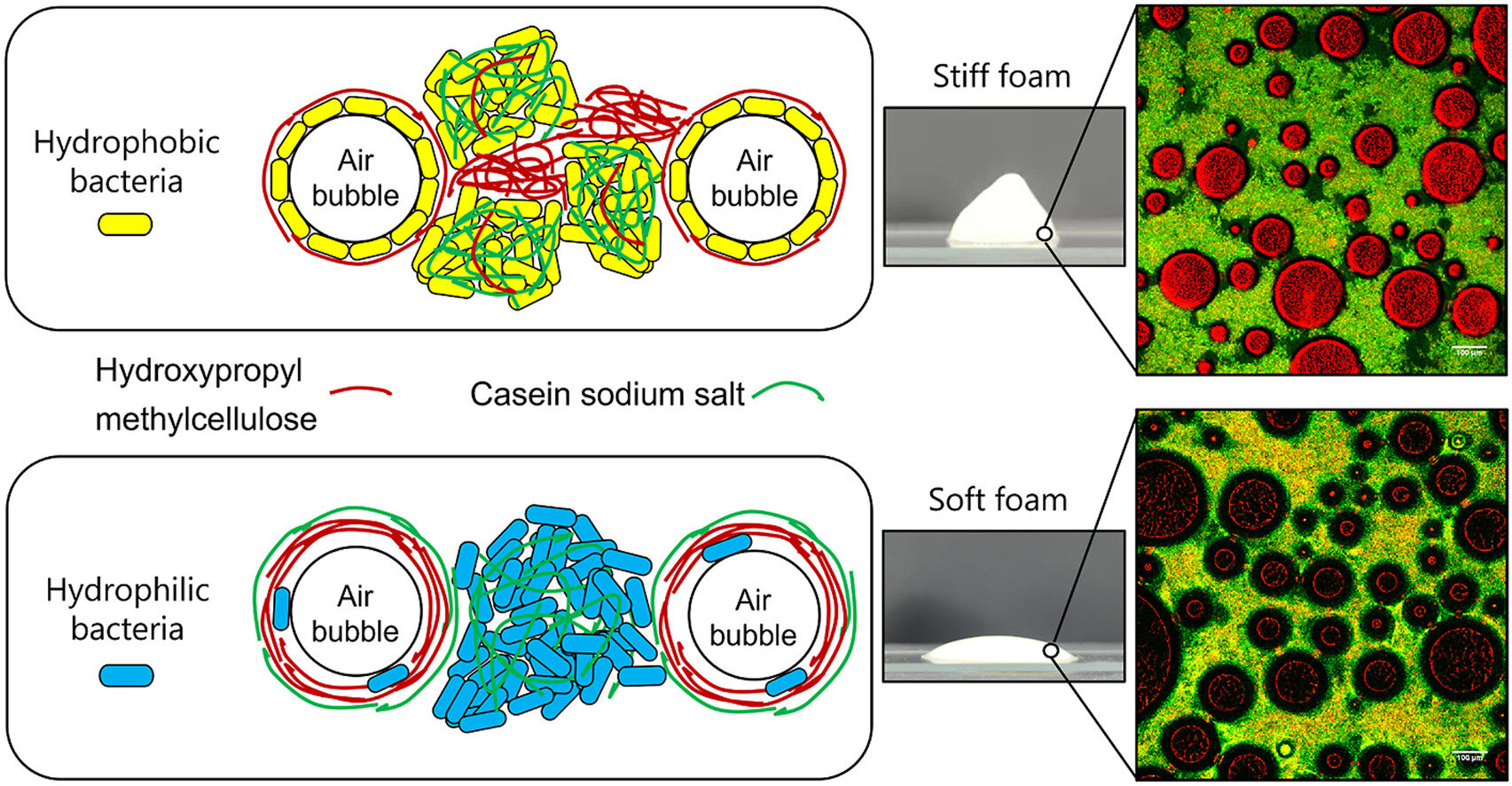 It’s no secret that whipped cream is composed of 38% saturated fat, making it a not so fluffy caloric and climate issue as well. Therefore, a group of researchers at the University of Copenhagen’s Department of Food Science set out to develop a low-fat, more sustainable alternative.

“The most difficult aspect of developing an alternative food is getting the texture right. Whipped cream undergoes a unique transformation that occurs in a complex system where a high saturated fat content makes it possible to whip the cream stiff. So, how do we create an alternative where we avoid the high fat content, while still achieving the right consistency? This is where we need to think innovatively,” explains Associate Professor Jens Risbo of the Department of Food Science.

An entirely new role for bacteria

For a number of years, Risbo and a group of researchers have been working on using lactic acid bacteria as tiny building blocks for creating food. They have now succeeded in illustrating their knowledge by creating a whipped cream in both fluffy and stiff versions.

“We usually associate bacteria with something to keep away from food. But here, we base a beloved food product on good bacteria found in nature. This has never been seen before. This is advantageous, both because it is a renewable resource grown in a tank, and because it creates a healthier, less energy dense, fat-free product,” states Jens Risbo, who is the lead author of the study, now published in the journal Food Hydrocolloids.

Lactic acid bacteria are ubiquitous. Some live on plants, while others are found naturally on human and animal mucous membranes, as well as in their digestive tracts. In the food industry, these bacteria are used to culture yogurt and as a preservative for cold cuts. Here, they are put to work in an entirely new way—to serve as the building blocks of a food product, where they play the leading role.

How whipped cream is made

Dairy-based whipped cream is formed as the fat globules in cream clump up during whipping, until the airy foam stabilizes and provides the strength necessary to stand and not let liquid drain out. This requires a lot of fat globules, which is why heavy whipping cream has a fat content of 38%.

While there are a number of non-dairy artificial whipped creams on the market, they are made from other saturated sources of fat, such as coconut or palm fat, which are imported from the tropics. Furthermore, they contain at least 25% fat. Finally, their production is usually complicated to manage and involves a long list of E-number food additives.

“Here we only use four ingredients—water, bacteria, a bit of milk protein and a single thickener. With these few ingredients, we’ve managed to make a fat-free product that can be whipped, peaks up and retains the liquid,” explains Risbo.

The UCPH researchers used two different lactic acid bacteria for the two versions of the bacteria-based foam, both of which are roughly the same size as the fat globules in dairy-based whipped cream.

The differing surface properties of each bacteria provide the foams with different structures. One bacterial species, whose surface likes water, forms a weak network that produces a softer foam. The second bacterial species, which is more similar to fat, forms stronger networks and thus a stiffer foam that can stand in taller, pretty peaks.

Risbo points out that the bacteria-based foam is a proof-of-concept, which should not be seen as a stand-alone product, but considered as new knowledge that provides insight into how to create a similar food structure using non-dairy sources.

“We’ve shown that bacteria can be used to create the right structure. Now that we understand the context and have learned which surface properties are important, it opens up the possibility of using many other things from nature. This could be yeast residue from brewing, or perhaps small building blocks that we extract from plants. This would make the product very sustainable,” concludes Jens Risbo.

Provided by
University of Copenhagen

Citation:
Bacteria-based, fat-free whipped cream could be a food of the future (2022, October 28)
retrieved 17 November 2022
from https://phys.org/news/2022-10-bacteria-based-fat-free-cream-food-future.html