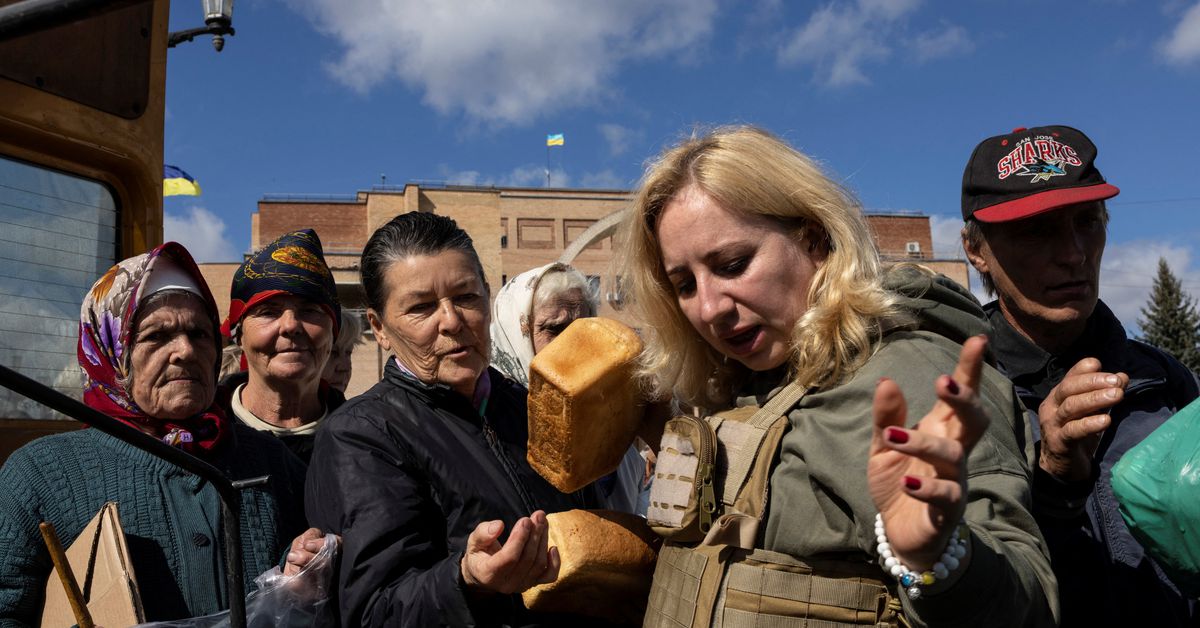 WASHINGTON, Sept 30 (Reuters) – The Ukraine war’s disruptions to grain and fertilizer flows have prompted the worst food security crisis since at least the one following the 2007-2008 global financial meltdown, with some 345 million people now facing life-threatening shortages, the International Monetary Fund said on Friday.

A new IMF research paper estimates that the 48 countries most exposed to food shortages face a combined increase in their import bills of $9 billion in 2022 and 2023 due to the sudden jump in food and fertilizer prices caused by Russia’s invasion. This will erode reserves for many fragile and conflict-affected states that already face balance-of-payments problems after a grinding pandemic and rising energy costs, the IMF said.

“For this year alone, we estimate that highly exposed countries need as much as $7 billion to help the poorest households cope,” IMF Managing Director Kristalina Georgieva and other IMF officials said in a blog posting.

The war has worsened a food crisis that has been growing since 2018, due partly to the increasing frequency and severity of climate shocks and regional conflicts, they said.

The Fund called for a rapid increase in humanitarian assistance through the World Food Programme and other organizations as well as targeted fiscal measures in affected countries to aid the poor. But it said governments needed to prioritize fighting inflation.

“Near-term social assistance should focus on providing emergency food relief or cash transfers to the poor, such as those recently announced by Djibouti, Honduras and Sierra Leone,” Georgieva said.

The Fund also called for eliminating food export bans and other protectionist measures, citing World Bank research that these account for as much as 9% of the world wheat price increase.

Improved crop production and distribution, including through increased trade finance, is also vital to addressing the current food price shock, the Fund said. It added that investments in climate-resilient agriculture, water management and crop insurance are also needed to cope with drought and other unpredictable climate events.

The new research and recommendations were released as the IMF’s Executive Board approved increased year-long emergency financing access through a new food shock window for the most vulnerable countries.

The new emergency facility could provide as much as $1.3 billion in additional IMF financing for Ukraine.

Ukraine was among the top five grain exporters before the war, accounting for some 15% of global corn exports and 12% of wheat exports, and a resumption of shipments from Black Sea ports under a deal with Russia has only partly eased shortages. But the conflict is reducing Ukraine’s future crop production.