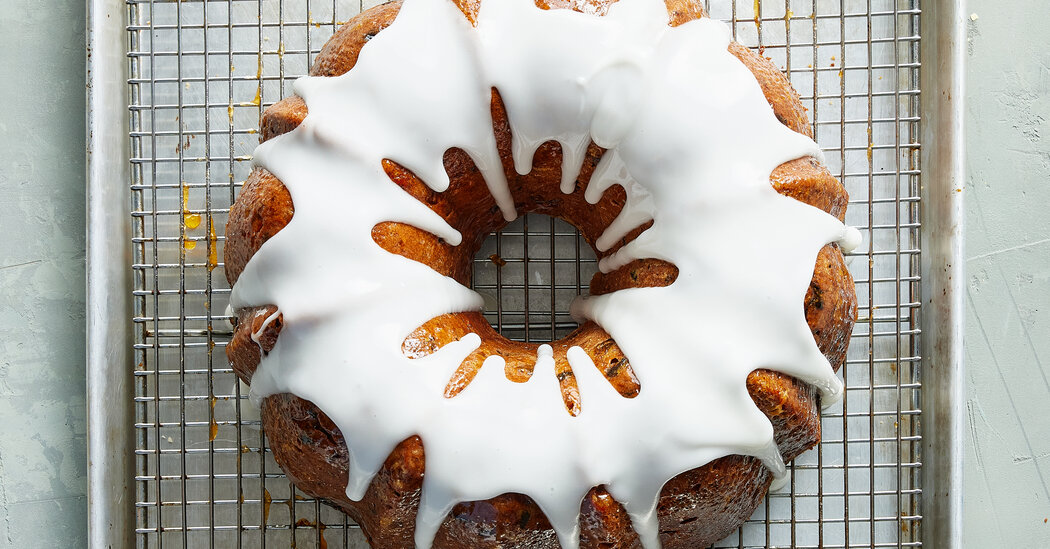 What would the holidays be without jokes about fruitcake — that it’s leaden, dry and hard, better used as a doorstop or dumbbell than served as dessert?

Every December, fruitcake’s loathsomeness is enshrined on greeting cards and in cartoons. The comedian Johnny Carson famously cracked that there was but one fruitcake in existence that’s passed around continuously from person to person. Fruitcake, in short, is an archetype of bad food.

While it’s arguably appropriate to malign mass-produced fruitcakes — the ones studded with preternaturally green and red glacéed cherries, and topped with shellacked pecan halves — doing so isn’t fair to traditional English fruitcake. That recipe develops a spicy, molasses‌-‌y flavor and a rich, tender crumb‌ from a lengthy aging process (after the cake is baked, it’s periodically basted or “fed” with high-proof alcohol and kept tightly wrapped for several weeks or even months). If more people could taste this kind of fruitcake, which is light-years away from the dreaded bricks that bear the same name, they would forget all about its negative reputation.

Fruitcake, I believe, is due for a rebirth. To that end, I set out to create a recipe that possesses all of the complexity of flavor, moist texture and staying power of the traditional cake, but skips the time-intensive aging process so it can be enjoyed right away.

A dense amalgamation of dried fruit and nuts held together by a thick, buttery batter, fruitcake was originally a way of preserving fruit and nuts. The cake slowly absorbs the alcohol during the aging process, which prevents spoilage, then it’s covered in jam and marzipan before being hermetically sealed in royal icing. In this state, uncut, it would keep for months and even years.

My version skips all that, and, while the cake won’t last for years, it will keep for well over a week on your countertop. The batter, mixed with a hand mixer, includes almond paste (a nod to the usual marzipan covering), which helps increase the cake’s preservative qualities with its high sugar and fat content. Aside from a generous quantity of soaked dried fruit, the batter contains no added liquid, keeping the proportions of sugar and fat high and fostering an environment in which bacteria is unlikely to thrive. As a bonus, the fruitcake’s flavor actually improves the longer it sits.

For the dried fruit, I call for prunes, apricots, cherries, currants and cranberries, and, in an ersatz aging process, let these macerate overnight in a combination of orange juice and rum so they soften and take in those flavors before they’re folded into the batter. This combination is particular to my tastes (and notably avoids raisins, which I find overwhelmingly sweet), but use any dried fruit you like as long as the pieces are cut roughly the same size.

Candied citrus peel is almost always included in fruitcake, but, because it’s hard to find in the United States, I add freshly grated lemon and orange zest to the batter instead, which brightens up the cake’s interior flavor and dials down the sweetness. Also tempering the sweetness are toasted walnuts, which bring some needed crunch.

Dark rum or brandy are typically used in fruitcake, but you could choose another high-proof, aged spirit, such as whisky. While you’ll get the most complex flavor from a decent-quality spirit that you wouldn’t mind sipping straight, there’s no need to use anything very expensive either. Because this recipe isn’t aged like traditional fruitcake, the spirit’s flavor predominantly serves to enhance the other flavors.

Once unmolded from its Bundt pan, the finished cake is glazed with strained apricot jam, which gives the exterior a high-gloss finish. Then, as a final flourish, it’s topped with a snow-white icing that falls in appealing drips down the sides. Both touches recall the traditional finish and help seal in the moisture contained in the fruit. If you’re making the cake ahead of time and traveling with it — a move I highly encourage, since it keeps so well — wait to top it with the icing until just before serving.

If none of this persuades you to make fruitcake, consider some of the feedback I received during the testing process. When my husband, a tough-but-fair critic, tried the cake for the first time, he told me it tasted like a recipe that an English bakery had been making for 200 years. My mom liked it so much that she asked me for the recipe and made it for a special occasion with her friends — in the middle of summer!

So not only is this fruitcake so good you’d choose to enjoy it during the holidays, you might even make it year-round. Believe it.