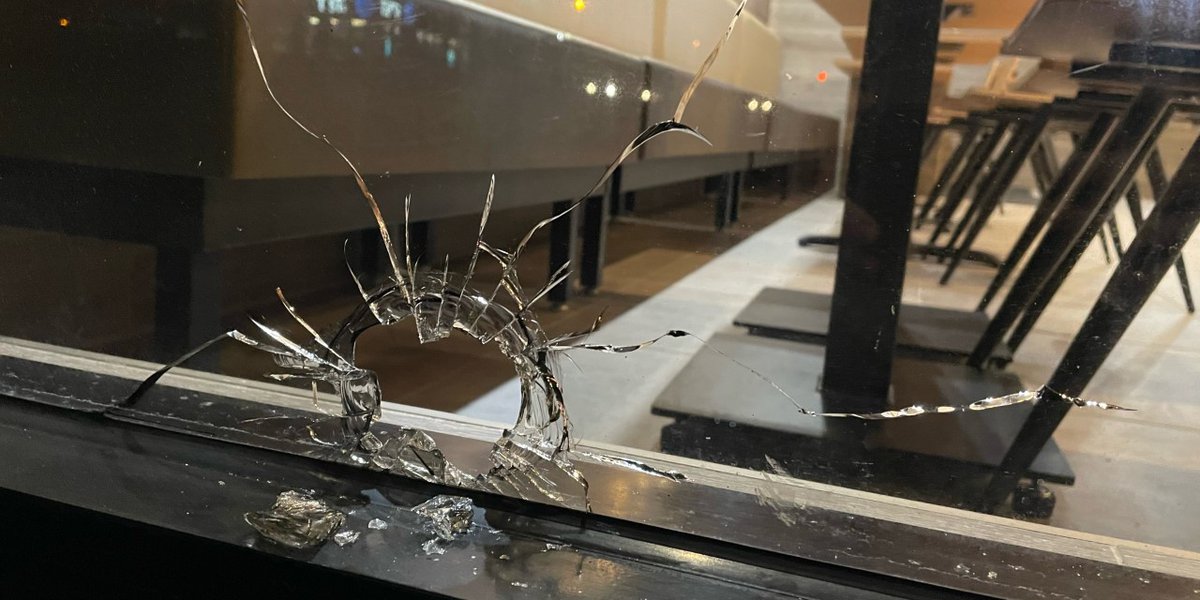 The victim who was hit drove himself to the hospital, according to TPD.

At this time no one has been arrested, and it’s not yet clear who was being targeted when the shots were fired.

An investigation is underway after a Tallahassee fast food restaurant was hit by a bullet in an apparent drive-by shooting, said a police spokesperson.

It happened Saturday night around 8:45 p.m. at the Burger King near the intersection of East Park Avenue and Magnolia Drive. One person was injured when a vehicle that was driving by opened fire, according to the Tallahassee Police Department. A watch commander said the person was expected to survive, but the extent of their injuries was not disclosed.

The bottom half of a window located directly in front of a table for customers had a large hole in it and shards of glass were littered below on Sunday night. The window was parallel to Magnolia Drive. The business, located in the Winn Dixie shopping center, was open for business.

The investigation is ongoing and no arrests have been made, said police.

WCTV has reached out to Burger King for comment, but has not heard back.