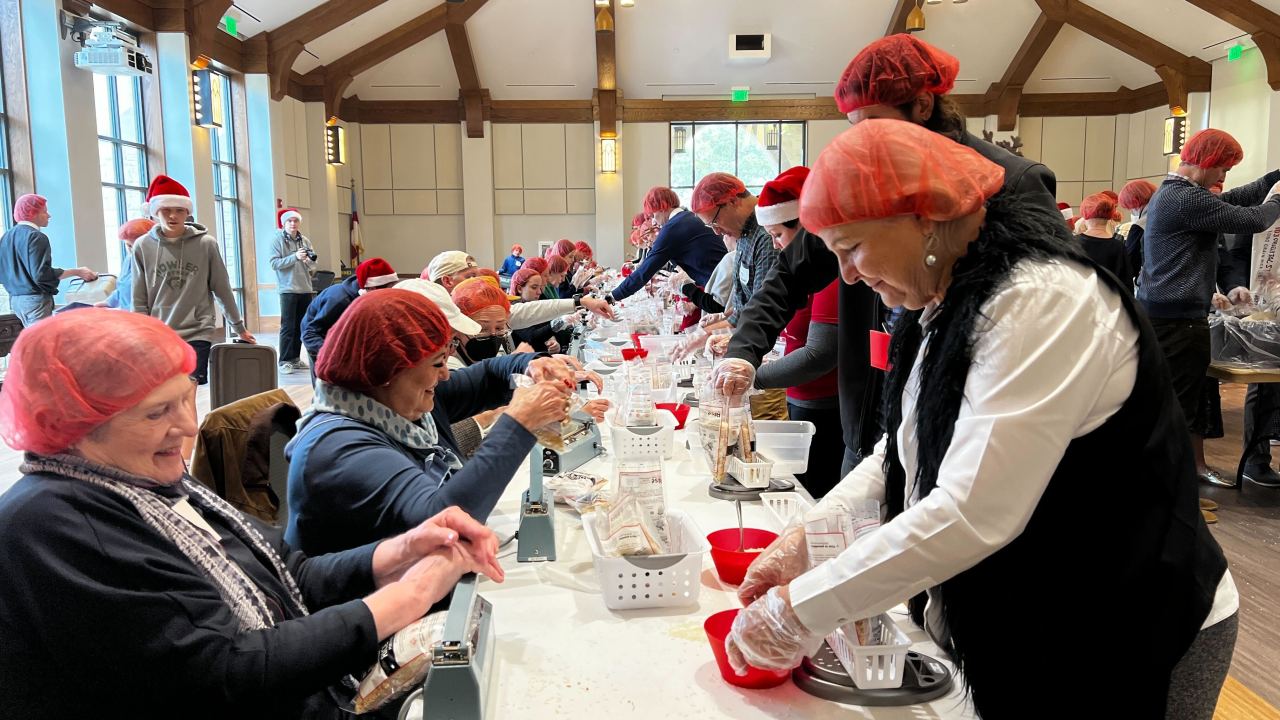 The meals will help feed people facing hunger and food insecurity across the world, per a press release. Approximately 250 people were expected to take part in Sunday’s packaging drive.

The Episcopal Church of the Good Shepherd has collaborated with Rise Against Hunger since 2014, hosting several meal packaging events.

More than 190,000 meals have been packaged and delivered since the church began collaborating with the nonprofit eight years ago, the release added.