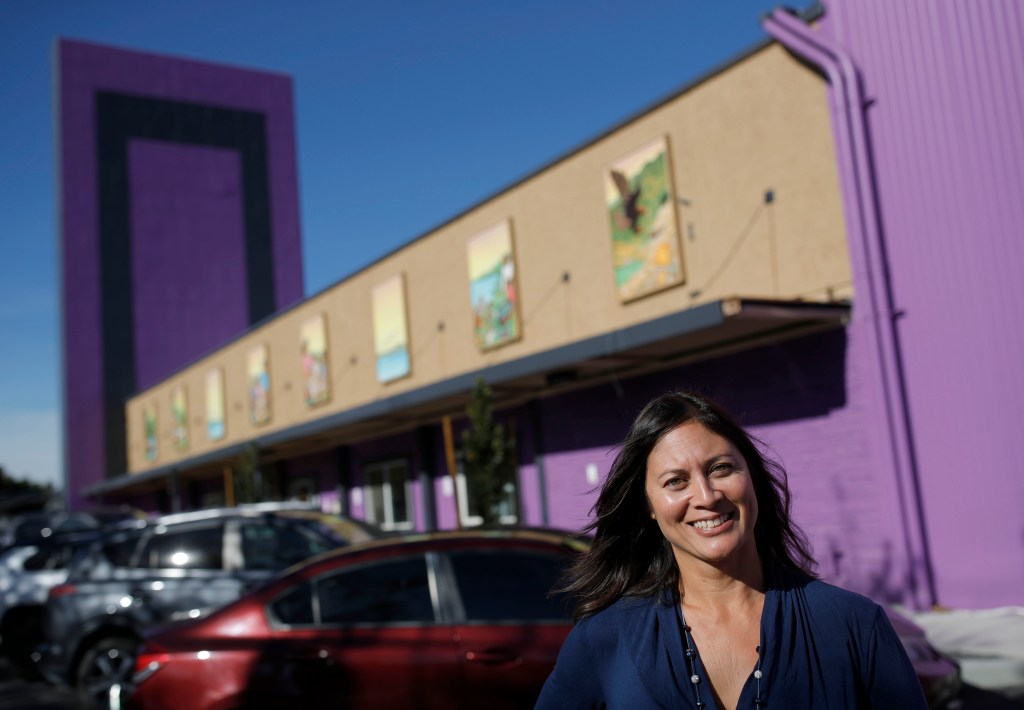 For Susie Quesada, food has always been front and center. As a young child she taste-tested exotic Filipino ice cream, as well as different flavors of homemade breakfast sausage, lumpia and more for her family’s business.

Grandmother Maria Quesada, a native of the Philippines, had opened her first store, Orientex, selling import handicrafts in Mountain View in 1969, later adding Filipino ice cream with tropical flavors such as mango, green tea, avocado, ube (purple yam) and lychee under the Magnolia label. The family-run company would become a leading American innovator of tropical ice cream and milk bars – produced in Oakland and then Pittsburg.

Quesada had always worked in the family business, but when it came to settling on a career, the Walnut Creek resident looked elsewhere.

“I always loved working with kids,” Quesada said, noting she enjoyed coaching youth soccer. “So when I went to college, I thought I’d love to teach, so I went about getting my teaching credential.”

But then there was that unforgettable family dinner. Her dad, Primo Quesada, said, “How would you like to work in the family business? What if something happens to me?” By the end of the dinner, the San Lorenzo middle school teacher agreed to take a leave of absence from teaching.

Quesada never went back, but rather found a way to incorporate her teaching skills in her new career in the family business.

“The skills that I brought mostly were listening and curiosity and culture building,” she said.

Quesada sat down with this news organization to discuss the Pittsburg business that now employs 250 to 300 workers. The interview has been edited for length and clarity.

Q: How did Ramar Foods get started?
A. My grandmother (the late Maria Quesada) was a serial entrepreneur. She started many businesses in her lifetime. So she started this one when they came over here from the Philippines in the late 1960s. She had 11 kids, and in the Philippines, when you have that many kids, you need to find jobs for them. Well, so she just started opening businesses, and each one a kid would take over.

She started selling Filipino handicrafts at the flea market in San Jose. And then people started asking for some jewelry, furniture, things like that … and some foods that are basic to the Filipino diet. In the beginning, our company had a few retail stores as the Filipino community was growing here, and she would import products and my dad and his brothers and sisters would unload the containers and sell them.

My grandmother was the visionary, so she’d come up with the idea, and then she’d have somebody execute it. So it was either her husband or one of her kids, and in this case, it was one of my uncles and my dad who were running it (Ramar Foods).

Q: What were some of the challenges?

At first, my mom or aunt or uncle would make it and people would come over and taste the different flavors. Eventually, he started having someone cook these products. He’d find a manufacturer until we had enough critical mass to invest in our own equipment.

Q. You were involved in the company early on?

A. My dad had a warehouse in Oakland. There was a small room in that facility and he had an ice cream machine that he used to start making ice cream. I was working in the business when I was 8. I was putting all the labels on the ice cream. I got one cent for every one that I did.

Q.  How did you later transition from teaching to running the family business?

A. My dad said that it would take me two years to love it. I started working in accounts receivable and then in inventory. I went through each department and learned different parts of the business, and I started to see how it all connected. I think that the most compelling thing for me was that my dad had built this business, and all of these families that work for the business they rely on it, this is their livelihood. And so I kind of realized when my dad didn’t make it to my soccer games when he was busy building this business.

Q. What helped you as a woman running an international business?

A. I was really lucky in that when I first took over. I was able to tap into some really great business organizations. One is the Women Presidents Organization. It’s a global organization that helps women with running a business. And through that, I have a local chapter that I meet with every month and we talk about things that can help us grow our businesses. And through that, I won a scholarship to Harvard Business School for their Owner President Management program. I completed that in 2018. It was very eye-opening. That was my business school. I met amazing people in other industries. And they’ve also helped me when it comes to the strategy of what we want to do next as a company. I really rely on these business groups, because it just challenges you and I love the challenge. I think that’s what’s helped us with our plans moving forward.

Q. What is your family’s legacy with this company?

Q. What are the names of brands of foods customers in the Bay Area might recognize and where would they purchase them?

A. Our most prominent brand is the Magnolia brand, which houses our ice cream, our meats – sausages and cured meats – and some of our lumpia. They can be purchased at all Asian supermarkets and found in some other areas, depending on where you are. Costco carries our egg rolls and some Walmarts also carry our foods.

Q. What are some of your new popular foods?

A. We launched a boba ice cream two years ago but then there was a global shortage (of boba), so we had to relaunch it in 2021. Now there’s a stable supply. It’s one of those products that I think a lot of people know about – especially the younger generation. It was just a way to bring our same flavors to a new generation. This year we are also launching the Bliss line, an ice cream that is low-fat, low-sugar. Then we launched a new flavor of ube and cookies and cream this year.

Q. What makes your company special?

Q. How did Ramar Foods survive the pandemic and what does the future look like?

A. We’re just very excited that the supply chain has been figured out after the pandemic. It’s nice to actually have a product. During the pandemic, it was really difficult to just even get raw materials and to keep up with demand. The grocery market business was very good but it was not so good for our restaurant market. A lot of our restaurant customers closed. We tried to help them with technology … and get them on (food) delivery services.

1. Loves the outdoors and hikes two miles a day.

2. Loves to cook and eat – including leftovers.

3. Her favorite food is a Filipino dish called kare-kare, an oxtail stew made with a peanut butter base.

4.  Loves soccer. She plays both women’s and co-ed soccer, indoors and outdoors.